Phelan, who previously won the domestic title with Wimbledon in 1988, feels this match will prove the managerial credentials of Chelseas Lampard, 42, and Arsenals Arteta, 38. 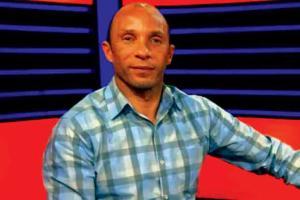 
AS Chelsea and Arsenal face off in tonight's FA Cup final at Wembley, former Blues's defender Terry Phelan reckons it's not just a clash between the teams but a battle of two young managers—Frank Lampard and Mikel Arteta.

The 139th FA Cup final will be an all-London affair.

Phelan, who previously won the domestic title with Wimbledon in 1988, feels this match will prove the managerial credentials of Chelsea's Lampard, 42, and Arsenal's Arteta, 38. Both took up jobs when their clubs were in tough situations last year.

Lampard's infusion of youngsters has been impressive while Arteta's attacking style of play has been much appreciated.

"It's a big one for the managers. Lampard will not be happy with just that [Top-4 spot in the English Premier League] after all the hard work he has put in this season. When he took over, Chelsea had a transfer embargo. All he had was a bunch of academy youngsters. With them finishing so high is commendable. Now, he has a trophy in sight. A win will be absolutely brilliant for him. It will be a bonus," says Phelan, who is an expert panellist for Sony Ten.

As for his opposite number, Phelan, 53, feels his attacking philosophy has worked wonders. "Arteta took up the managerial job at Arsenal mid-way through the season and that's always tough. But he has got the club back to winning ways and their victory over Manchester City [in the FA Cup semi-final] showed that the team are buying into his philosophy.

Now, if he wins this final and seals the Europa League spot, he can strengthen his case as the best man for the job," says Phelan, who made 15 appearances for Chelsea
(1995 to 1997) .

The Gunners, who last lifted the trophy in 2017 with a win over the Blues, have won the FA Cup a record 13 times, while Chelsea are eight-time winners with their most recent win coming in 2018 [1-0 win over Manchester United].

Phelan however, believes Chelsea have an edge over Arsenal.

"Chelsea will be favourites considering they have a little more experience. They beat both Manchester clubs this season. Arsenal did beat City but Chelsea are really coming into form at the right time. The pressure will definitely be more on Arsenal than Chelsea and that will affect the way they play," concludes Phelan.

Next Story : And they'll win him too