Luis Enrique’s possession-based system demands a goalkeeper brave enough to distribute to nearby team-mates, even when under immense pressure from opposition forwards 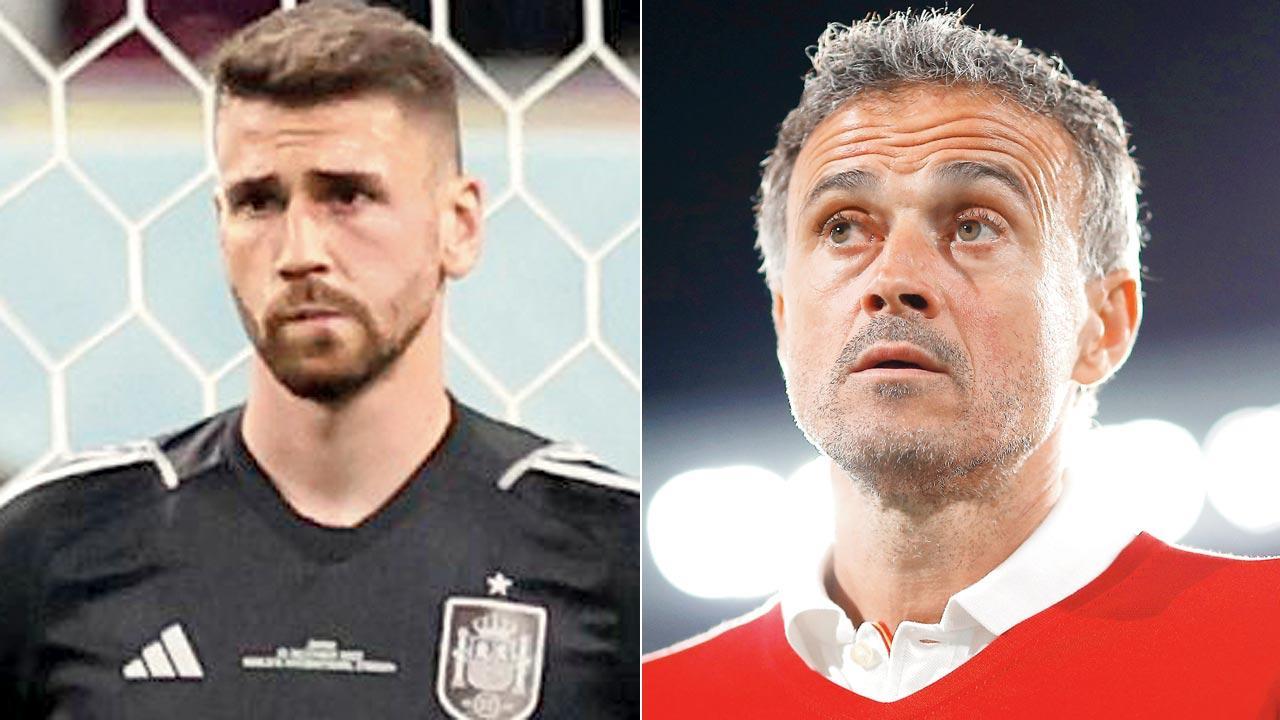 
Spain’s hopes of winning a second World Cup trophy in Qatar lie in the hands —and feet—of goalkeeper Unai Simon.

Luis Enrique’s possession-based system demands a goalkeeper brave enough to distribute to nearby team-mates, even when under immense pressure from opposition forwards. Simon survived scares against Germany in the 1-1 group stage draw, while he was at fault for Japan’s first goal in their shock 2-1 win over Spain on Thursday. With Spain losing, for a few minutes La Roja were due to be eliminated. They dodged that bullet when Germany triumphed, progressing in second place from Group E to set up Tuesday’s last 16 clash with Morocco.

ITV pundit Gary Neville claimed Simon seemed “a real weak point” for La Roja, later advocating for David De Gea. However he was never likely to be selected, with Luis Enrique bringing David Raya and Robert Sanchez as back-ups, two goalkeepers more comfortable with the ball at their feet. They will have low expectations of featuring, with Luis Enrique making it clear that the 25-year-old is his No.1. “If Unai didn’t play well with his feet, he couldn’t be the goalkeeper of the national team,” said Luis Enrique after Spain’s draw with Germany. “Unai Simon has everything a Spain’s goalkeeper needs.”

Next Story : Pele’s daughters confident of his recovery