Build a case for imagination

The family business of construction chemicals allows him to keep his grandfather's legacy alive, but in his bedroom, Siddharth Toprani is a full-time playmate 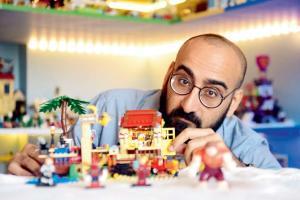 
Alexa, switch on LEGO light and LEGO strip," he commanded the virtual assistant.

Within milliseconds, a corner in Breach Candy resident Siddharth Toprani's bedroom lit up a whole miniature universe—a city that has buildings, lanes, parked vehicles, trees, a separate arctic corner, and individual Harry Potter, Marvel and DC universe—all made with LEGO. The view of the Arabian Sea from the window in the room, provided the perfect contrast.

Interestingly, Toprani's grandfather got him his first LEGO set when he was three. And for 33 years, he has been fascinated. "I have vivid memories of my first family trip to LEGO Land in Billund in 1990. I was in awe of the buildings and figurines there. They fired my passion to create sets. Over time, as I understood what themes were, I started collecting more sets and action figures and making diorama set-ups. In fact, the penchant for set-ups began early when I used to make GI Joe battlefield scenes in the building garden, with tanks, jeeps and bikes. When I make sets today, it allows me to keep the child inside me alive," he says. 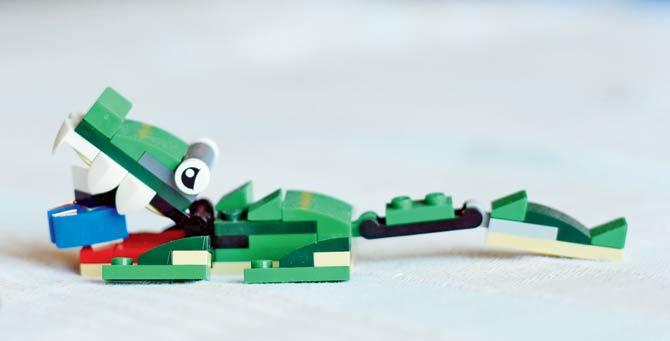 One has to remember that in the pre-internet days of Toprani's childhood, there was no access to videos or blogs to seek inspiration. LEGO wasn't easily available in India either. He'd go across the street to Manoj stores and Premsons at Breach Candy to look at LEGO manuals and catalogues and take down the desired set number. "Then, I'd request anyone travelling abroad to get them for me. Previously, people gifted me whatever they liked; later, I knew exactly what I wanted and asked for it. Earlier, themes didn't exist—only city and space and I was happy doing that. Once LEGO started getting licences from comic books and movie franchises, the game changed. I started collecting those as well, especially on my travels abroad," he adds.

By 13, Toprani had built an enviable collection.

He has a family business of distribution and retail of construction chemicals. Shuttling between an office in Fort and a shop at Dadar, Toprani is happy with his 10-to-7 job. "Ours is the typical family-run-business with daily cash counters. My father and I look after everything, including sales and finance. I wouldn't trade it for anything else. It is something my grandfather built with so much hard work and passion and I'd like to carry forward his legacy," he smiles.

His 91-year-old grandmother, who is in the room when we visit, has just finished knitting a beautiful white crochet dress for a baby in the family. It's evident where Toprani gets his attention to detail and creative streak from.

While he has interacted with the official LEGO team and with distributors, including Funskool, for smaller events, a few years ago, at Lower Parel's Phoenix Mall, he was a part of the team that built an eight-feet R2D2 for the Star Wars movie promotion. Then, in Christmas of 2018, at the Seawoods Grand Central Mall in Navi Mumbai, Toprani, along with others built the longest LEGO train in India at 10 metres and 69 coaches. It won the Guinness World Record for the longest LEGO train running.

"That made me realise that I shouldn't keep my passion to myself. I can do more. When I put up the pictures online, quite a few people got in touch to ask if I could make a custom installation. It is indeed a revenue-generating opportunity and there seems to be a niche market for it, but I didn't enter this with that intention," admits Toprani.

Being a tech geek helps. He uses software to make the design. He then orders the parts online to make custom creations for clients. Right now, he is working on a three-feet art installation. "Most ask for miniatures of buildings and figurines. LEGO art hasn't picked up here as much as in the west but it does have a select clientele."

One of the best things to have emerged from his passion for LEGO is building lifelong friendships. "Some of us who share this passion catch up whenever we have the time to brainstorm. I am also a part of the action figure committee. When you are creative in your head, you learn to appreciate the effort someone else puts in to creating something. I felt my passion expand when I connected with others who understood my drive," says Toprani.

Before the days of online groups and forums, the salesman at the toy shop used to connect Toprani to others like him who shopped with equal fervour. Now, social media allows for four meet-ups a year, most often at the toy exhibition at World Trade Centre.

"LEGO is pure hobby and passion. As a kid, I had a LEGO figurine that is still part of my collection and I would think of it as myself. I wanted to take this mini-me figure on different adventures and to places where I couldn't go, so I started building a world around him. That's how the collection kept expanding. No matter what is wrong with the world outside, one look at this city [in my bedroom] and I feel at least here, all is well."

Next Story : The backstory of alphabets