It is directed by Ventura Pons, whose 18 feature films in the Catalan language, have earned him a global fan following. Usha plays one of the pivotal characters in Pons' new musical "Shake It Baby 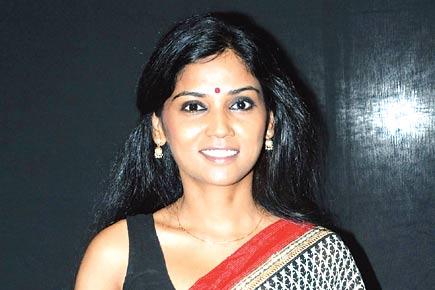 National Award-winning actress Usha Jadhav, in the news for her startling revelations of sexual favour being sought in the Indian film industry, left for Spain this week to shoot for her first international film. It is directed by Ventura Pons, whose 18 feature films in the Catalan language, have earned him a global fan following. Usha plays one of the pivotal characters in Pons' new musical "Shake It Baby".

Before taking off, Usha expressed excitement about the project. "It's not about going global or international. For me, the language of cinema is universal. I am equally comfortable in Marathi and Hindi, or any other language." What makes Usha's first foray into international cinema exciting is the unusual language and genre. "The film is in the Catalan language. It is a language in Spain and hardly known to us in India. I play an Indian girl. Also, this film is exciting for me because it is a song and dance film. Though India and Bollywood are known for musicals, I am not offered a chance to dance at home."

Most of Usha's roles are in the realm of realism. Hence, ironically, this sojourn in Spain offers her a chance do a Bollywood-styled musical. "Shake It Baby" is to be shot in Barcelona, Girona, Mallorca and London. Usha will be shooting in these cities for most of May and some June. "I look forward to some rewarding shooting and fun times in Spain where I've never been before," said Usha, who had won the National Award for her performance in the Marathi film "Dhag".