Tejasswi Prakash on her eye injury: I thought I had died

Actor Tejasswi Prakash, who recently suffered an eye injury on Khatron Ki Khiladi 10, speaks about how it felt like and how she realised that she had damaged her eye! 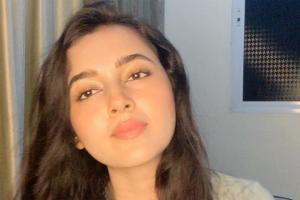 
Actor Tejasswi Prakash, one of the participants of the show Khatron Ke Khiladi 10, recently shared a post that left her fans worried and shocked. She had taken to her Instagram account to share some pictures where we got to witness her eye injury and how one of the eyes was damaged.

And now, in an interview with Zoom, the actress has spoken about the same and how it felt like. She said, "Basically, I thought I died. I was talking off the flags and I was doing it very calmly in comparison to how Dharmesh and Karan did. I thought I would do it with composure and there was a sudden blackout in front of my eyes. I could see the white light, I could literally see it."

She added, "And suddenly, my body started reacting and I was trying to come out of it. I couldn't remember anything, I couldn't remember if I was there in the show, had come to Khatron Ke Khiladi 10, was doing a water stunt, nothing at all." She also went on to reveal what happened after she came out of the pool.

She stated, "When I came out of the pool and I saw everybody, I was like where am I? I was like what happened to me and then I saw back at the flags and it started coming back that it was Khatron Ke Khiladi 10's ticket to finale stunt. I didn't realise till the next morning that I had an eye haemorrhage."

After noticing her eye, the host of the show, Rohit Shetty, felt she had gone through some reaction, Prakash quipped. She stated, "In the episode, Rohit Shetty sir said that 'Tejasswi ko koi reaction hogaya hai.' It wasn't a reaction, it was an eye haemorrhage. I am not sure if the channel was not wanting to say that it was an eye haemorrhage, but it wasn't a reaction for sure. It was bad."

Also Read: Tejasswi Prakash: I Look Very Young Because Of My Cheeks, But They Have Troubled Me Too