Preeti Sood on bagging Aashram: It was a wow moment

Aashram revolves around a fraud godman, Baba Nirala, played by Bobby Deol, and his evil activity 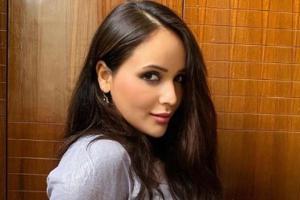 
Actress Preeti Sood says getting an offer to be a part of the web series Aashram by Prakash Jha, was a wow moment for her. "Aashram" revolves around a fraud godman, Baba Nirala, played by Bobby Deol, and his evil activity.

"Working in 'Aashram', was like a dream come true! I adore Bobby Deol sir on set and I had a huge fan girl moment. When I was offered the part, it was totally a wow moment for me. It was amazing and heartwarming to work with such a talented and hardworking star, but most of all, he was humble, down to earth and truly supportive. He even encouraged me, saying 'You are a very fine artist and you are so expressive'. As an actress, these things motivated me a lot," she said.

"Aashram" also features Darshan Kumar, Anupriya Goenka and Adhyayan Suman. "The series was one of my most beautiful journeys. We were shooting in Ayodhya, which in itself was so serene and surreal, and personally I believe that the message of the series was so strong that being a part of it, was extremely fulfilling to me as an actor," said the "Revolver Rani" actress.

Talking about her character, she shared: "If I have to describe my character in two words, Sanober is a silent killer. In few words, she conveys huge emotions. In the third season, we will reveal Sanober's story."

Next Story : Abhishek is all praise for Sons of The Soil: Jaipur Pink Panthers