The study included 92 couples aged between 19 and 30. The study also revealed that the longer the relationship had lasted, the less often the couples had sex 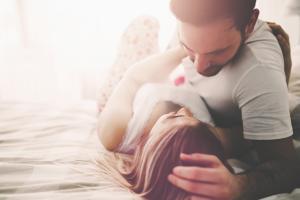 
Men initiate sex more than three times as often as women do in a long-term, heterosexual relationship, says a study.

The researchers investigated what are the other factors which play a role for the frequency of intercourse in couples in long-term relationships.

The study, published in the journal Evolutionary Behavioral Sciences, suggests that two factors are decisive in how often women take the initiative at all -- their attitude towards casual sex and passion.

The researchers considered several factors in their study such as how happy people are in their relationship, how committed they feel to their partner, how intimate they are, how much they trust each other and the love between them.

"Passion in the relationship is of great importance for intercourse frequency," said the study's first author Trond Viggo Grontvedt from Norwegian University of Science and Technology (NTNU).

"Passion is actually the only one of these factors that matter. We didn't find any association between any of the other aspects and how often people have sex in couple relationships," he added.

The study included 92 couples aged between 19 and 30. Relationships varied in length from one month to nine years, with an average of just under two years. The couples had sex two to three times a week on an average.

The longer the relationship had lasted, the less often the couples had sex.

The study also revealed that desire for others reduces passion. "Strong sexual fantasies about others than the partner don't mix well with passion in a relationship," said Mons Bendixen, Associate Professor at NTNU.

Next Story : How to help your child deal with emotional problems at a young age