Union spokesman said about 11,000 employees affiliated to the union will join back work and 6,000 among them are BEST transport employees 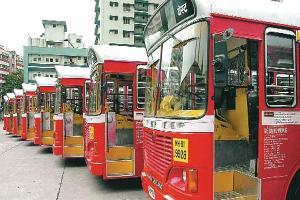 
Shiv Kamgar Union leader Suhas Samant told Mid-Day that we have decided to withdraw our moral support to the strike as the BEST administration has expressed willingness to look into various demands.

"The first shift of the day begins at 4 am and by 930am, there will be 500 buses on the roads. About 11,000 employees affiliated to our union will join back work and 6,000 among them are BEST transport employees."

Transport bodyworkers are seeking a merger of BEST with Brihanmumbai Municipal Corporation (BMC) and also demanding a renewal in their pay agreement. Nearly 29,000 employees of BEST(Brihanmumbai Electricity Supply and Transport) began an indefinite strike from Monday midnight to press for their demands.

Unions of workers demanded a renewal in their salary agreements that expired two years ago. They also pressed for immediate resolution of housing issues and merger of various undertakings of BEST. The workers also seek a merger of BEST with Brihanmumbai Municipal Corporation BMC).

As per BEST buses have gone off the road from early Tuesday morning, following an indefinite strike call was given by the workers’ union.

Of the 1,812 buses scheduled for morning service at 27 bus depots during early peak hours, not a single bus left the depot this morning, the BEST spokesperson told mid-day.

The strike had badly affected the city’s over 35 lakh commuters, including office-goers and students.

According to ANI, members of Central Trade Unions are holding protests & block commuters in Bhubaneswar demanding minimum wages and social security schemes among others.

Amidst all this, the common man was affected the most. While some are angry at BEST, some went ahead to take digs at the situation.