Mumbai: Weekend traffic forces woman to give birth in autorickshaw

Doctors completed the remaining child-birth procedure in the vehicle itself 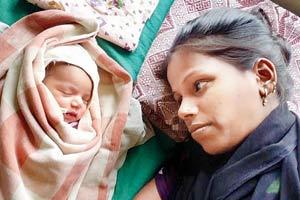 Mumbai's traffic can sometimes create wonders, but this time it went a bit too far and forced a 26-year-old woman to deliver her baby in an auto-rickshaw. Soon after Jyoti Gaud started experiencing labour pains on Saturday evening, she left home along with her parents for the Samanya Rugnalaya, which is just 1 km away from Malwani, but it took them almost 1.45 hours to reach the hospital. Hence, she was left with no other option but to deliver the baby on the way.

Gaud, who lives with her husband at Jaunpur, came to her parents' home at Malwani in August last year, after she conceived her second child. To be under proper medical care, she started visiting the Samanya Rugnalaya, based out of Malwani. However, on March 17, when she started having labour pains around 8 pm, her parents decided to take her to the hospital. As there was heavy traffic on Marve Road, it took them almost 1.45 hours to reach the destination. Hence, Gaud had to deliver her baby in the auto-rickshaw. On reaching the hospital around 9.45 pm, the doctors completed the remaining procedure in the vehicle itself. Later, she was shifted to the general ward along with her baby. Her parents confirmed that both the mother and newborn are safe.

Speaking to mid-day, Gaud's mother said, "It took us 1.45 hours to cover just 1 km. Weekend traffic causes a lot of problems. The government should either widen the roads or manage the traffic better, so that no one has to face such a situation."