Congress will be 'central pillar' of anti-BJP formation for 2024 polls: Sachin Pilot

In an interview Pilot said, an anti-BJP coalition is formed and a 'UPA plus plus' formation would be the 'best one' to take on the BJP-led NDA in the 2024 general elections 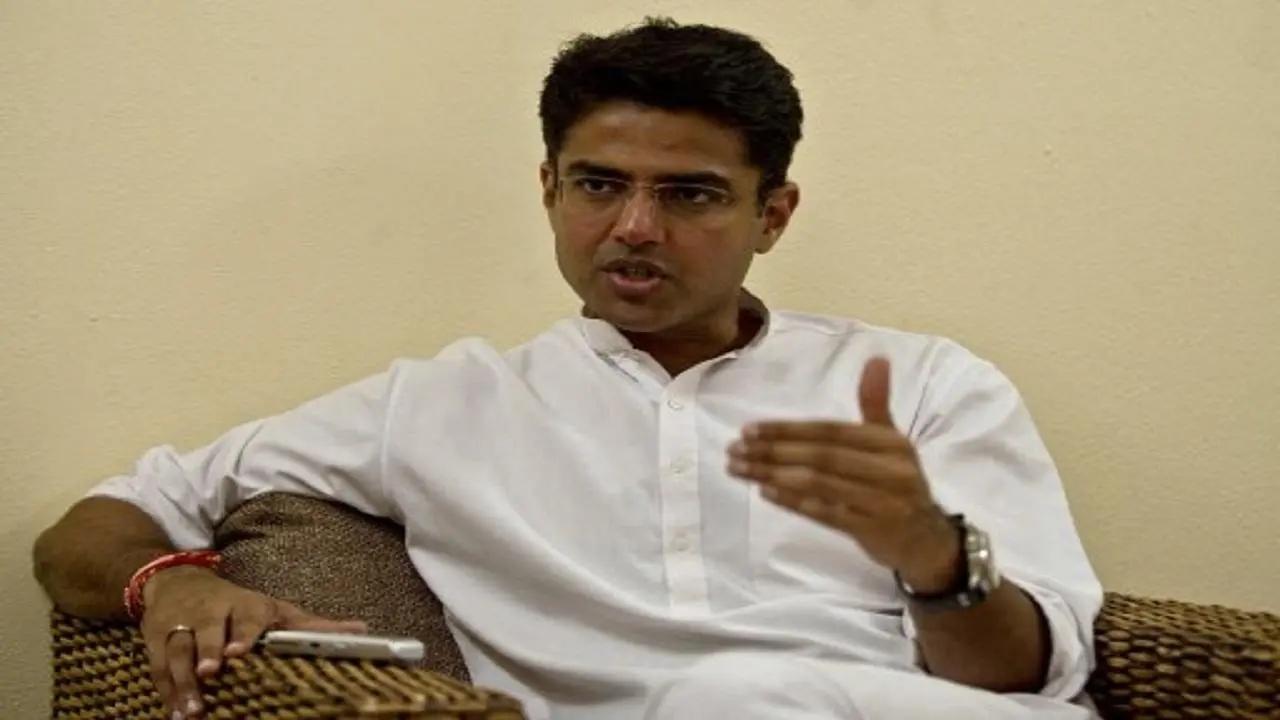 
The Congress is and will have to remain the "pivot" around which an anti-BJP coalition is formed and a "UPA plus plus'' formation would be the "best one" to take on the BJP-led NDA in the 2024 general elections, senior Congress leader Sachin Pilot said.

In an interview with PTI ahead of the party's 'Chintan Shivir' starting here on Friday, Pilot asserted that formulating a successful electoral strategy would be a top agenda point at the three-day brainstorming session. Accusing the ruling BJP of diverting people's attention from the real issues, he said "some fringe elements" are trying to change the name of some monuments and roads.

He questioned whether the demands of renaming the Qutub Minar or the Taj Mahal are more important than reducing the "skyrocketing" prices of petrol, diesel, cooking gas and food items.

"These are issues brought out in complete desperation to manipulate the narrative and to pull the wool over people's eyes at a time when lemon is Rs 300 a kg, cylinder is at Rs 1,000 and petrol at around Rs 125. There is chaos in the fiscal management, and the economic policies of the government have been a monumental failure and there is no accountability in the government," Pilot said.

Asked about his expectations from the 'Chintan Shivir', the former Rajasthan deputy chief minister said the idea is to brainstorm, evolve a fresh blueprint, reboot the party's messaging and incorporate those changes moving forward so that the organisation can be revamped and be prepared to take on future political challenges.

"To my mind the shivir will be extremely useful and outcome-oriented. As people have said in Delhi also, idea is not to draft an agenda for a manifesto or for an AICC session, this is about how to take stock, how to inculcate ideas and changes and then move forward so that in the next few weeks and months, whatever challenges lie ahead, we can overcome them successfully," Pilot said. He exuded confidence that post the 'Chintan Shivir', the party will have a roadmap and a clear agenda. People will speak their minds and there will be open discussion over three days as it is not just about exchange of ideas but to come up with actionable points that are deliverable, said Pilot, who is a member of the panel on economy formed by Congress chief Sonia Gandhi to lead the discussion on that subject at the 'Chintan Shivir'.

Asked if the Congress should still be the fulcrum of an anti-BJP coalition for the 2024 polls despite its recent electoral setbacks, he said it is quite clear that nationally, the Congress is the only political party that has the spread, outreach and the bandwidth to take on the BJP.

"Regional parties have a very important role to play and we have to work together to ensure that in 2024, we are able to defeat the NDA. The results of the five state polls were obviously a setback for all of us and it means that we have to work even harder and as Mrs (Sonia) Gandhi said at the CWC that there has to be a collective resolve of sacrifice and of making sure that we continually interact with the people," Pilot said.

The Congress has to remain the "central pillar" around which other forces can collate, the former Union minister asserted. He noted that there is obviously going to be some "give and take" among alliance parties for the larger cause of the country and for the 2024 elections. "There has to be some give and take obviously, but the Congress will and should remain the pivot around which we can have an anti-BJP formation to take on the 2024 Lok Sabha elections," he said.

Pressed further if the leadership of an anti-BJP coalition should be with the Congress, Pilot said every regional party has their own strength in the region, but nationally, across the country, the Congress will have to remain the centrepiece for that structure to come along. "Perhaps a UPA plus plus formation might be the best one to take on the NDA," he said. On whether a larger coalition must take shape soon to take on the BJP in 2024, Pilot said there is already a UPA but he does believe that there is a need for "a larger canvas" to take on the NDA in 2024.

"Don't forget NDA has lost many partners since 2019 and anyone who is opposed to the politics of the government of India should come forward, join hands in a show of partnership and resolve because look at the country, where we are going," he said.

Referring to the outbreak of violence in certain parts of the country recently, Pilot said "many fires" are going on at various places and asserted that these sort of flare ups are sporadic but may not be completely unintended as "there must be some forces that are behind it".

"They (the BJP) are just trying to create an atmosphere of animosity, demolition drives at targeted audiences, changing names of roads, monuments, diverting people's attention and creating noise so that people's minds get distracted," he said.

Asked if the Congress has the capacity to reform from within or would need professional help in light of the recent talks the party held with poll strategist Prashant Kishor which once again failed to fructify, Pilot said it is not new and in the last 10-15 years, almost all parties have used agencies and platforms to convey their message to reach out to voters. He, however, added that the Congress has enough resources and in house capacities to execute the things that it needs to do.