The election this year has so far been relatively peaceful in Bihar and Jharkhand. During the 2014 polls, Maoists blew up a vehicle carrying polling personnel in Dumka in Jharkhand. Eight people died 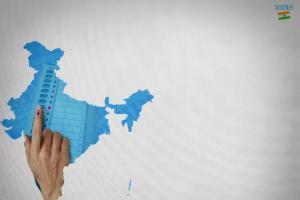 
Ranchi/Patna: Smoking out Naxals from their dens in Jharkhand and Bihar, part of the red corridor, has been somewhat successful in this election in a contrast to previous polls, the top police brass in the two states say, but they feel the number of central forces deployed to deal with the menace is inadequate. Given the magnitude of the problem, concerted planning has shown results in the states as the initial phases of the general election in Maoist-hit areas completed without major incidents. Maoists, however, have been successful in targeting security forces and election officials in other states: Madhya Pradesh, Chhattisgarh and Maharashtra.

The election this year has so far been relatively peaceful in Bihar and Jharkhand. During the 2014 polls, Maoists blew up a vehicle carrying polling personnel in Dumka in Jharkhand. Eight people died. In Bihar, around the same time, four people were killed and 20 injured in a Maoist attack. As elections approach, extremism in Bihar and Jharkhand, which was carved out in November 2000, becomes a cause for worry for police and administration officials. The BJP-led Jharkhand has to its advantage 22 battalions of Central Para Military Forces (CPMF), whereas Bihar has 9.5 battalions, top-level official sources in the two states told PTI. The Election Commission has allotted about 200 companies of central forces to Jharkhand for each phase of polling and about 150 to Bihar, the sources said.

According to an internal note of the Bihar government, of the 38 districts in the state (with 11 crore population), 26 faced LWE-related violence of varying degrees in last five years. Sixteen of these are covered under the security-related expenditure scheme for LWE areas. For Jharkhand, with a population of 3 crore, Inspector General of Police (Operations), Ashish Batra, told PTI: "Naxal impact is such in Jharkhad that of the total 90 extremist-hit districts across the country, 19 fall in Jharkhand, and 13 out of 30 severely-hit districts across the nation happen to be in Jharkhand. But the state has effectively launched drives against these. As a result, the severity has come down drastically."

"The operations against extremists have been successful in the state and as many as 19 Naxals have been killed in 21 encounters in the first four months of 2019 as compared to 36 killed in 68 encounters in 2018. The drives have been so successful that a central committee member with a reward of Rs 1 crore on his head and Rs 25 lakh on his wife's were forced to surrender." Officials estimate as many as 500 Maoists are active in Jharkhand. Maoist movement from other states like Bihar and Chhattisgarh is another problem keeping the forces on their toes as Jharkhand shares about 600-km boundary with them. Seven to nine battalions are deputed in Koderma and Giridih which share a boundary with Bihar, officials said. They said some of the worst-affected districts in Jharkhand -- such as Palamu, Lohardaga, and Chatra -- that went to polls on April 29, were largely incident-free.

In Bihar, officials said they face a tough time when Jharkhand flushes out extremists, who then take shelters in the districts adjoining the state. "What has added to our worries is a recent order by the Ministry of Home Affairs for withdrawal of two battalions of Central Reserve Police Force presently deployed in (LWE-) affected areas," a top police official from Bihar, who did not wish to be identified, told PTI. Bihar has opposed the Home Ministry proposal as withdrawal of the two battalions will create a vacuum and result in spurt in Naxal activities, the official said. When contacted, Inspector General of Police, Operations, Bihar, Sushil Khopade confirmed the development. "We are requesting the Centre for retaining these two battalions as given the topography and Naxal history in Bihar, we need more forces."

"In 2018, most of the 40 incidents of left-wing extremism (LWE) were reported in Gaya, Aurangabad, Jamui and Lakhisarai. Most of these are on Bihar-Jharkhand border," the official said. Khopade said about 100-square-km area in Bihar was badly hit by LWE but the state with its resources has been able to contain it. He said all four constituencies Gaya, Aurangabad, Nawada and Jamui affected by LWE extremism went to polls in the first phase without any major incident. Over the years, Bihar has witnessed bloody naxal incidents in Gaya, Jehanabad, Aurangbad, Bhojpur and Arwal. Official communication of the Bihar government, a copy of which has been accessed by PTI, says: "The area covering these districts on both sides of the border is highly inaccessible, hilly and covered with forests. As a result, CPI (Maoist) remains a formidable threat among the Gaya-Aurangabad axis in southern Bihar and along the Jamui-Munger-Banka-Lakhisarai axis."

The communication also mentions that at present 90 per cent of the CPMF are deployed on Jharkhand border districts - Gaya, Aurangabad, Jamui, Munger, Lakhisarai, Nawada, Rohtas and Bhabhua. "Operations from area domination, cordon and search against extremists always require more boost on the ground. There is requirement of matching forces on this side of the border to counter influx of naxalites from the areas of Jharkhand and to effectively combat them. This is possible only by filling the gaps in the existing deployment of security forces," the communication says. Bihar Director General of Police Gupteshwar Pandey said the state government is effectively tackling the menace and has arrested 113 extremists this year by March. 388 were arrested in 2018. He said the state forces have killed three extremists till April this year. Two were killed in 2018.

Jharkhand Chief Minister Raghubar Das has said his government has initiated a constructive approach to deal with naxalism by linking security measures with development, which has resulted in reduction in naxal activities in the state. Das has also stressed that terrorism and naxalism have been the biggest challenge before the nation and the state government has taken effective action against Naxalism.