His visit comes a day after Congress issued show-cause notices to three of his loyalists—Rajasthan ministers Shanti Dhariwal and Mahesh Joshi, and Dharmendra Rathore—for their “grave indiscipline” 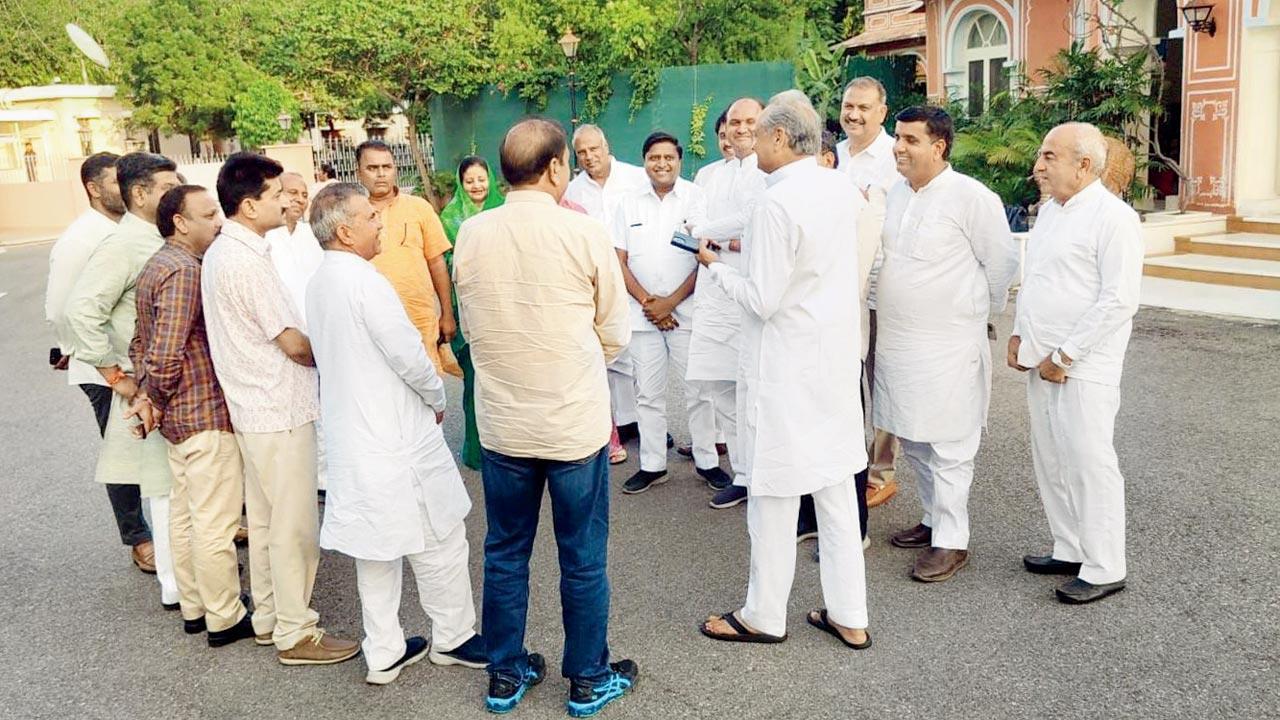 
Rajasthan Chief Minister Ashok Gehlot will meet the Congress high command in New Delhi on Wednesday amid suspense over whether he will file nomination for the election of party president, sources said.

His visit comes a day after Congress issued show-cause notices to three of his loyalists—Rajasthan ministers Shanti Dhariwal and Mahesh Joshi, and Dharmendra Rathore—for their “grave indiscipline”.

The party’s disciplinary committee has asked the three to explain within 10 days why action shouldn’t be initiated against them after Rajasthan observers Mallikarjun Kharge and Ajay Maken charged them with “gross indiscipline”.

The action came after 82 MLAs participated in a parallel meeting at Dhariwal’s residence in Jaipur laying down conditions to the party and did not attend the official legislature party meeting convened for passing a resolution authorising the Congress chief to appoint a successor to Gehlot, who was to contest the Congress presidential poll.

With the Rajasthan episode posing a significant challenge before the party, the Congress president has initiated discussions with senior party leaders from across the country to resolve the crisis even as the fate of Gehlot who was considered frontrunner for the top party post remained uncertain.

Gandhi is learnt to have called Congress veterans A K Antony and Sushilkumar Shinde for consultations here. There is also a likelihood that fresh observers may be sent to Rajasthan and Shinde may be one of them.

30
Day in September the Congress will hold the prez poll

Next Story : Blast at bus stand in J-K's Udhampur city; no casualty reported