'Tomb of Sand', originally 'Ret Samadhi', is set in northern India and follows an 80-year-old woman in a tale the Booker judges dubbed a 'joyous cacophony' and an 'irresistible novel' 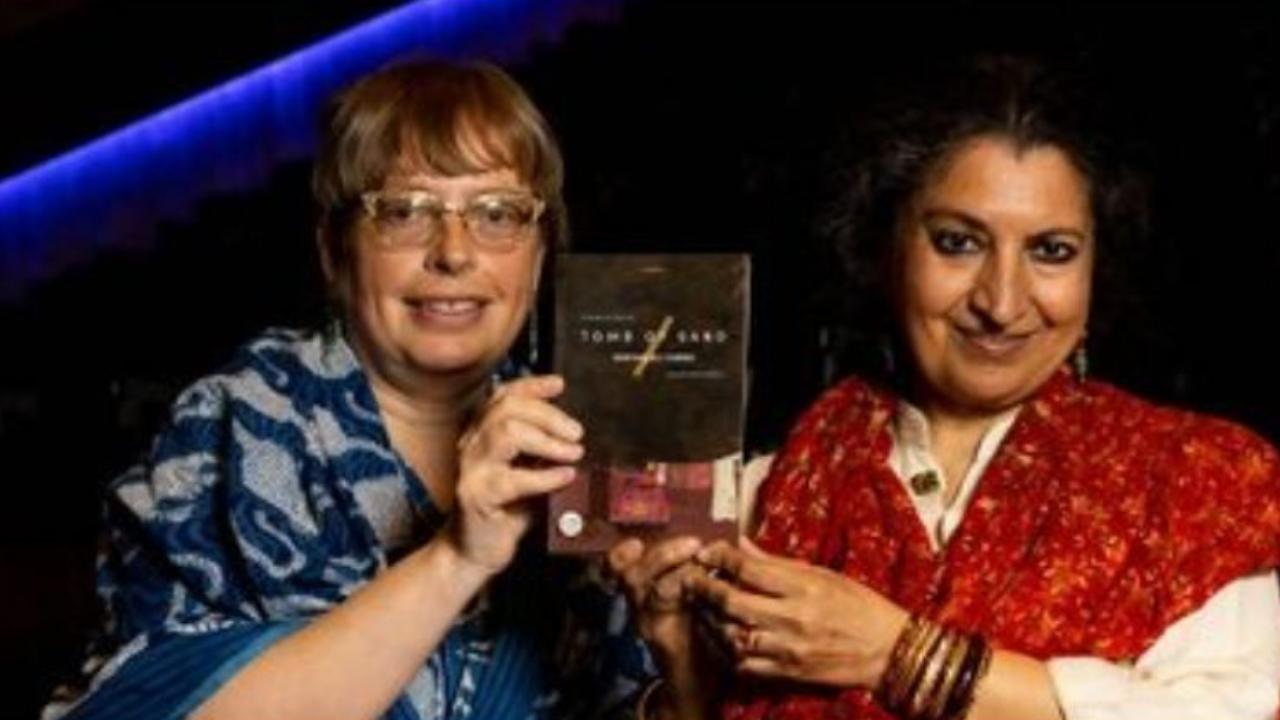 At a ceremony in London on Thursday, the New Delhi-based writer said she was "completely overwhelmed" with the "bolt from the blue" as she accepted her prize, worth GBP 50,000 and shared with the book's English translator, Daisy Rockwell. 'Tomb of Sand', originally 'Ret Samadhi', is set in northern India and follows an 80-year-old woman in a tale the Booker judges dubbed a "joyous cacophony" and an "irresistible novel".

"I never dreamt of the Booker, I never thought I could. What a huge recognition, I'm amazed, delighted, honoured and humbled," said Shree, in her acceptance speech. "There is a melancholy satisfaction in the award going to it. 'Ret Samadhi/Tomb of Sand' is an elegy for the world we inhabit, a lasting energy that retains hope in the face of impending doom. The Booker will surely take it to many more people than it would have reached otherwise, that should do the book no harm," she said. Reflecting upon becoming the first work of fiction in Hindi to make the Booker cut, the 64-year-old author said it feels good to be the means of that happening.

"But behind me and this book lies a rich and flourishing literary tradition in Hindi, and in other South Asian languages. World literature will be the richer for knowing some of the finest writers in these languages. The vocabulary of life will increase from such an interaction," she said. Rockwell, a painter, writer and translator living in Vermont, US, joined her on stage to receive her award for translating the novel she described as a "love letter to the Hindi language".

"Ultimately, we were captivated by the power, the poignancy and the playfulness of 'Tomb of Sand', Geetanjali Shree's polyphonic novel of identity and belonging, in Daisy Rockwell's exuberant, coruscating translation," said Frank Wynne, chair of the judging panel. "This is a luminous novel of India and partition, but one whose spellbinding brio and fierce compassion weaves youth and age, male and female, family and nation into a kaleidoscopic whole," he said. The book's 80-year-old protagonist, Ma, to her family's consternation, insists on travelling to Pakistan, simultaneously confronting the unresolved trauma of her teenage experiences of Partition, and re-evaluating what it means to be a mother, a daughter, a woman, a feminist.

The Booker jury were impressed that rather than respond to tragedy with seriousness, Shree's playful tone and exuberant wordplay results in a book that is "engaging, funny, and utterly original¿, at the same time as being an urgent and timely protest against the destructive impact of borders and boundaries, whether between religions, countries, or genders. The author of three novels and several story collections, Mainpuri-born Shree has translated her works into English, French, German, Serbian, and Korean. Originally published in Hindi in 2018, 'Tomb of Sand' is the first of her books to be published in the UK in English by Tilted Axis Press in August 2021.

Shree's novel was chosen from a shortlist of six books, the others being: 'Cursed Bunny' by Bora Chung, translated by Anton Hur from Korean; 'A New Name: Septology VI-VII' by Jon Fosse, translated by Damion Searls from Norwegian; 'Heaven' by Mieko Kawakami, translated by Samuel Bett and David Boyd from Japanese; 'Elena Knows' by Claudia Piñeiro, translated by Frances Riddle from Spanish; and 'The Books of Jacob' by Olga Tokarczuk, translated by Jennifer Croft from Polish. This year the judges considered 135 books and for the first time in 2022, all shortlisted authors and translators will each receive GBP 2,500, increased from GBP 1,000 in previous years ¿ bringing the total value of the prize to GBP 80,000. Complementing the Booker Prize for Fiction, the international prize is awarded every year for a single book that is translated into English and published in the UK or Ireland.

Next Story : Here's how you can overcome your procrastinating habits