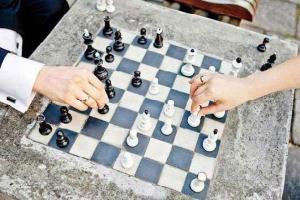 
The All-India Chess Federation (AICF) Sunday unveiled a slew of plans including promoting an Indian Chess League and engaging foreign coaches for 15 top juniors as part of 'Vision 2020'.

The 'Vision 2020' received the nod from members at the AICG's annual general meeting held in Goa.
The other plans of AICF include holding a round-robin event with top Grandmasters (GM) funded by sponsors, creating a separate division for promoting chess in schools, two women round-robin events for securing international title norms and engaging foreign coaches for 15 top junior players.

According to AICF secretary Bharat Singh Chauhan, the possibility of conducting ICL was at a preliminary stage and discussions were in progress.

"We are exploring the possibility of having the ICL with some a few people, who have shown interest. The format and modalities have to be discussed," he told PTI.

He also said coaching camps and FIDE rated tournaments for girls in 15 states under the 'Smart Girl Project' under experienced Indian coaches will be held for a week to promote women's chess.

Also, in order to enable young Indian chess players to progress further, the AICF has decided to conduct four coaching camps under foreign coaches for 15 top junior players who have already left their mark in the international arena.

According to Chauhan, junior players required coaching camps to increase their rating as well as to attain titles like Grandmaster. Chauhan also said all state associations must conduct an International Master/GM coaching camp in their state in a year for 20 players.

As part of the 'Vision 2020' plan, seminars, training programs, and workshops will be held for FIDE trainers, arbiters and for school teachers.

The AICF also plans to seek additional financial support of Rs 15 lakh from the central government for holding eight national men/women coaching camps (four each in 2019 and 2020 for 12 players) with government support of Rs 10 lakh each, national junior and sub-junior coaching camps for boys and girls (three in 2019 and four in 2020 for 24 players).

Also, the federation would seek the government's nod for two exposure trips for Indian teams to play in tournaments like Aeroflot Open, Moscow, the Abu Dhabi Open at UAE and others and grants for international events in India.

That apart, the AICF is planning to conduct 12 GM events in India and has plans to give away cash awards to medal winners at world/Asian events.