Opposing the bail cancellation plea, advocate Rizwan Mechant, appearing for the Ranas, said the Indian Penal Code (IPC) section 124A (sedition) was invoked against the couple as a result of "political upheaval" between two groups 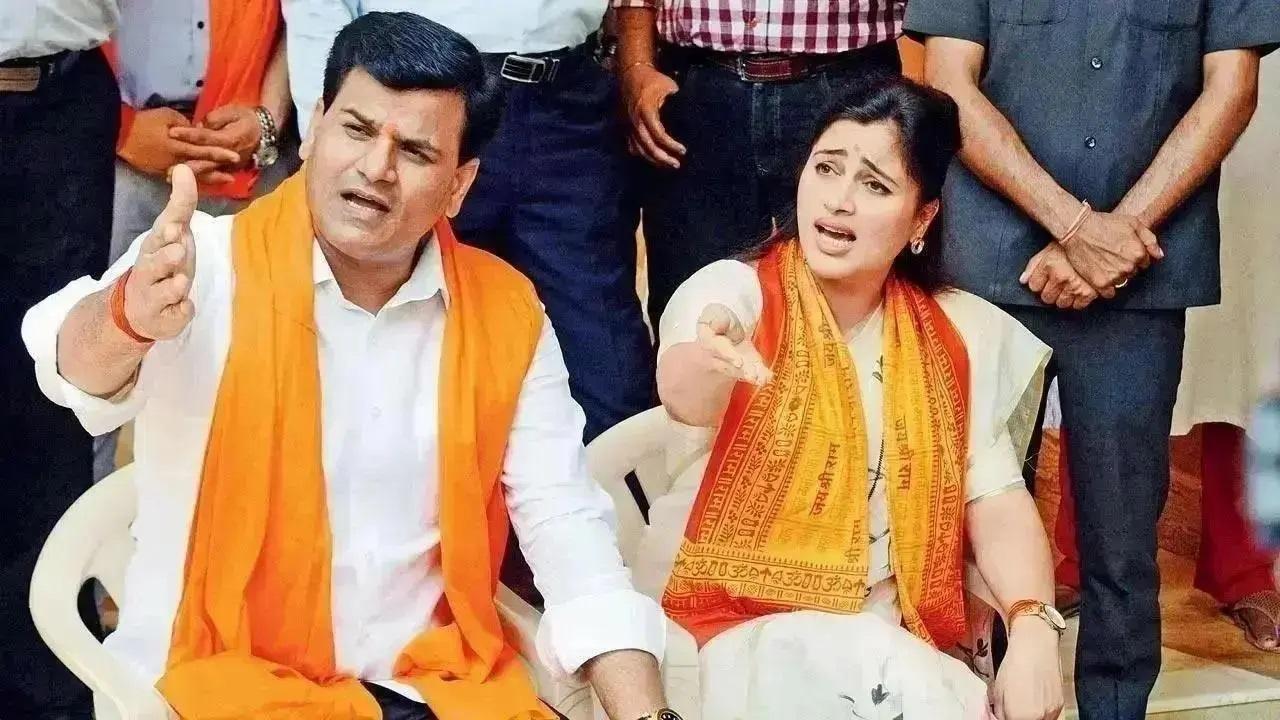 
The sedition charge against Independent Lok Sabha MP Navneet Rana and her MLA-husband Ravi Rana in Maharashtra was invoked due to "political upheaval", their lawyer told a special court here on Thursday while opposing a police plea seeking cancellation of their bail in a case related to Hanuman Chalisa recitation.

Both the defence and prosecution completed their arguments on the plea on Thursday following which special Judge R N Rokade posted the matter for order on August 22.

Opposing the bail cancellation plea, advocate Rizwan Mechant, appearing for the Ranas, said the Indian Penal Code (IPC) section 124A (sedition) was invoked against the couple as a result of "political upheaval" between two groups.

But the Supreme Court has stayed every case under the sedition charge... so they (prosecution) cannot ask for a review of that order¿ All that remains now is IPC section 153A (promoting enmity), he said.

On May 11, the apex court put on hold the colonial-era penal law on sedition till an "appropriate" government forum re-examines it and directed the Centre and states to not register any fresh FIR invoking the offence.

In one of the cases registered by the Mumbai police, the Rana couple was booked under IPC sections 124A and also 153A (promoting enmity between different groups on grounds of religion, race, place of birth, residence, language, and doing acts prejudicial to maintenance of harmony).

The Ranas were arrested by the police in Mumbai on April 23 after they announced that they will recite the Hanuman Chalisa outside the then-Maharashtra Chief Minister Uddhav Thackeray's private residence 'Matoshree' in suburban Bandra, leading to protests by Shiv Sena workers.

On May 5, Judge Rokade granted the Ranas bail with certain conditions, one of which prevented the lawmaker-couple from Amravati from making any statement related to the case to the media.

A few days later the police approached the special court seeking that the bail of Navneet Rana, the Lok Sabha MP from Amravati, and Ravi Rana, the Independent MLA from the same district in eastern Maharashtra, be cancelled as they had allegedly violated bail conditions.

Referring to the media interaction the couple had after coming out of the prison, special public prosecutor Pradip Gharat argued that the duo had breached the bail condition of not speaking to reporters on the case and hence they should be sent back to judicial custody.

The moment they speak to the media on a subject related to the case, their bail stands cancelled, Gharat argued.

However, Merchant submitted that the alleged media "interview" mentioned in the plea was not in respect to the subject matter of the case.

This was a single incident and thereafter there was no interview, Merchant submitted.
The interview was not produced before the court should have seen the interview in totality, the defence counsel said.

The press is a medium to reach out to the public, this is not an act to insult the court, the lawyer argued.

People's freedom can be curtailed only if there is an extreme step and this (interview) was not one such act... it did not amount to interference in probe or inciting the public to create law and order situation, Merchant said.