35MMCREATIONS has a clear vision to provide a safe platform to girls and also to launch fresh bunch of talent on a national level. 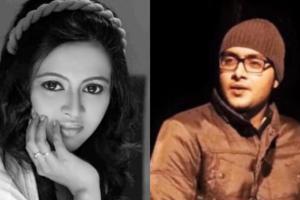 35MMCREATIONS is geared up to set their first move for making their visual debut on fire in their short length film 'FRANKLY FRIENDLY-a clique ride'.

The entrepreneur and founder Simita Kundu who is a choosy actress of regional and national television, ad commercials, film and an advertisement voice over artist now roping up her production house. 35MMCREATIONS has a clear vision to provide a safe platform to girls and also to launch fresh bunch of talent on a national level.

With this strong focus this multitalented producer joins hands with Mr. Saikat Maity who is a corporate professional and became the main associate in the production house who believes in the same vision and comes together with his passion for film making and photography.

They just have dropped a teaser of FRANKLY FRIENDLY especially for those intellectual film enthusiasts who can guess the shot by plot.

The first move is based on the journey of SREEJA, JESSICA, RIDHIMA AND RATI. The emotional yet practical ride of these four, strongly shows the value of relationship in the fragmenting world and the light through the strong bond.

Doing justice and meaning to the storyline and plot the young vibrant producer has even taken a challenge with a set of cast and crew located over India and abroad to make a different format of?making? keeping the present situation of the world in mind in this 2020.

The cast also portrays the balance of existing industry faces as well as the producer has given the opportunity to some fresh talent as promised.

So keep your calendars marked in this upcoming festive season to go on a 'clique ride' with these 4 girls and keep your eye open for a twist in the cast and to know the real name of every character. Wait and watch the systematic unfolding to get you mesmerized in the journey of FRANKLY FRIENDLY-a clique ride soon.

Next Story : Priyanka shares another glimpse of what to expect from her memoir