Kevin Hart says Will Smith is 'apologetic' after Oscars incident

Will is apologetic, you know, he's in a better space, of course, than what he was after. People are human, and as humans sometimes we make mistakes 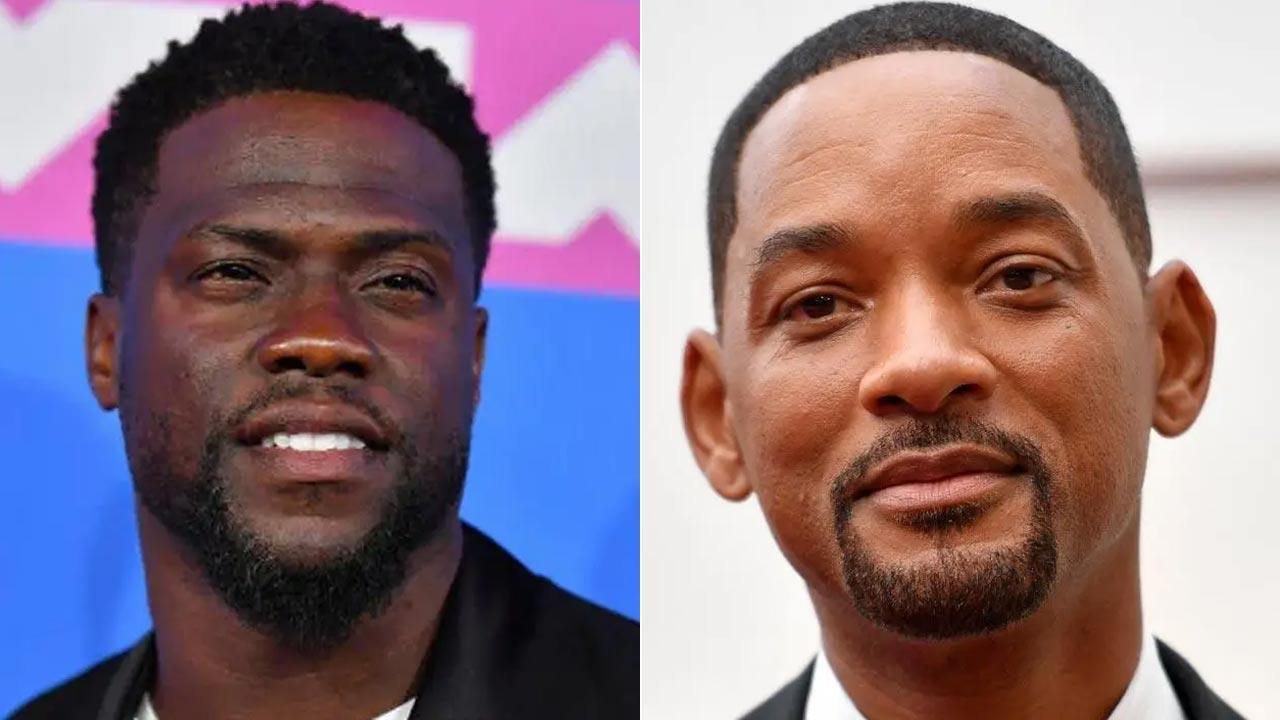 Kevin Hart and Will Smith. Pics/AFP


American actor and comedian Kevin Hart has shared an update on Will Smith, nearly four months after the actor slapped Chris Rock during the 2022 Oscars ceremony. According to Fox News, Hart, who is a close friend of Smith, spoke with Entertainment Tonight during the recent premiere of his new animated movie 'DC League of Super-Pets' in Los Angeles.

"Will is apologetic, you know, he's in a better space, of course, than what he was after. People are human, and as humans sometimes we make mistakes. So it's not about talking about the past, it's about acknowledging the present and doing your best to move forward," he said on the red carpet. Hart shared that he hopes his two friends can "move past" the violent event that occurred while Rock was presenting an award. He added: "I still love him, I still love Chris, and, you know, you can't judge a person by one thing. Ultimately, life goes on and people grow, so give him the opportunity to do so."

Also Read: When you hurt my child, you hurt me: Chris Rock's mom reacts to Will Smith slap

Previously, in June, Smith's wife, Jada Pinkett Smith, addressed the viral moment on an episode of 'Red Table Talk'. During that time, she pushed for Rock and her husband to "reconcile." Smith received backlash on March 27 after he slapped Rock onstage at the 94th Academy Awards after the comedian made a joke about Pinkett Smith's bald head.

As per Fox News, following the Oscars incident, the 'King Richard' actor was banned from attending any Academy Award event for the next 10 years. The punishment came after the actor resigned from the academy.