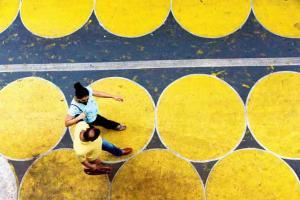 The BMC has painted yellow dots for people buying veggies at Grant Road's Bhaji Gully, but these two Mumbaikars seem to have missed the memo. Pic/Suresh Karkera


The circles of life

The BMC has painted yellow dots for people buying veggies at Grant Road's Bhaji Gully, but these two Mumbaikars seem to have missed the memo. Pic/Suresh Karkera 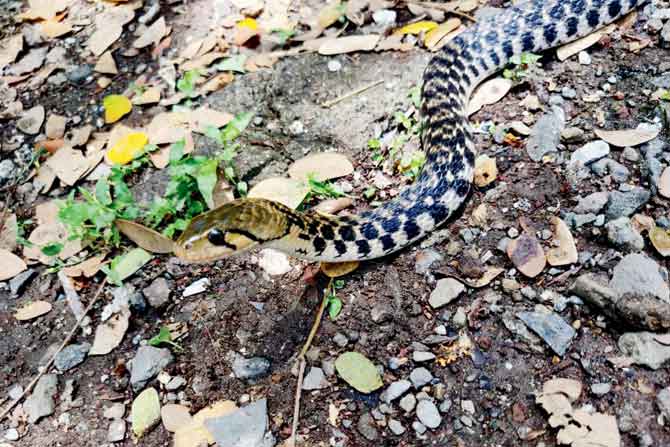 Residents of a Mulund West society were alarmed when they found a rather different visitor in their backyard. A three-feet-long checkered keelback was spotted in a residential area. Omsi Para, a team member from city-based NGO, Resqink Association for Wildlife Welfare (RAWW), was informed about the sighting and rescued the snake. "It is a non-venomous reptile, and was examined at Thane SPCA and released into its natural habitat in coordination with Mumbai Forest Department yesterday. 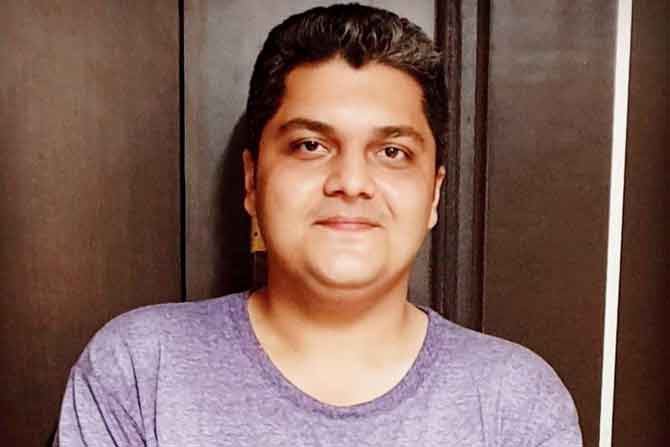 "Checkered keelbacks, though non-venomous, can turn aggressive when threatened, and may bite in retaliation or self-defence. Owing to its offensive nature, the species is often confused with cobras and met with hostility. My advice to people when they encounter a snake is to not panic or attack the reptile. Keep the emergency helpline 1926 of the forest department handy," Pawan Sharma, wildlife rescuer and founder of RAWW, told this diarist. 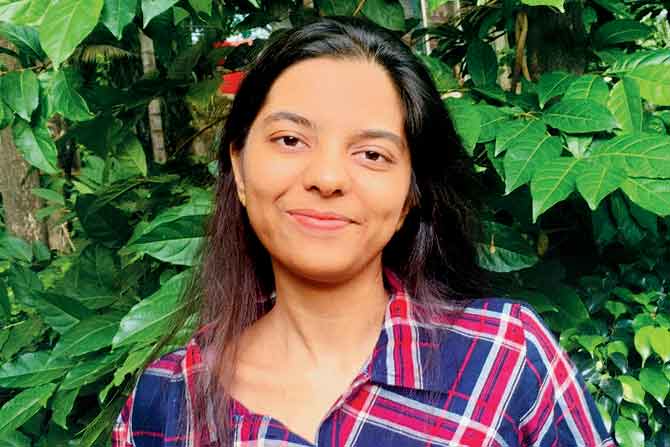 A group of students from Mumbai, led by 17-year-old Ananya Dalmia of Hill Spring International School, have put together an online platform for the youth to showcase their talent. Titled Misaal Concert, the event is aimed at youngsters in the age group of six to 18, and entries can be across categories and language. Singer, dancers and poets, all are welcome to share their work; video entries (made within a span of 30 days)need to be submitted before July 12. After screening and shortlisting by experts, the grand finale comprising a one-hour-long performance, will take place on July 25, and the selected participants will be awarded a laptop along with other gifts. But the idea is to make a difference with the proceeds raised through the event. Dalmia told this diarist, "The current crisis has had a significant impact on people's lives. The poor have become poorer and millions have become unemployed. We have embarked on a mission to contribute towards this cause and have partnered with NGO Magic Bus." 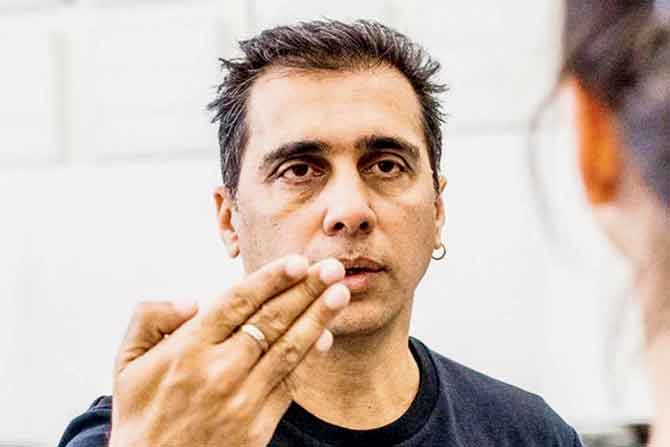 Lobo demonstrating Prana Paint to students at an earlier session

As you read this, a global 24-hour online art marathon is underway, and at 8.30 pm today, ace Indian choreographer Ashley Lobo will be part of it. Lobo and the city-based contemporary dance company Navdhara India Dance Theatre (NIDT) will participate in the extravaganza along with leading institutes such as Batsheva Dance Company, Hong Kong Ballet, La Mama New York and Schaubühne Berlin. It will be streamed live on NITE's (National Interdisciplinary Theater Ensemble) website.

Lobo will present a showcase titled Online Dance Life in India and also conduct a class on his signature technique of Prana Paint, an exercise than incorporates breath movement and sensation for artistes. Elaborating on the technique, he told this diarist, "Prana is a Sanskrit word for life force or energy. It manifests itself in how dancers explore movements through connectivity, yoga, breath, and touch to help the dancer go deeper within. Given the virtual medium, it will be intriguing to see how dancers draw connections with each other and the audiences through minute nuances of the breath and sensation." 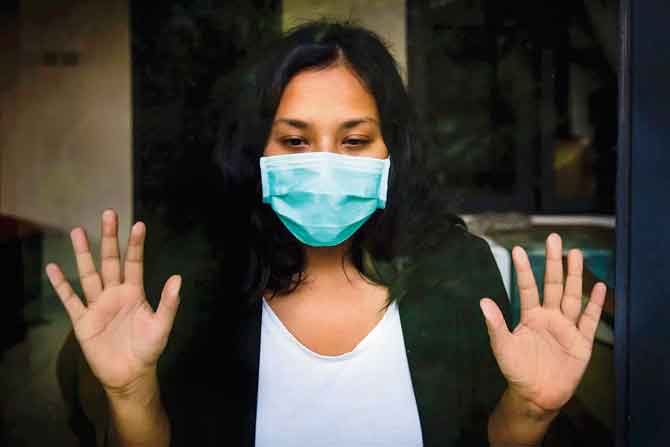 When the nationwide lockdown was announced back in March, publishing house Roli Books announced a short story contest and invited budding writers to participate. Now, the winning entries have been published as an e-book titled Lockdown Longings: 10 Stories of Love and Recollection. 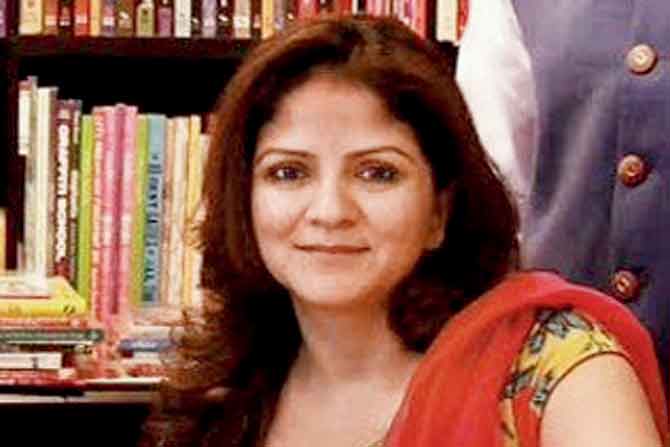 "We were delighted with the response as entries poured in from around the world," director Priya Kapoor told this diarist, informing that the book comprises messages and themes we all need and relate to during these times. "From Paris to Chota Nagpur — these are some of the most interesting, fresh voices," she added. 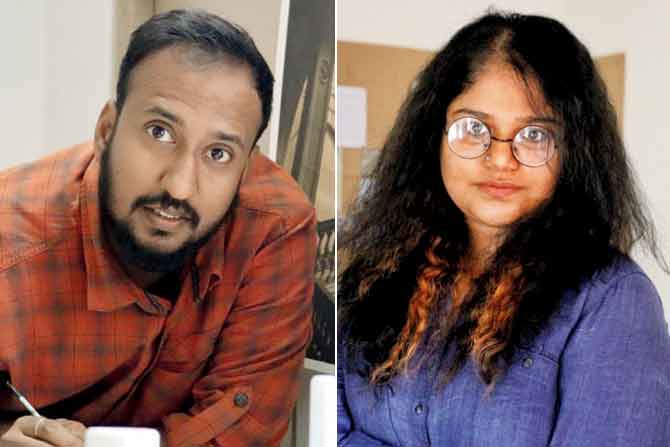 Vadodara-based artists Ekta Singh and Abhishek Verma have never met Al-Qawi Nanavati, an artist who lives in Mumbai. But together, they started Young Art Support (YAS) on Instagram, a platform for Indian art students and those who graduated in 2020 to sell work at affordable prices. 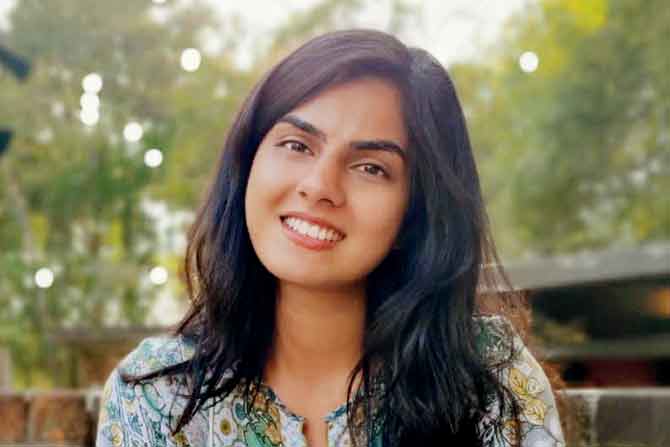 Inspired by Carpe Art that shares work from practising artists, YAS emerged when the founders realised that art students were facing difficulties finding opportunities. So far, they have helped sell 38 works and raise R1,50,000 for many artists. “We’re trying to create an equal platform by not judging the artworks or artists, and are simply putting their work out,” Nanavati told this diarist.