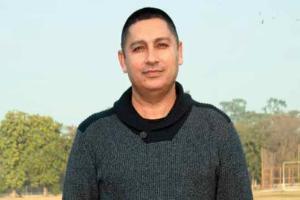 
The Karachi Test of 1989 featured four debutants. We know what became of Sachin Tendulkar and Waqar Younis. We are familiar with Salil Ankola's start-stop career and his foray into acting. We can glean more details online and scan his social media handles for updates. But we know close to nothing about Shahid Saeed, a batting allrounder who played this one Test and ten ODIs for Pakistan between 1989 to 1993. His page on ESPNcricinfo has no profile. His page on cricketarchive has a picture of Ian Bishop. His Wikipedia entry consists of two sentences.

This is hardly surprising given Saeed's unremarkable international career. He scored 12 in his only Test and managed one half-century in ten ODIs. For a top-order batsman, his ODI average was a pitiful 14.10, his strike-rate a hopeless 44.62. His domestic returns are lukewarm: an average of 37.86 in 111 matches. And not a single hundred in 96 List A games.

All of which only puzzled me. For Saeed was picked for Pakistan when they were the best ODI team in the world. He took part in the Champions Trophy in Sharjah in 1989, and the Nehru Cup in India – both of which Pakistan won. He was in the initial squad picked for the 1992 World Cup – though he eventually missed out. Surely there was more to learn about this cricketer?

A recent search for 'Shahid Saeed Pakistan cricketer' led me to the Twitter handle @ShahidS28975434. The bio read: 'Former test cricketer for Pakistan'. The display picture showed a young man sporting a Pakistan ODI outfit, clutching a bat and lime green pads. There were three tweets from the account, which had just two followers. The only handle it followed was @ImranKhanPTI. I pressed 'follow' and tweeted him a message. "Trust me," he replied via direct message. "Me, Waqar, Sachin and Salil. Same Test match in Karachi. 1989."

A few messages later he agreed to be interviewed on the phone. He lives in London and works for a company that makes rail parts. He would later tell me: "I have never been interviewed by a journalist before. Apart from my family, no one knows my story."

Shahid Saeed had given up playing for Pakistan in 1989. Fed up attending training camps and not being picked in the national squad, he decided to move to Kenya to play as a professional. On landing in Nairobi, though, he received a call about his selection for the Champions Trophy. "I said I am not coming," he says with a laugh, "but my parents forced me to fly back." 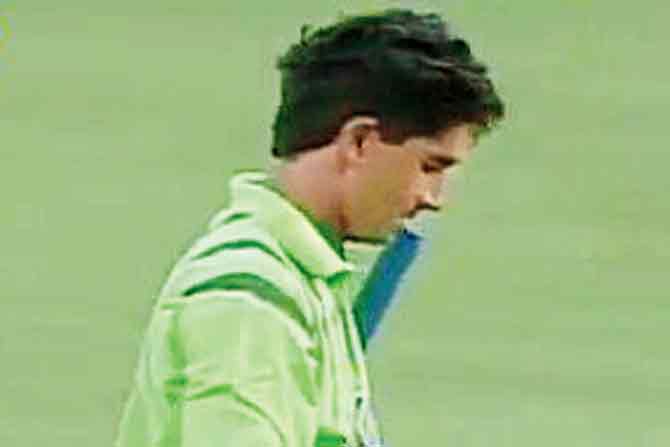 It has been over 30 years since his debut season but Saeed's memories are undimmed. He remembers trying to reverse-sweep Ravi Shastri and getting hit, comically, on the neck. He "dreams" about his career best 50 against India and recalls one particular on-drive when the bat made the "sweetest sound" on meeting the ball. He can "never forget" a cover-drive from Courtney Walsh that struck him on the hand and ricochet for four. Five days later he was hit on the hand again in a Nehru Cup game in Cuttack. And later found out that he had two fractures.

Saeed recovered in time to play a warm-up match against the touring Indians in 1989. "The pitch was flat and batting was easy," he says. "Around the 70-over mark the ball started swinging and I took four wickets in four overs. That was the only reason they picked me for the Karachi Test."

When told he was part of the XI on the first morning he couldn't bring himself to eat breakfast. He remembers Wasim Akram's surprise over India picking a 16-year-old Tendulkar. "If he survives this," Saeed recalls Akram saying, "he will go on to be the best player in the world." Saeed recounts how composed Tendulkar was at the crease and contrasts that with his own state of mind. "When I walked out to bat, I couldn't feel my feet touch the ground. I shook my body, my arms, my head, but I still couldn't feel my feet. I told myself, 'Oh my good lord, I won't survive.' First ball from Kapil Dev, I don't know how I hit it to midwicket. I was so tense."

Saeed was on 12 when he went after a wide one from Kapil. "I would have left that ball but Imran said we needed to get quick runs to declare. If the captain says jump, you jump. And I edged to the keeper." Saeed was 12th man for the next Test. And was out of the side thereafter.

His next chance came in 1992-93 on the tour to Australia and New Zealand. Saeed doesn't even know why he was picked. Over the 59-day tour he batted in the nets just once. The rest of the time he was told to assist senior players with throwdowns and run their errands. He was run-out in the two ODIs he was part of – "same fielder both times, Dipak Patel" – and a report in the New Zealand Herald backs up Saeed's claim that the second decision was a mistake. "Even the umpire admitted that he should have given me the benefit of the doubt."

In the Australia leg of the tour, in what turned out to be his last two ODIs, Saeed played two shots that continue to haunt him. In his last game in Melbourne he walked down the crease to Tony Dodemaide, moved across and tried to hoick a ball, only to lose his leg stump. "It was such a bad shot that I had a smile on my face when walking back. I knew that my career was over."

One game earlier, on a bouncy pitch at the Gabba, in a match when Pakistan were rolled over for 71, he was out caught in the slips, fending at a lifter from Ian Bishop. It is a moment that refuses to leave him, however hard he tries.

"There was a big gap at extra-cover. So rather than playing the pull I said, 'Let me push the ball.' What happened? The ball moved away from me and I edged to Lara at slip.

"I could have easily pulled that ball. I don't know what happened to me. Even today, at work or at a meeting, or when watching TV, I think of that one ball and I start moving my body like I'm playing a pull shot. I have dreamt about that ball so many times. But it's too late."

One fleeting moment on a cricket pitch. A lifetime of recollections and regret off it.

Bio: Siddhartha Vaidyanathan is a writer and editor based in Seattle. His debut novel What's Wrong with You, Karthik? is published by Picador India