By uploading the archives of the Photo Division of India on an Instagram account, Sarkari Shots, writer Alexander Keefe is doing what the sarkar should be doing 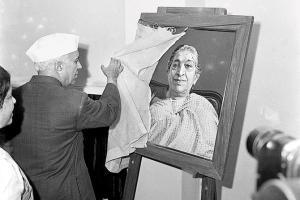 Jawaharlal Nehru unveils a portrait of Sarojini Naidu to mark the inauguration of the Sarojini Naidu Memorial Trust Building in New Delhi on December 15, 1958


American writer Alexander Keefe knows a thing or two about India that several Indians don't. An MA in Sanskrit from Harvard University, who spent a year in Varanasi in 1995 to learn Sanskrit for "as long as I could stand it," he has studied Urdu and classical Persian seriously.

Thanks to the family he lived with, in Assi Ghat, who spoke no English, and the four years he spent in Delhi from 2004 to 2008, he is fluent in Hindi, and Punjabi swear words. As a Fulbrighter, he lived for a year in Rajasthan and Gujarat in 2003, and can read Gujarati "pretty smoothly, including archaic forms of the language." He's also spent his life "learning, writing and talking about India." And, of the several subjects he's touched upon, from photographers such as Gauri Gill to classical musicians such as Pran Nath, he's also written "two love letters to India, but love in separation, as they say." 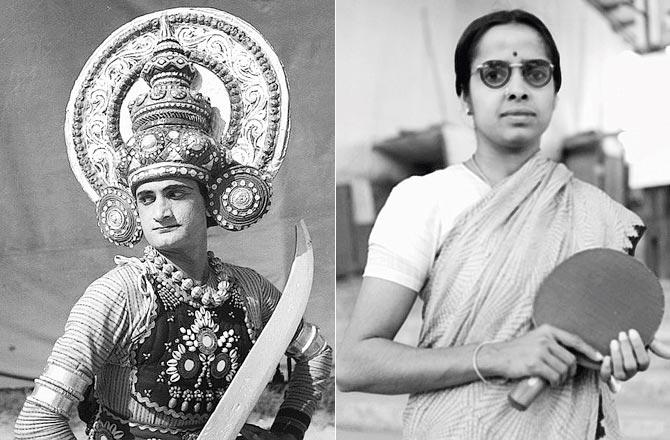 In 2014, the YouTube page of Films Division was posting a flood of short films produced by them over the decades. "I found it irresistible to watch them all and create a Tumblr page [called Sarkari Shorts] dedicated to my reviews, writing and criticism," says Keefe. "I developed my taste for the governmental, the mediocre, the ordinary, the nobody. It's a subtle taste, but once acquired…" That led him to Photo Division's website, which "boasted thousands of photographs and captions, all freely downloadable, and without restriction. At the time, there was even a download button for each one." Since then, Photo Division's once-wonderful online archive has been reduced to nothing. But, by then, Keefe already had a folder full of his favourite images. In November last year, he started posting these images on Instagram, @sarkari_shots, with their original captions, fully credited to the Photo Division and its photographers.

The Photo Division captured events that have become even more remarkable with time. In April 1952, at the Brabourne Stadium, a large number of oglers had gathered to witness a unique event: India's first beauty pageant. The first Miss India was Bharatanatyam, Kuchipudi, Kathakali and Odissi dancer Indrani Rahman, and the first runner-up was Suryakumari, a Telugu child star. In 1949, the intelligence branch of the Bombay Custom House received information that an Austin A-40 motor car was smuggling in gold.

A thorough inspection revealed that 4,136 tolas, valued at '4,75,651, were concealed in the radiator. In 1957, Mack M Greene, an American Fulbright lecturer in physical education at a Madras college, wrote a letter to Pandit Jawaharlal Nehru, asking the prime minister if he would sit for a portrait bust. The first sitting took place in September, where Greene took 30 photographs of Nehru's head from many angles. He eventually made two busts: an impressionistic study and a realistic one; Nehru seemed to prefer the former. Greene later said, "I have never fully recovered from his acceptance."

These are all baby pictures of India, sitting pretty in the vault of Photo Division. When we call up the agency, we're shunted from one department to another till we reach a dead end. Our email goes unanswered as well. The website is hopeless, although it offers a few nuggets of information. Originally the Photo Unit, it was renamed Photo Division on October 6, 1959. The job of the Photo Division is "to document the growth, development and the political, economic and social changes in the country and to provide visual stills to the media units of the government."

It makes it sound so dry that we prefer Keefe's version. "I generally agree with the great scholar Srirupa Roy, which is that these [governmental] organisations were tasked with making visible the new state — the new, independent India — and its new citizens and spaces. This is an ordinary task of government in the 20th and 21st centuries, but in the case of a decolonised India, an especially pressing one. Theatre of state is certainly one part of it, but so is theatre of countryside [I think of stagey portraits of noble peasants shot from below] and classroom. [It is] theatre of citizenship."

What sticks out to him in the pictures is the palpable sense of youth. "Everyone looks so young. There are these images of Pandit Nehru visiting students, and he's swarmed by handsome, well-dressed college kids, who look 100 per cent ready to take over the world. There's this sense of excitement, to be caught up with the great adventure of Independence and decolonisation, to be swept up in that huge meta-narrative, an ocean of story, in which the Photo Division is just one mirroring current and changing flow."

Keefe, 46, currently lives in California, and posts three to four times a day. He admits, "Nowadays, I find that I'm hardly alone. Many of the images I'm posting can be easily found elsewhere on the internet. I suppose what differentiates my account is the care I put into it, the sequencing, the occasional comments and appreciations, and obits." Although, there are several photographs, of famine, riot and traumatised survivors, he hasn't included, and doesn't intend to.

"There are a number of photographs taken in the wake of Gandhiji's assassination that depict a moment of great shock and uncertainty. You can see it on the faces of the people in the images, a kind of shell shock really. There are other harrowing images from post-Partition refugee camps. Photographs like these are troubling on so many levels. But I would really question such an enterprise, especially on Instagram. My approach is to pick up stories I find in the archive, sometimes themes, sometimes visual echoes, and follow them. It's a different challenge to write about them, but compelling. Sometimes heartbreaking, too. It was a hard half-century for many."