Madhuri Dixit Nene with husband Shriram Nene was spotted at a popular restaurant in Bandra, while Hrithik Roshan with kids Hridhaan and Hrehaan, Zayed Khan with kids were also spotted at the same eatery in the Mumbai suburb. We have pictures 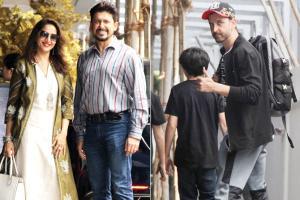 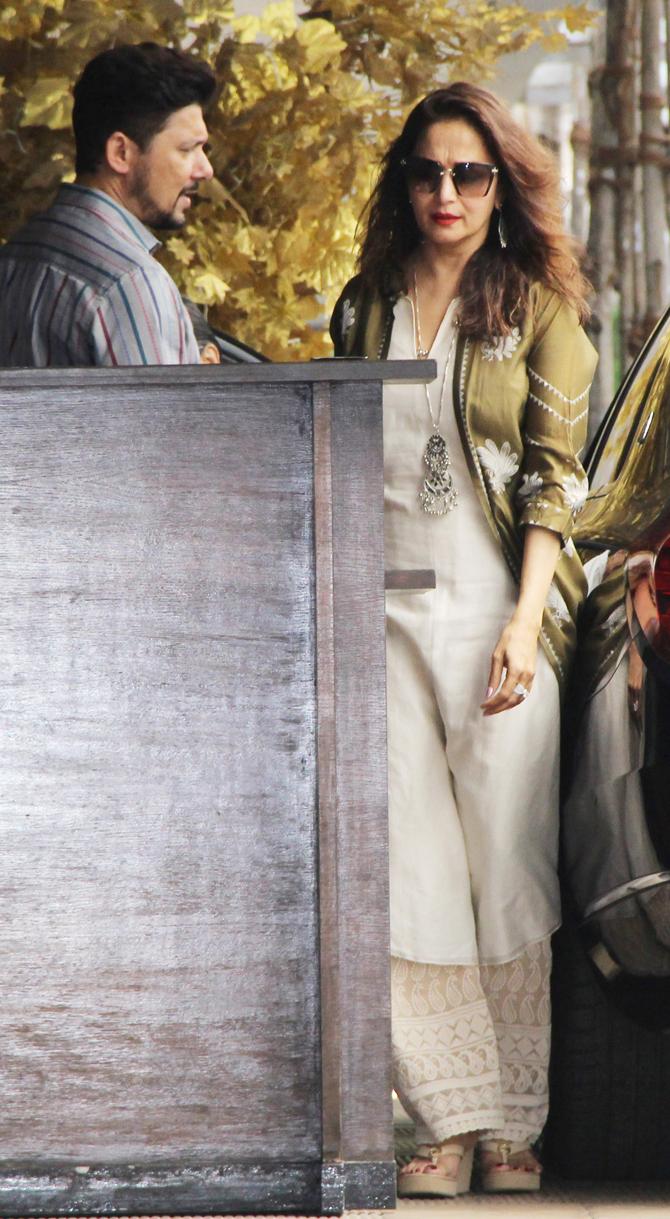 Madhuri Dixit along with husband Shriram Nene was spotted at a popular restaurant in Bandra, Mumbai. The couple were out for a lunch date. All pictures/Yogen Shah 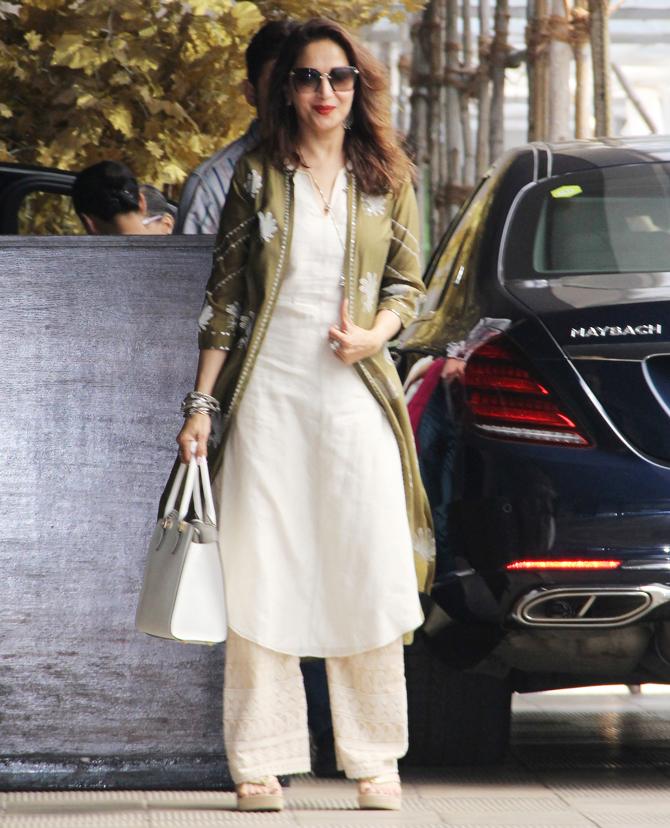 Madhuri Dixit Nene looked beautiful in her Indo-western attire as she stepped out from the restaurant in Bandra. Known for her dancing skills, Madhuri Dixit Nene celebrated Valentine's Day getting jiggy with doctor hubby Shriram Nene. 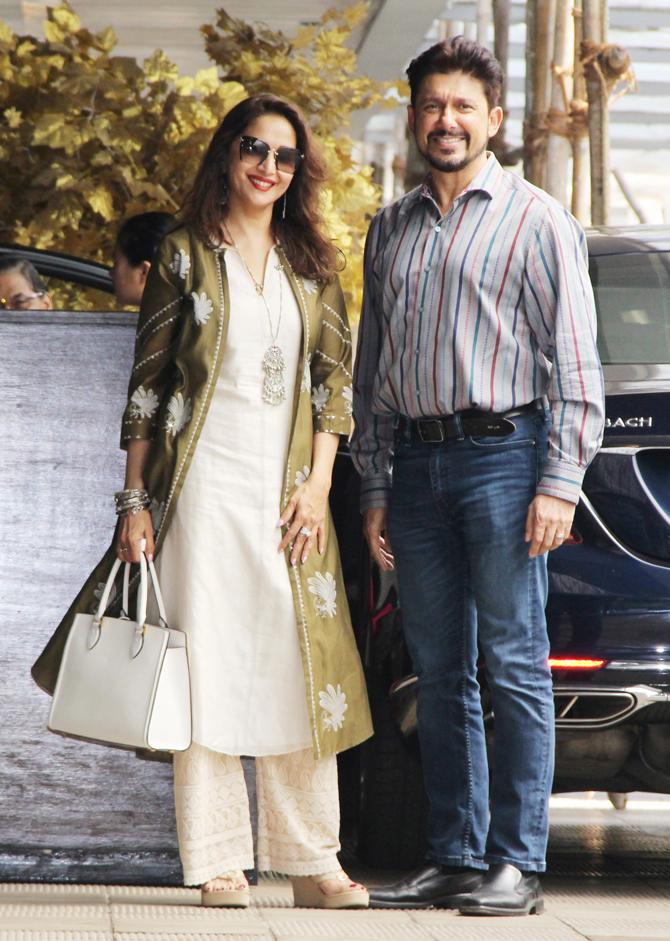 We did a double-take seeing his lean frame and new look in the video shared by Mads. Seeing the good doctor match steps with her looks like there is an actor in waiting. We won't be surprised if he acts in one of their productions.

In picture: Madhuri Dixit and husband Shriram Nene pose for the photographers at the Bandra restaurant. 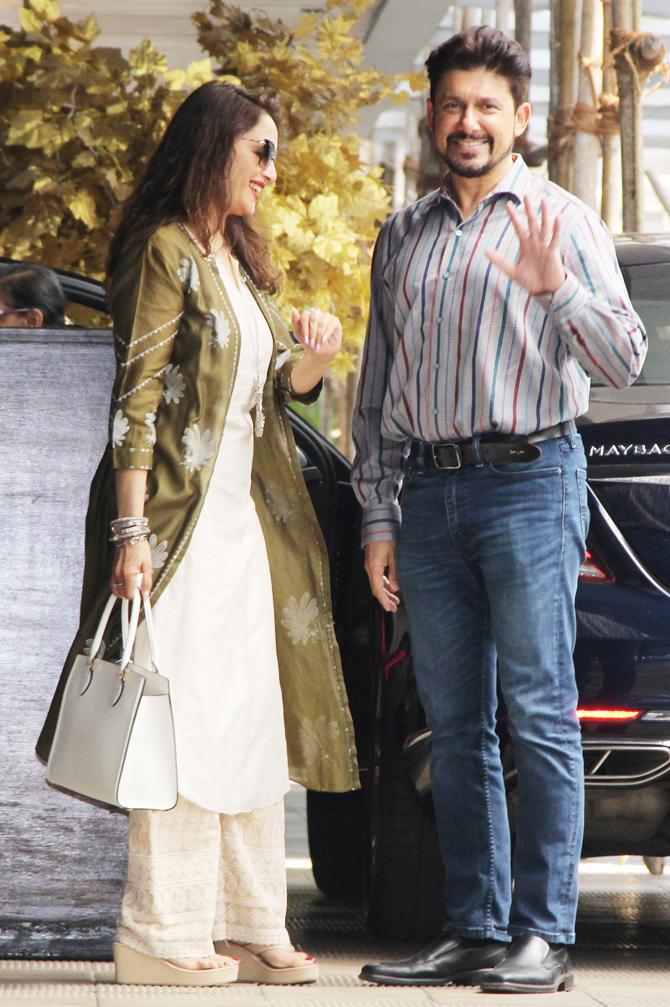 Madhuri Dixit Nene has two teenage sons named Arin Nene and Raayan Nene and, on what kind of film launch she was expecting for her sons, she in a recent interview said, "I don't know whether they want to get launched. I don't want to force them. I don't know what they are going to do. I feel kids should follow their passion because once you are passionate about something, you never feel that you are going to work, because every day will be a pleasure to get up and do something. So, I expect that from both of them."

Hrithik Roshan was also spotted at the same restaurant in Bandra. The Super 30 actor was out for a lunch outing with sons Hridhaan and Hrehaan Roshan. 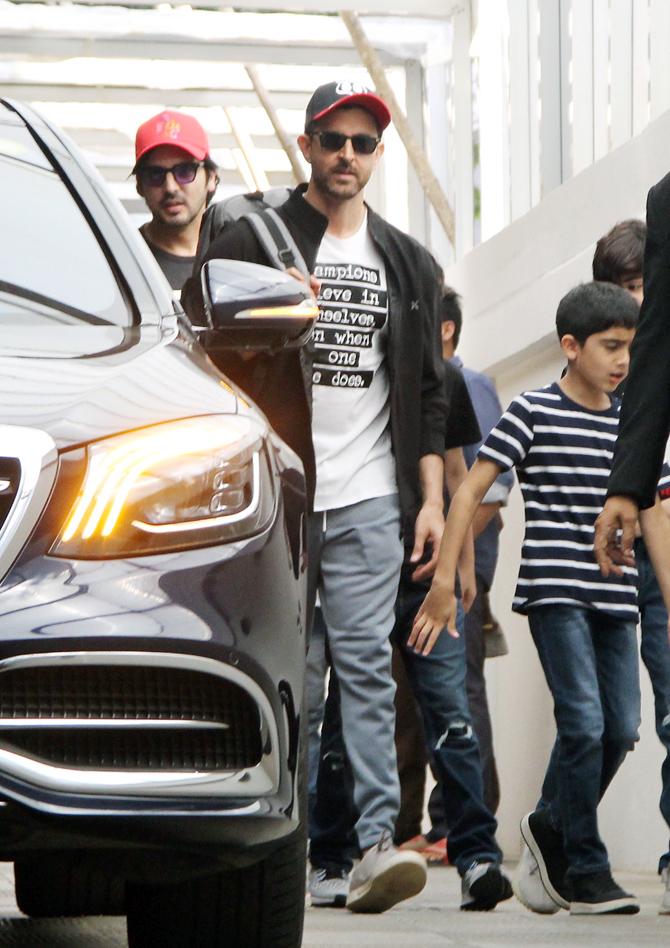 Hrithik Roshan had stepped out with Zayed Khan and his kids for the lunch outing. Sussanne Khan's brother and Hrithik are often spotted hanging out together. 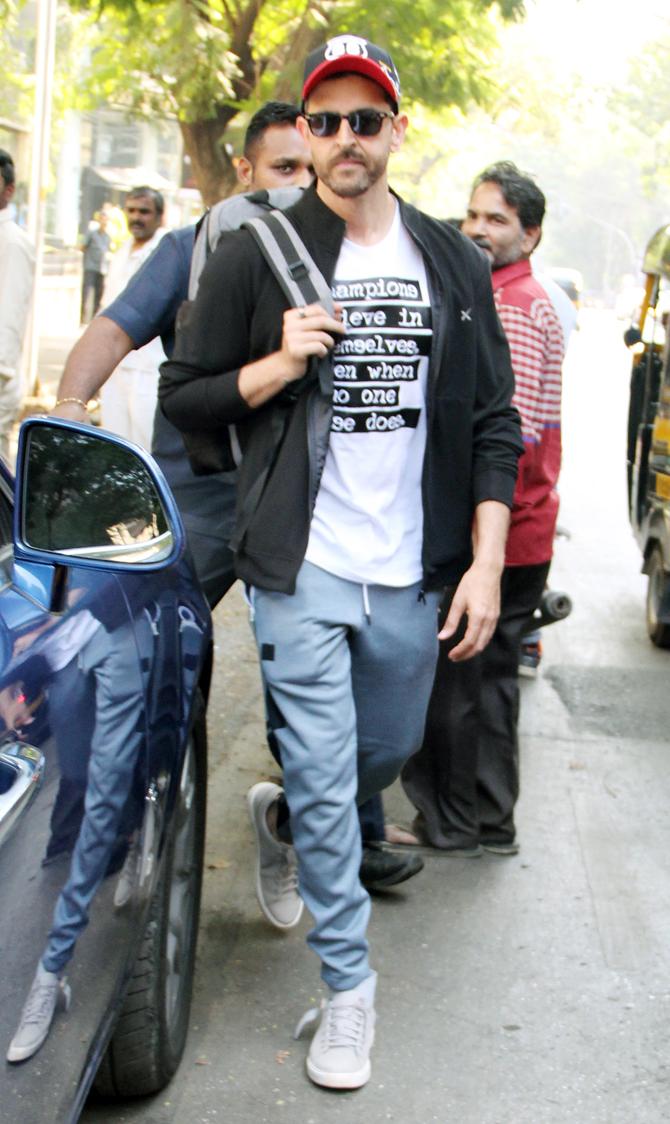 Hrithik Roshan recently opened up about what his father, filmmaker Rakesh Roshan, told him he should keep in mind while working with different directors. The father-son duo has worked together in blockbusters like Kaho Naa... Pyaar Hai, Koi Mil Gaya, Krrish and Krrish 3 as director and actor. 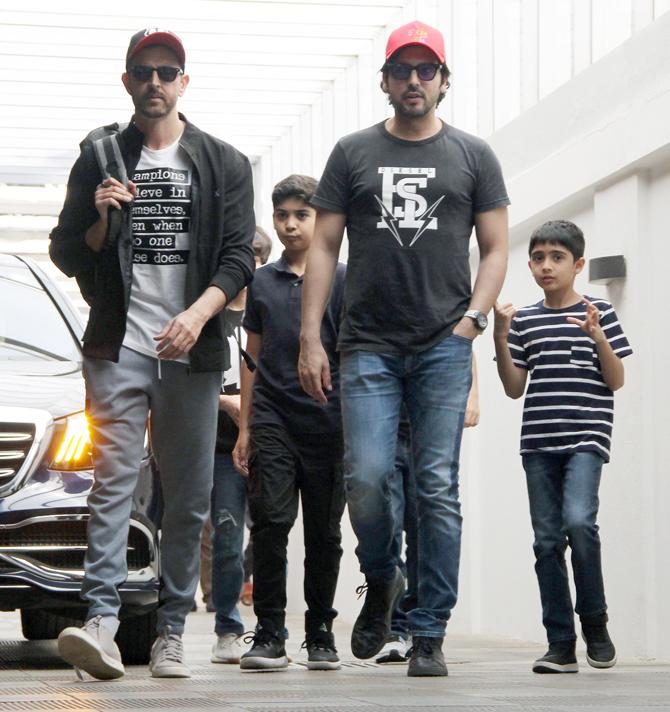 Hrithik Roshan said, "People often ask, you work with different directors. My father said that you must have four things -- mutual respect, a strong head, courage, and tolerance'. My responsibility lies till choosing the director. After that, I have to only listen (to the director)." 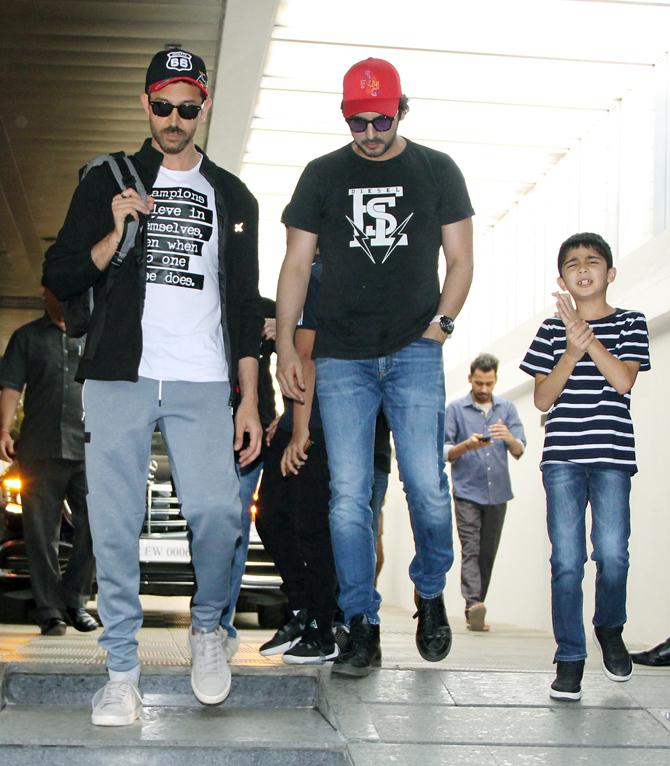 Is there a dream role? "There is no favourite dream role in my life. My favourite is what I do," he replied. On his closest character, he said: "My life has two characters each on two ends that are closest -- Super 30 and Koi Mil Gaya on one end and War and Dhoom 2 at the other end." 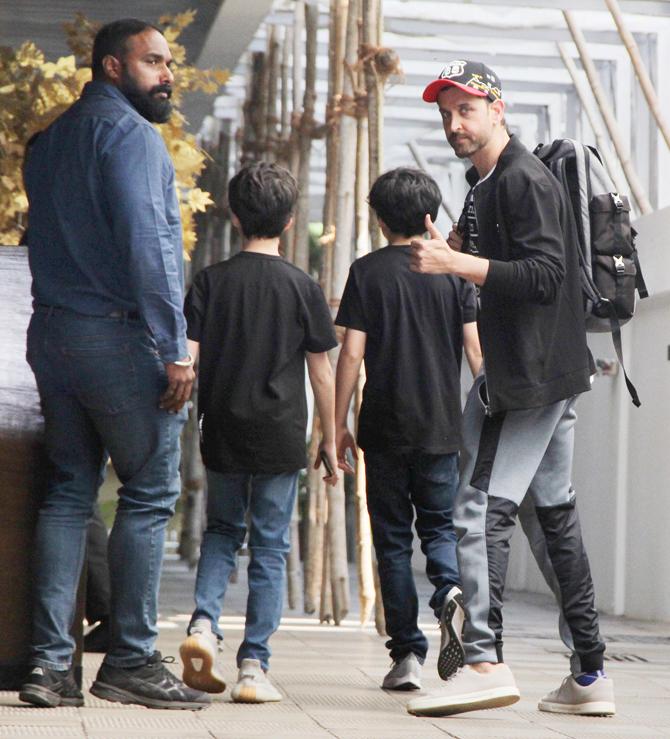 Hrithik Roshan has had a phenomenal 2019 with his hard-hitting performances in Super 30 and War. Both his roles have been etched in the hearts of their audiences and the fans are waiting eagerly to see their star on the big screen.

In picture: Hrithik Roshan gives a thumbs up to the photographers as he leaves with his sons post their lunch outing at the Bandra eatery. 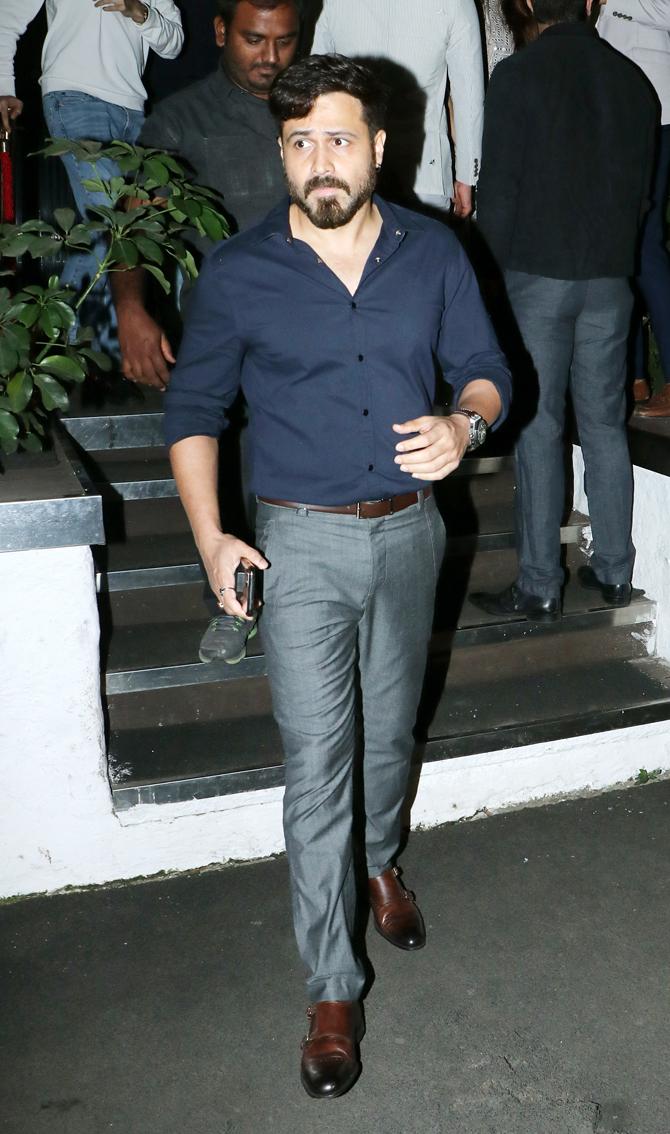 Emraan Hashmi was also spotted in the Bandra suburbs, the actor was out on a dinner date with wife Parveen Shahani. 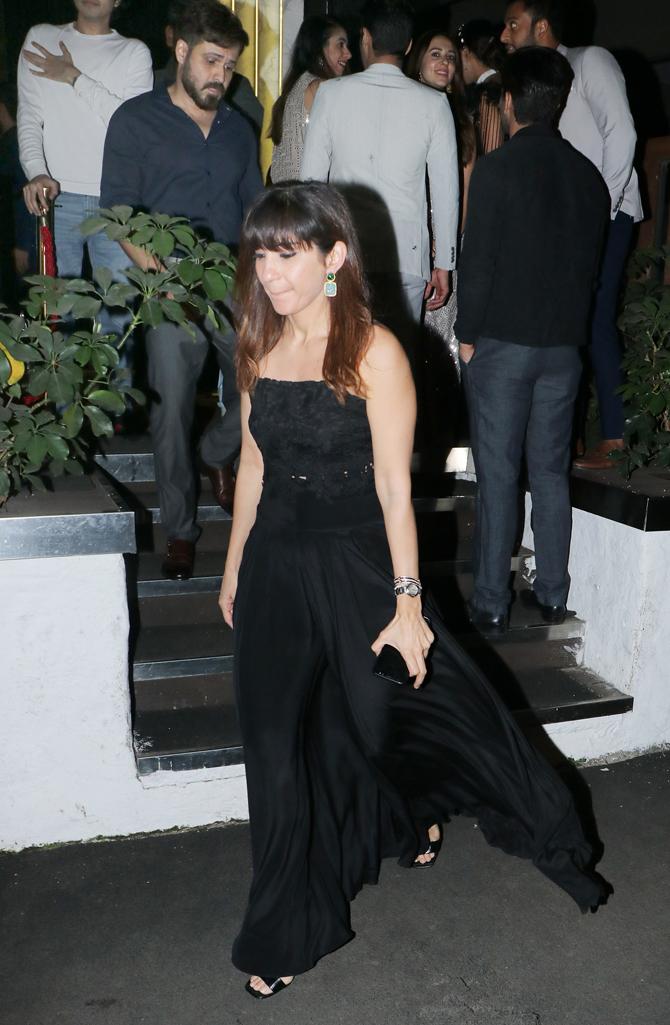 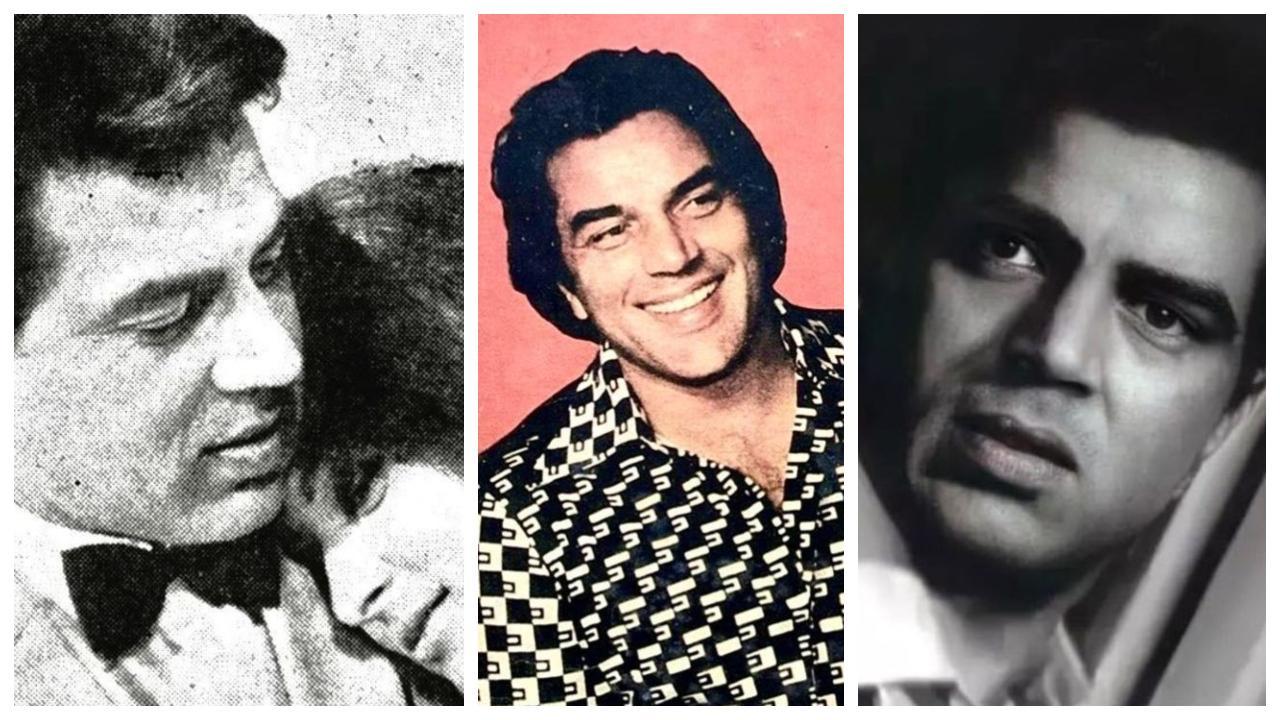 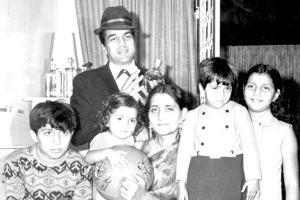 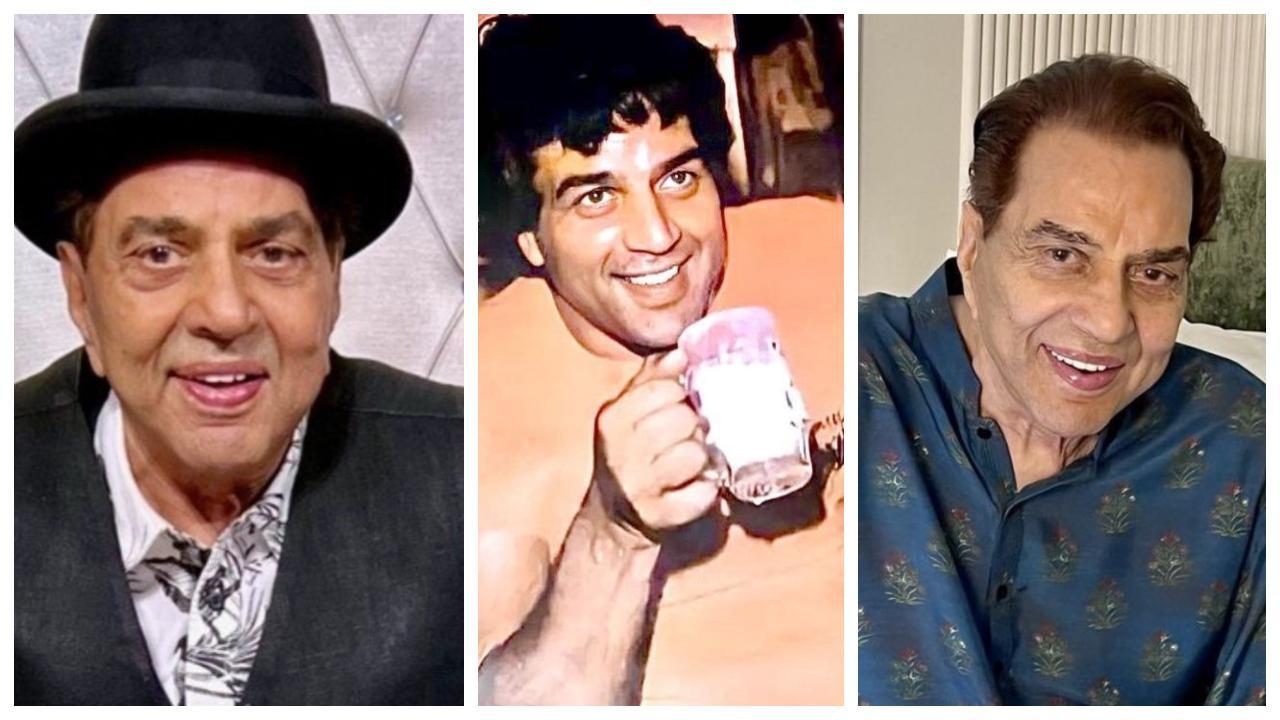