We are just a week away from the release of the much-awaited magnum opus, 'Brahmastra'. Ahead of the release of the film, Ranbir Kapoor and Alia Bhatt were spotted at the Mumbai airport on Thursday night as they made their way to Hyderabad. The team of the film has organised a massive pre-release event to celebrate the film. Jr NTR who has stormed the nation with his performance in 'RRR' will be the chief guest at the event. (All Photos/ Yogen Shah) 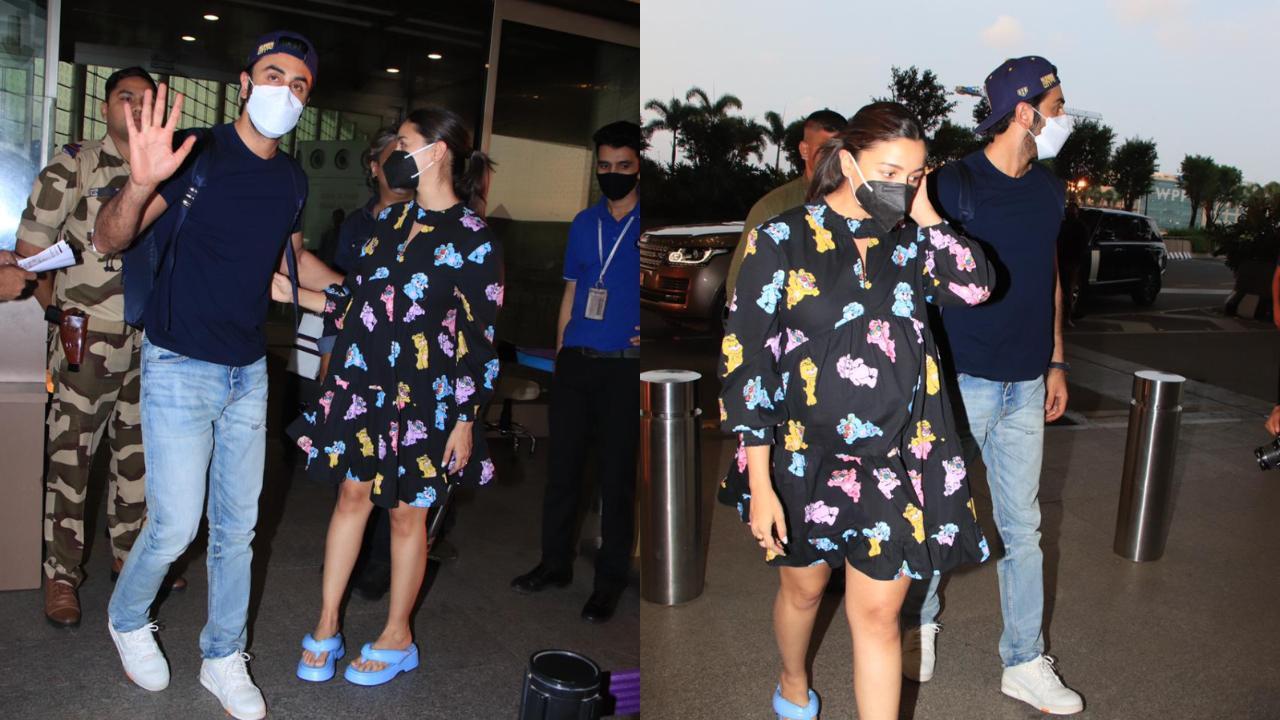 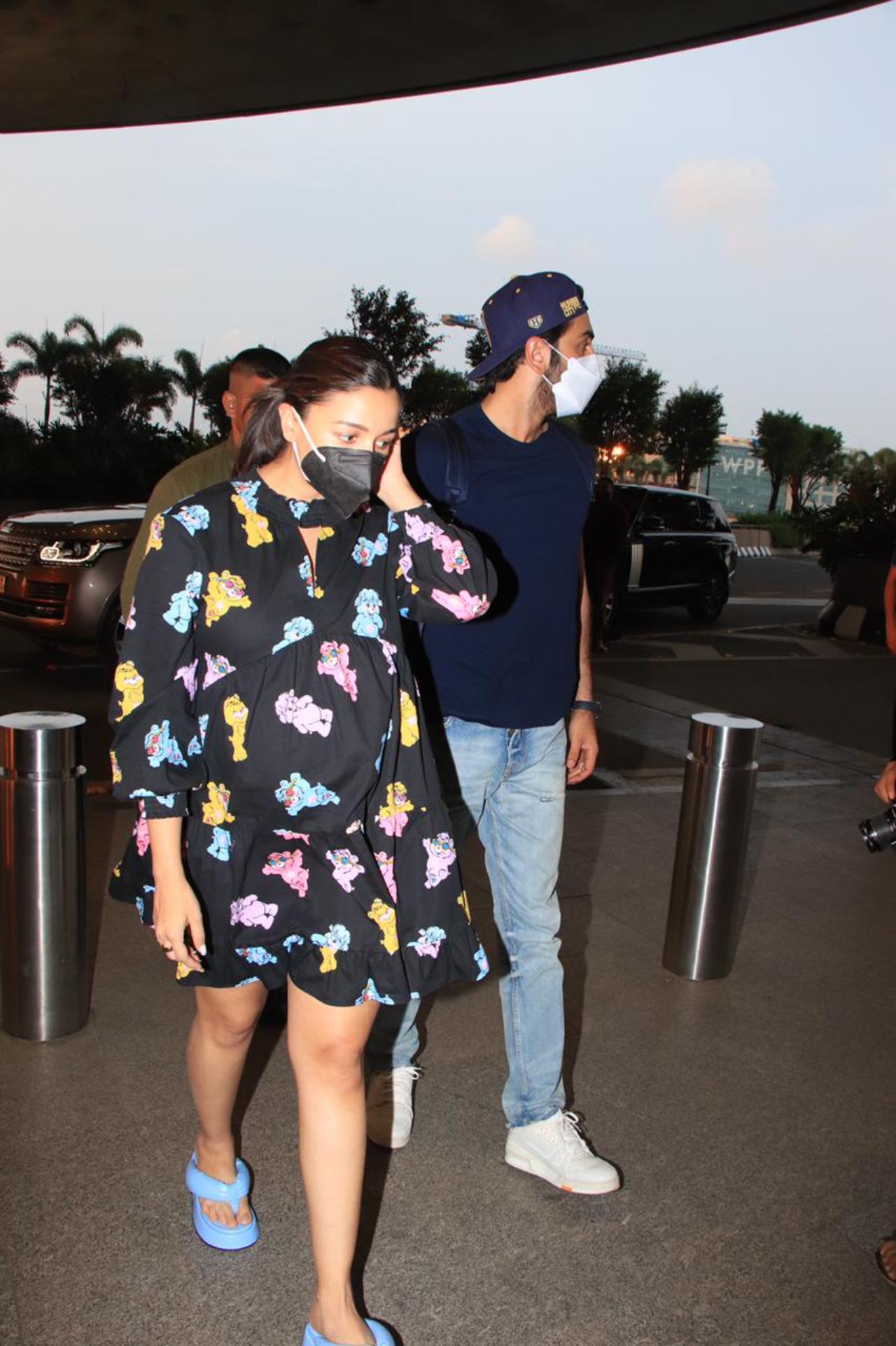 Parents-to-be Alia and Ranbir were seen arriving together at Mumbai airport on Thursday night. The couple also posed for the paparazzi before they headed into the airport 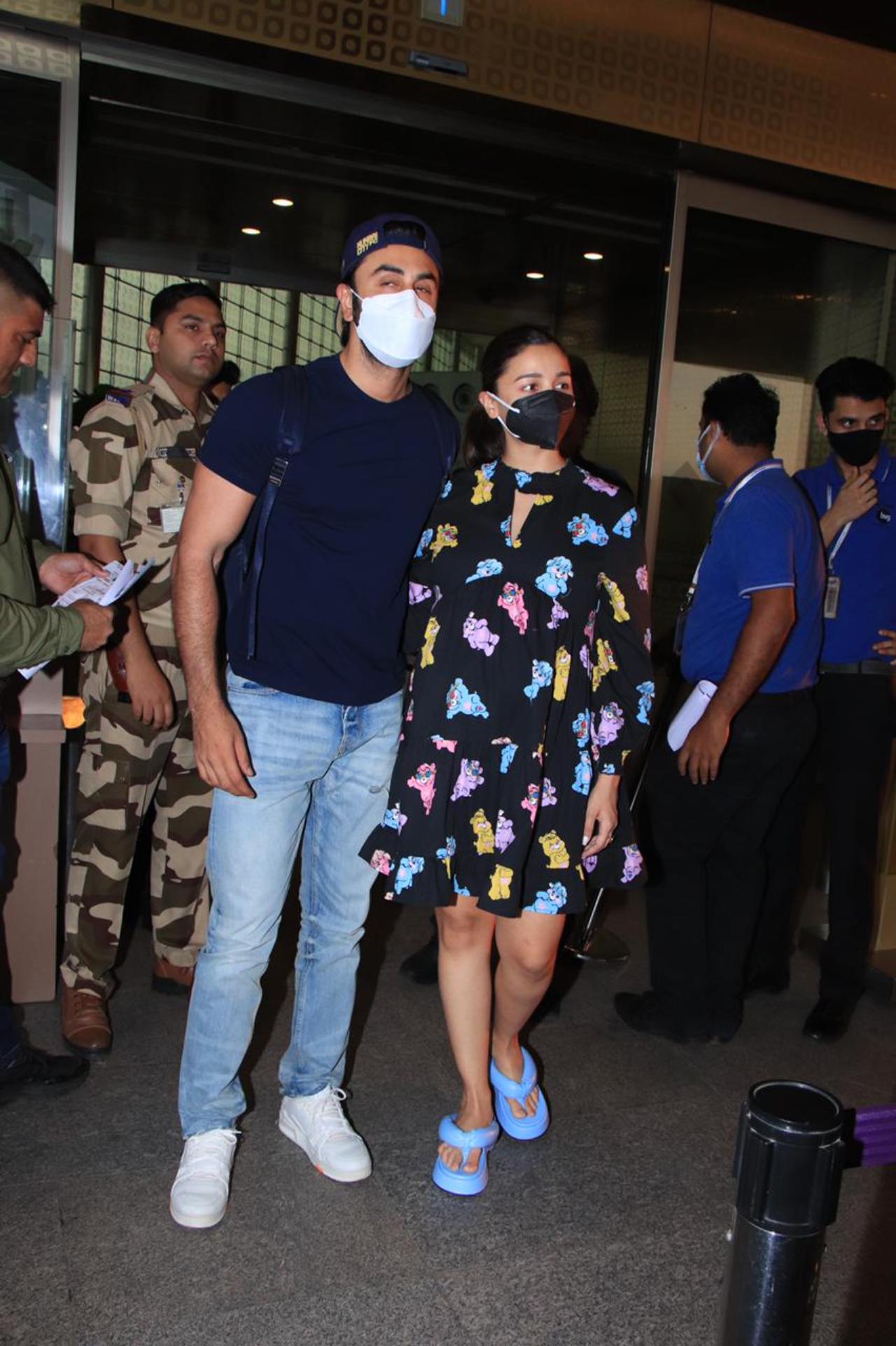 The duo kept their attire casual for the flight down South. Alia kept it cute in a short black summer dress. She completed her look with her hair tied in a ponytail and platform blue slippers. Ranbir, on the other hand, kept it casual in a navy blue T-shirt and jeans 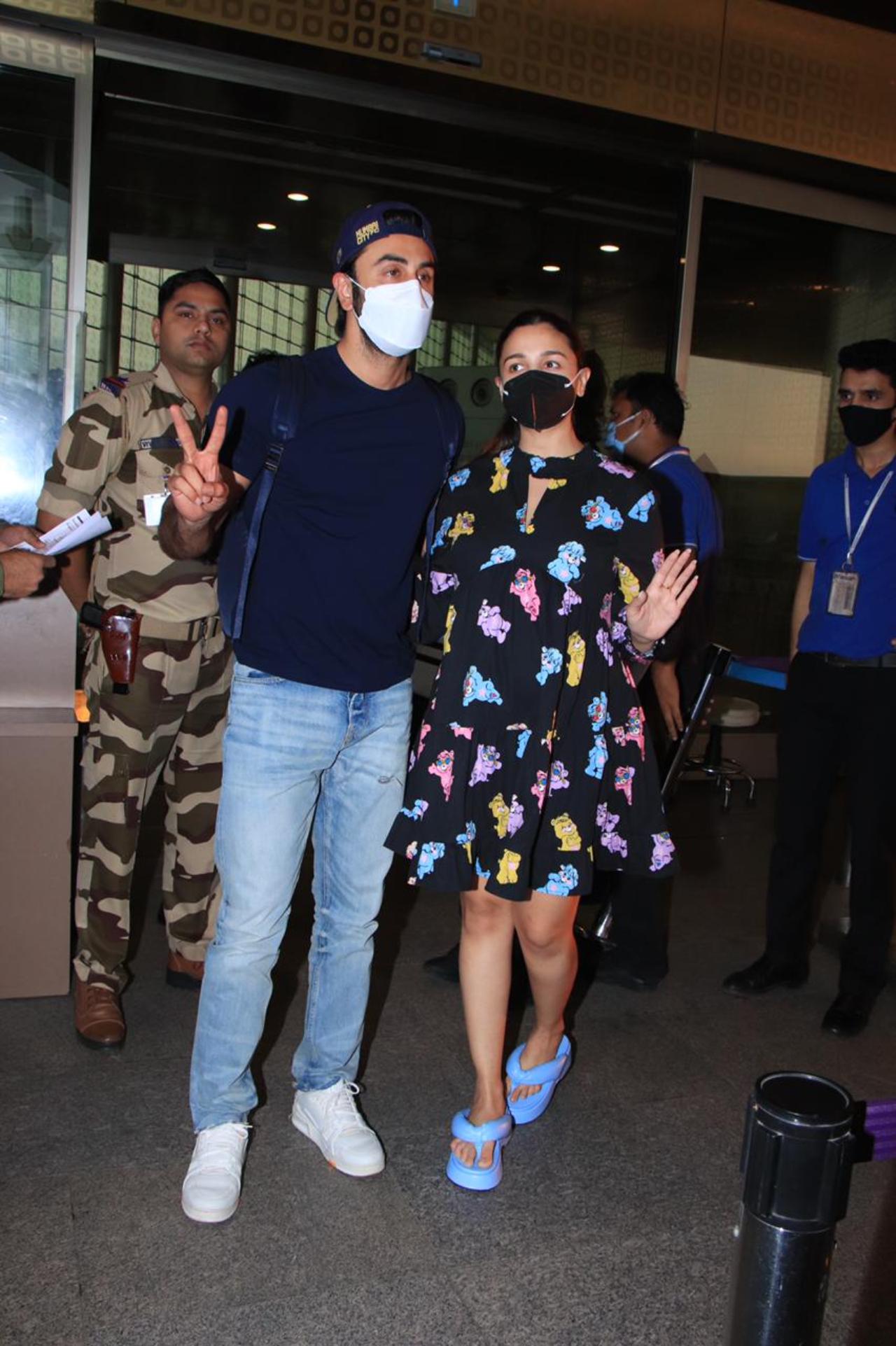 The team of 'Brahmastra' will be attending the massive pre-release event of the film in Hyderabad on September 2. The event will be graced by Jr NTR. Reportedly, SS Rajamouli will also be present at the event 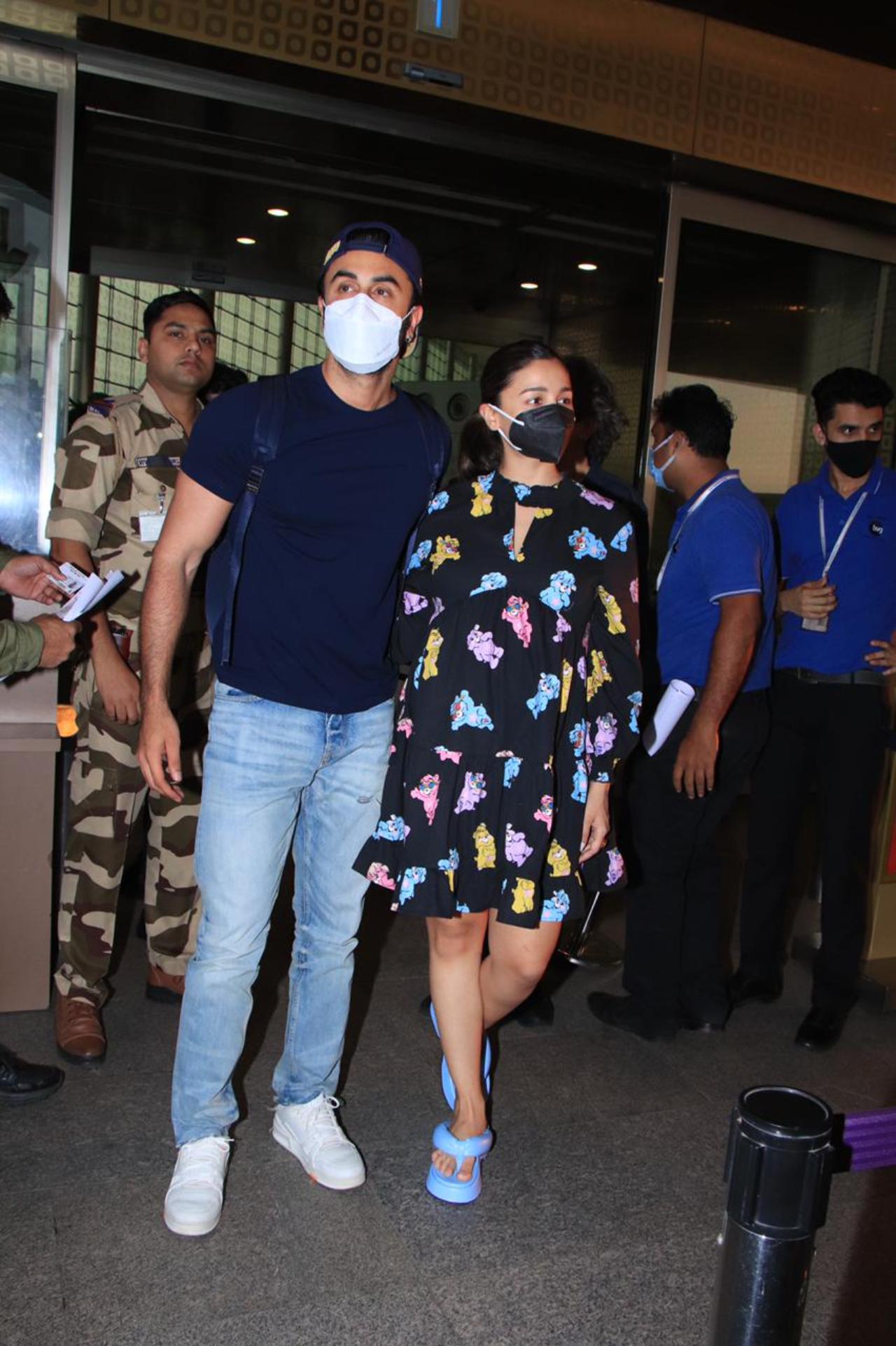 'Brahmastra' is reportedly made on a budget of Rs. 400 crores and is touted to be the costliest Hindi film ever made. The film has been in the making for five years 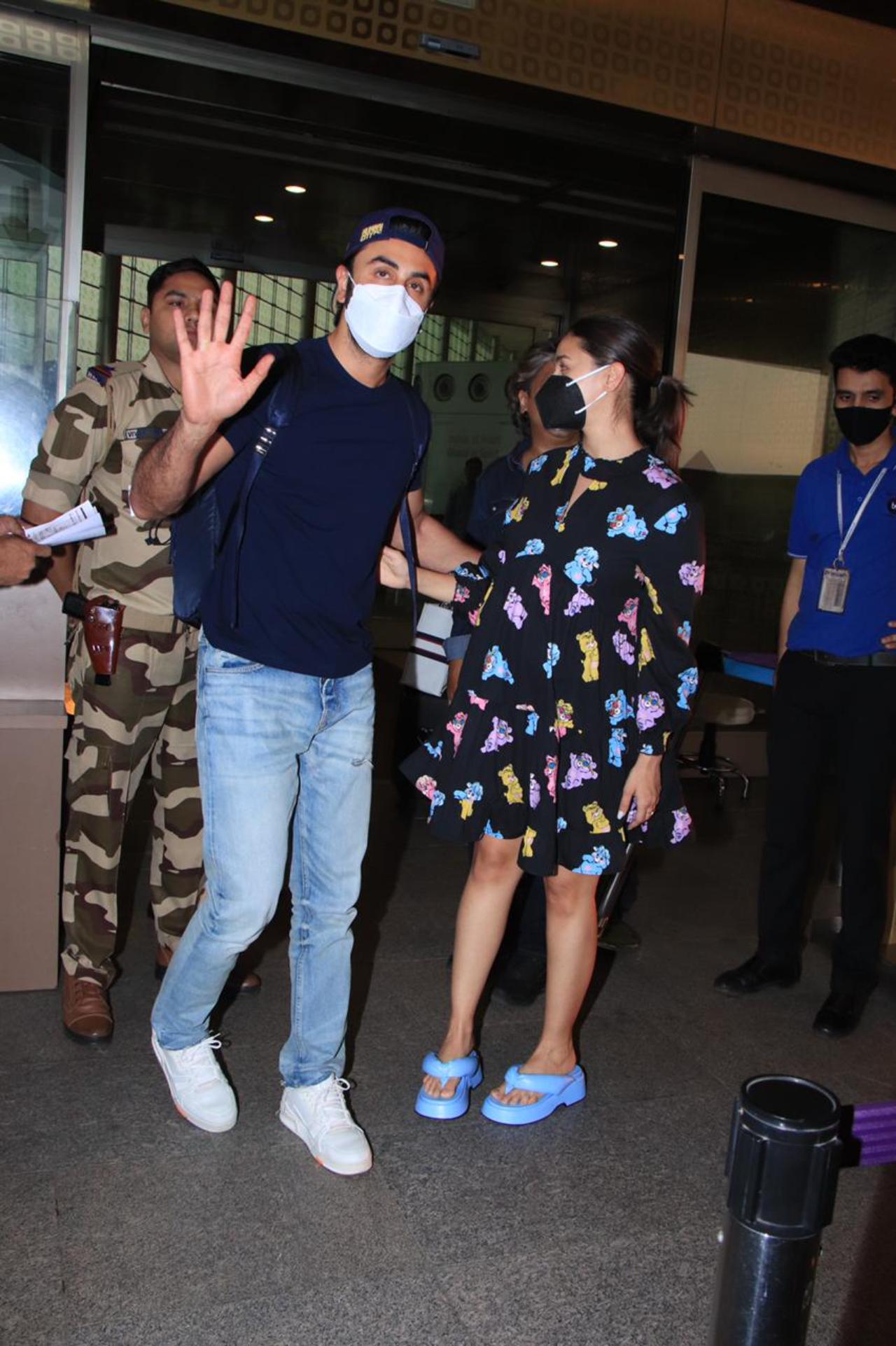 'Brahmastra: Part one- Shiva' is the first movie in the trilogy directed by Ayan Mukerji. The film also stars Amitabh Bachchan, Mouni Roy, and Nagarjuna. The film will also see a special appearance by Shah Rukh Khan and will be released in theatres on September 9, 2022