Bollywood diva Alia Bhatt dropped some 'radiant' glimpse of herself, flaunting her baby bump to the fullest in a pink sheer-ruffled top on social media. Mom-to-be Alia Bhatt is awaiting the release of her highly-anticipated next 'Brahmastra', she is expecting her first child with her husband, actor Ranbir Kapoor. (All Photos/ Yogen Shah and Instagram) 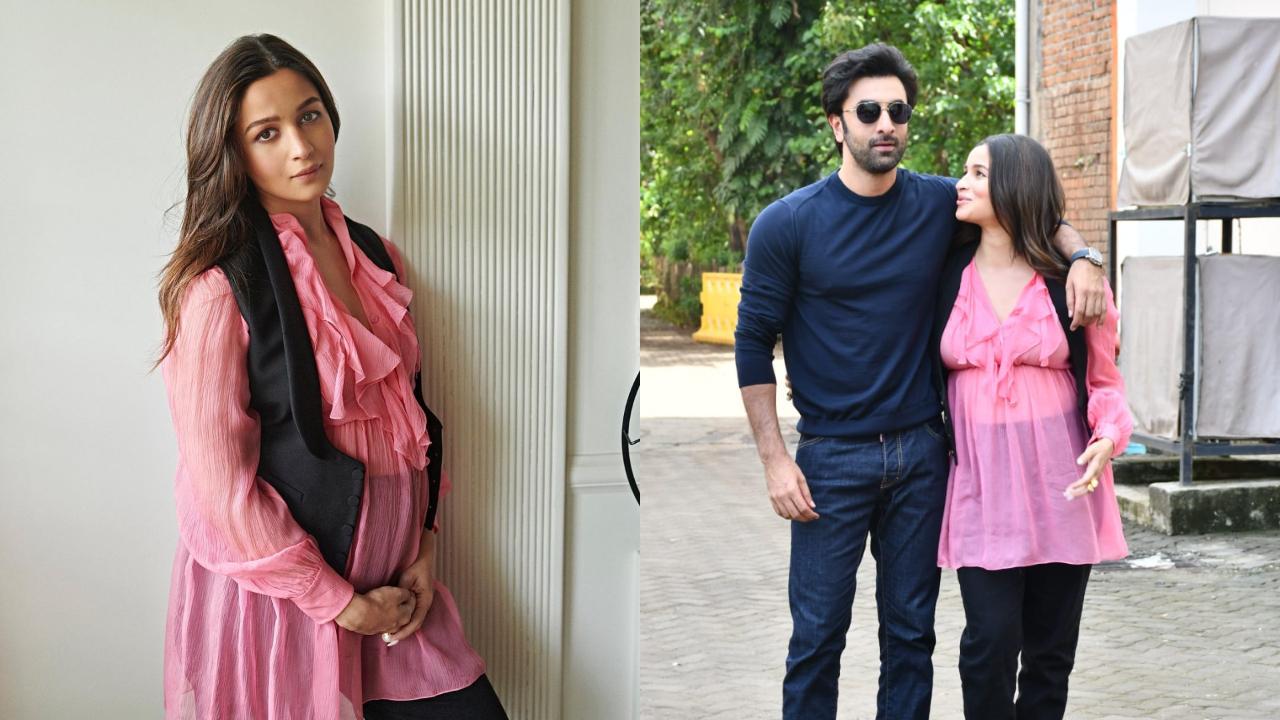 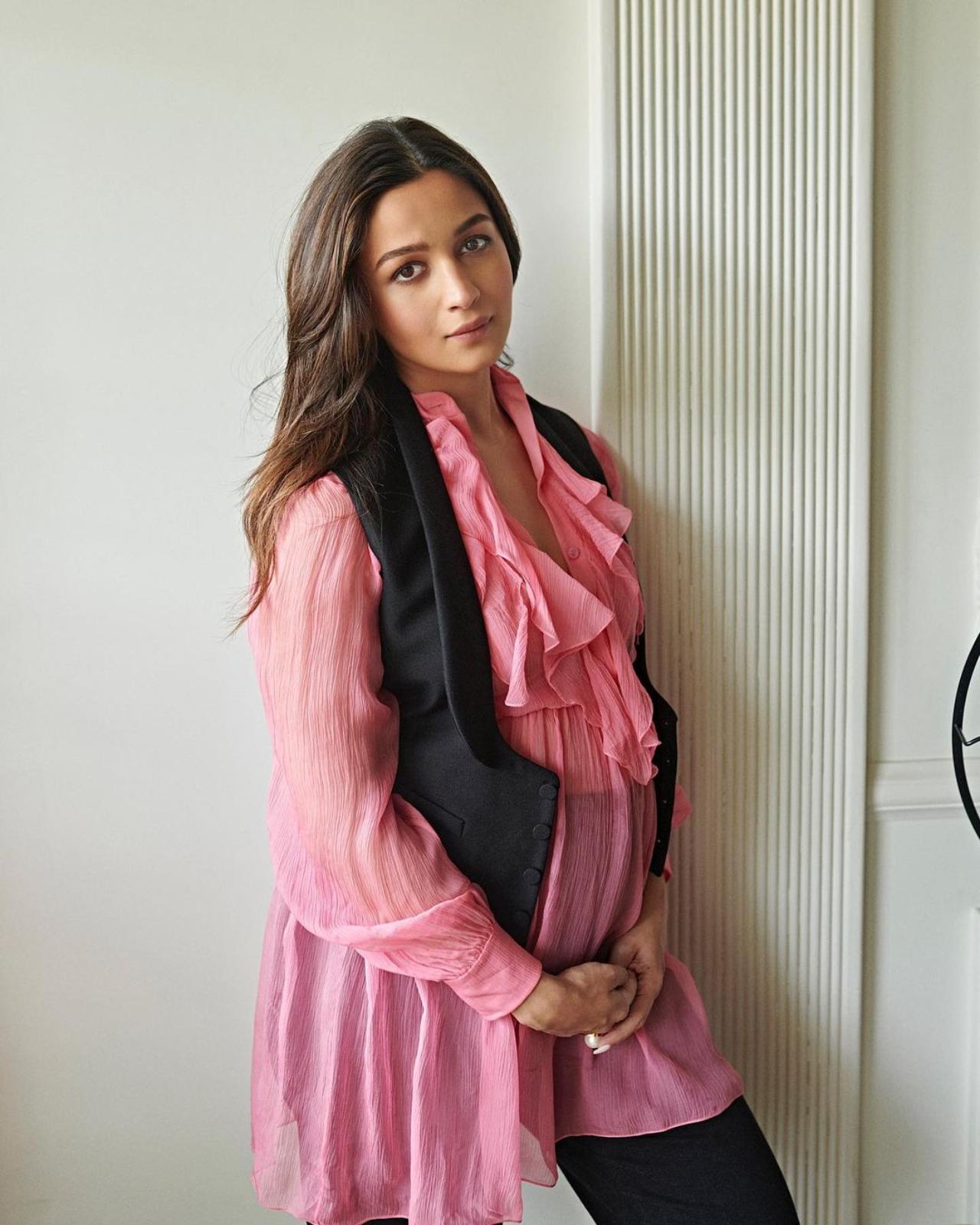 On Friday, the 29-year-old star took to her Instagram handle and shared a couple of pictures flaunting her baby bump. She captioned the picture," the light .. is coming! (In just two weeks) 9TH September --- BRAHMASTRA ". 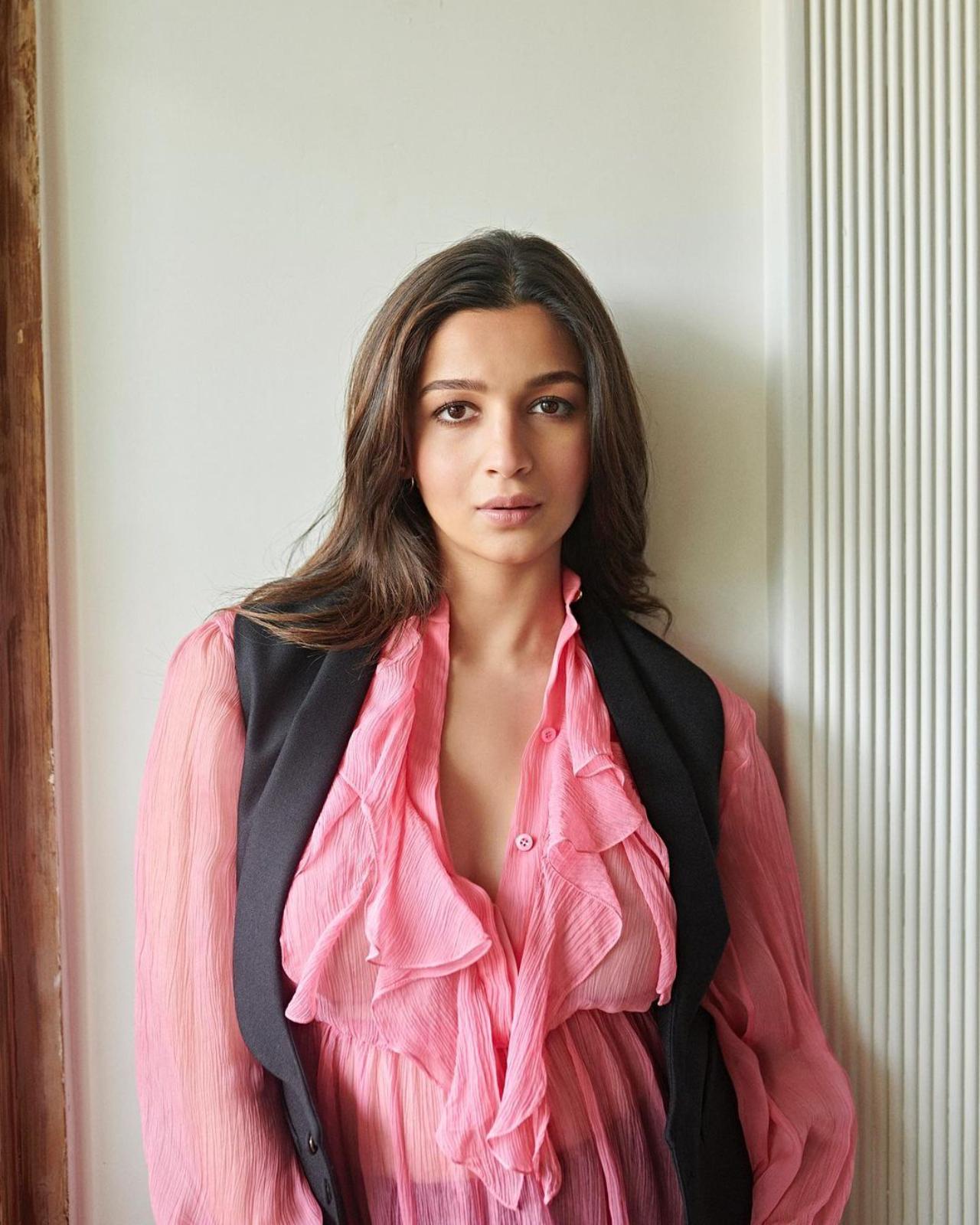 In these glimpses, the 'Highway' star could be seen donning a black vest over a sheer pink top and paired with black pants. In the first photo, she hugged her baby belly with both hands while looking at the camera. The second was a close-up of her giving the camera a seductive look 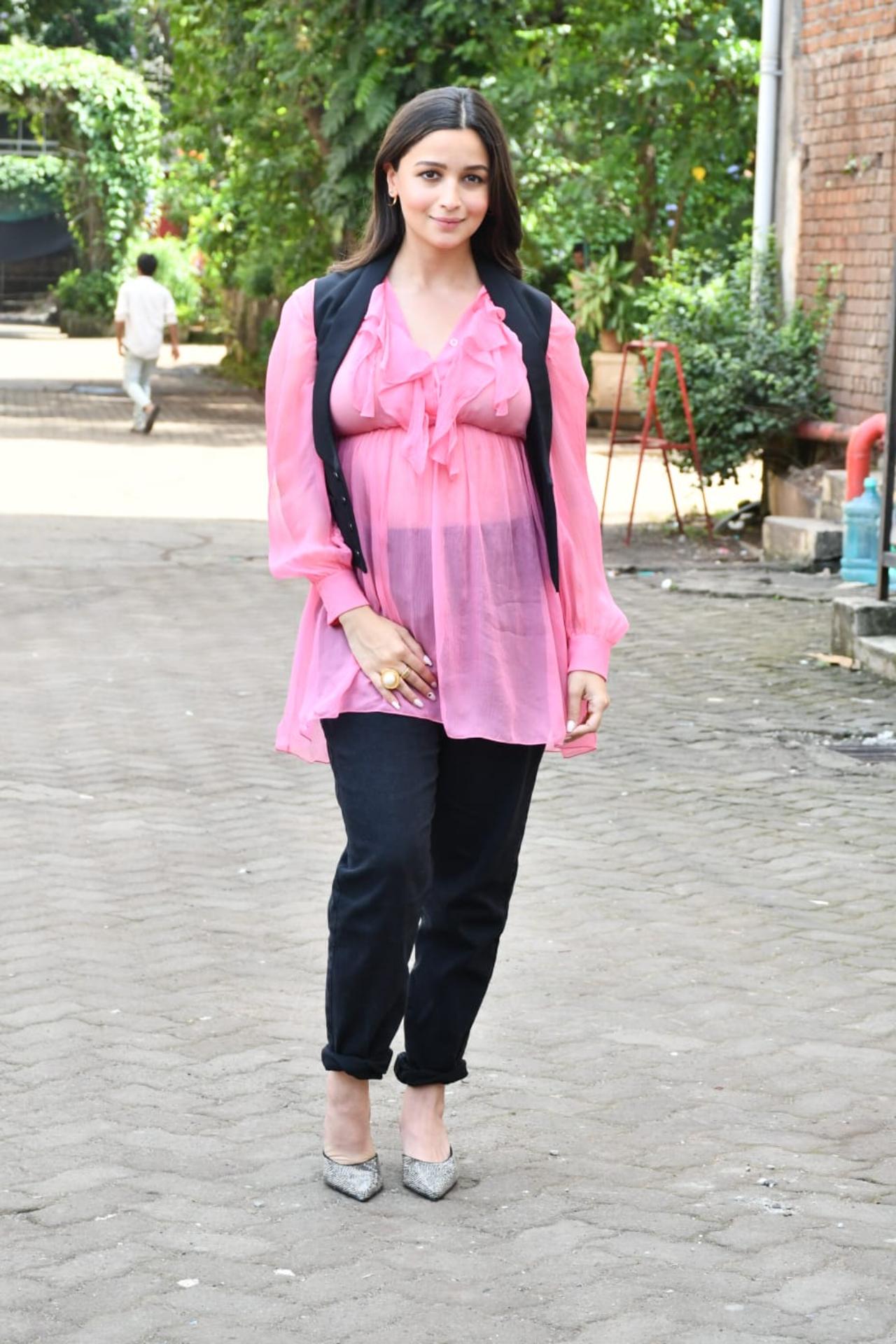 Alia had stepped out in the city to promote her upcoming film, 'Brahmastra' along with her co-star and husband, Ranbir Kapoor. The two happily posed for the paparazzi before they kick-started promotional activities at Mehboob Studios 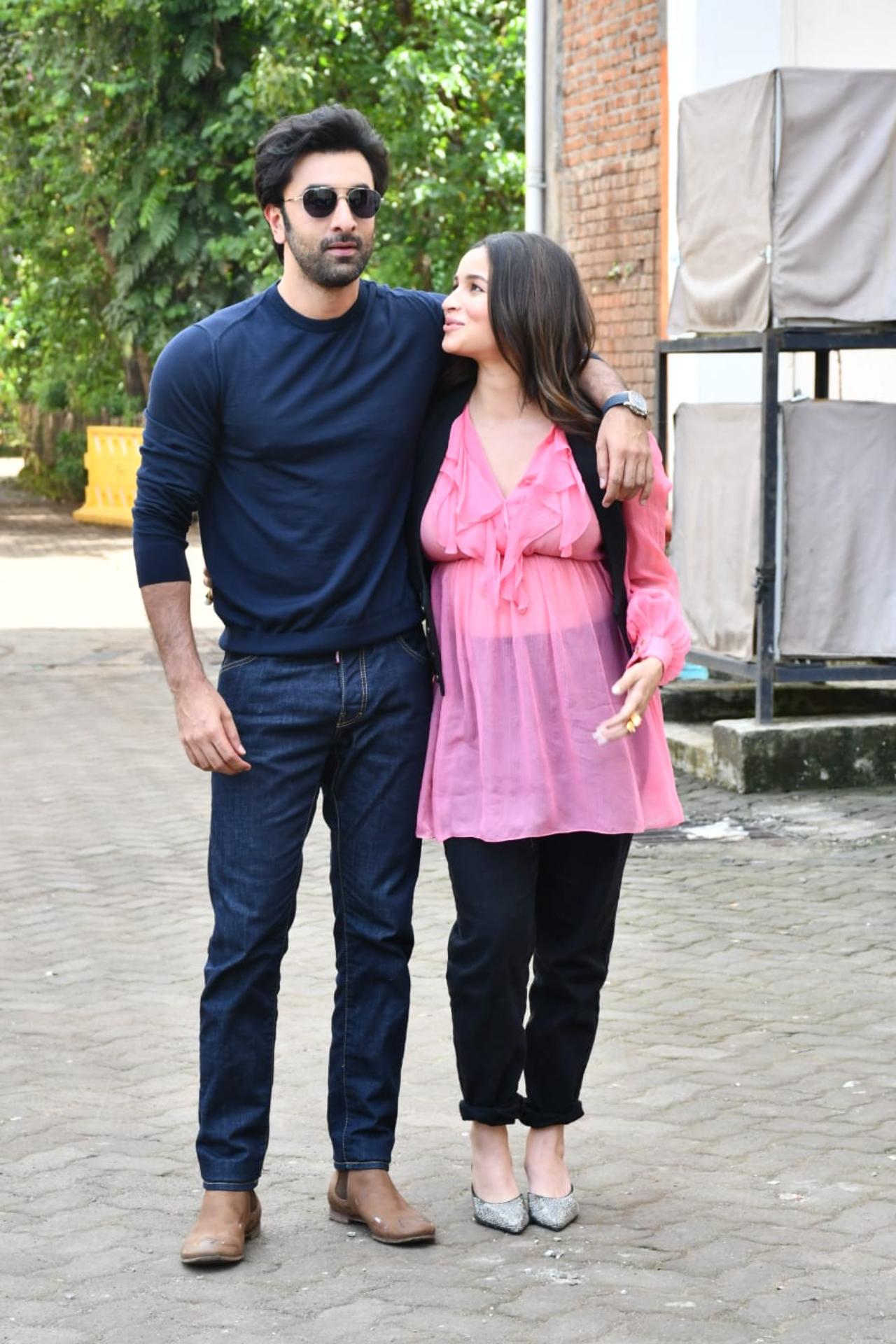 Alia completed her look with dewy makeup and glossy lips and gentle wavy hair. On the other hand, Ranbir kept it casual in a navy blue full-sleeve t-shirt and blue denim. He completed his look with a pair of sunglasses 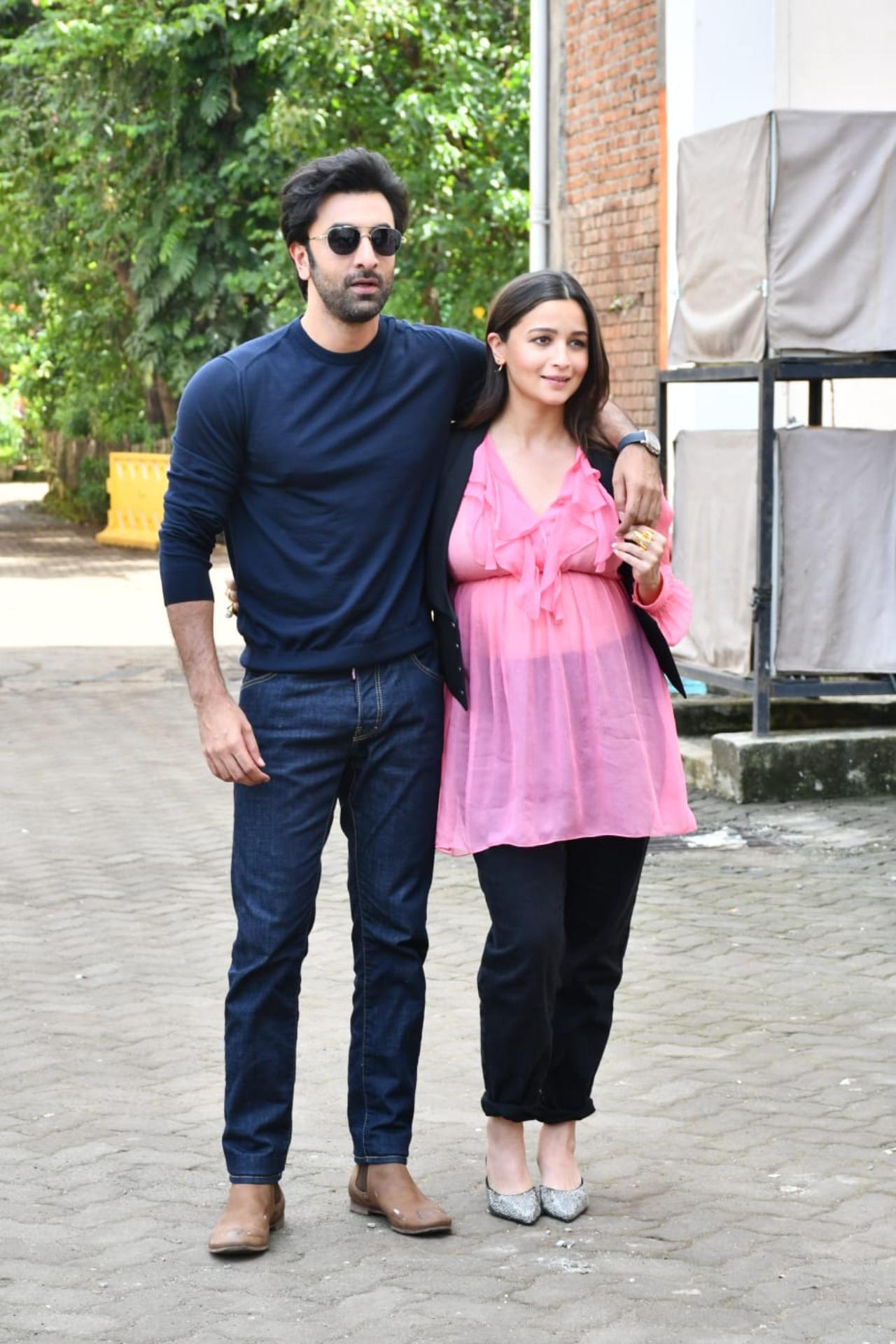 Meanwhile, 'Brahmastra: Part 1 Shiva' is set to hit the theatres on September 9. Apart from Ranbir and Alia, 'Brahmastra Part One: Shiva' also stars Amitabh Bachchan, Mouni Roy, and south actor Nagarjuna in prominent roles. 'Brahmastra' was in limelight from the very day it was announced and it took over four years to get the production work done for this film