Mom-to-be Alia Bhatt is undoubtedly nailing her maternity style. During a promotional event for her film 'Brahmastra' in Hyderabad on Friday, Alia won everyone's hearts with her pink suit which had a special "baby on board" message printed on its back. (All Photos/Yogen Shah) 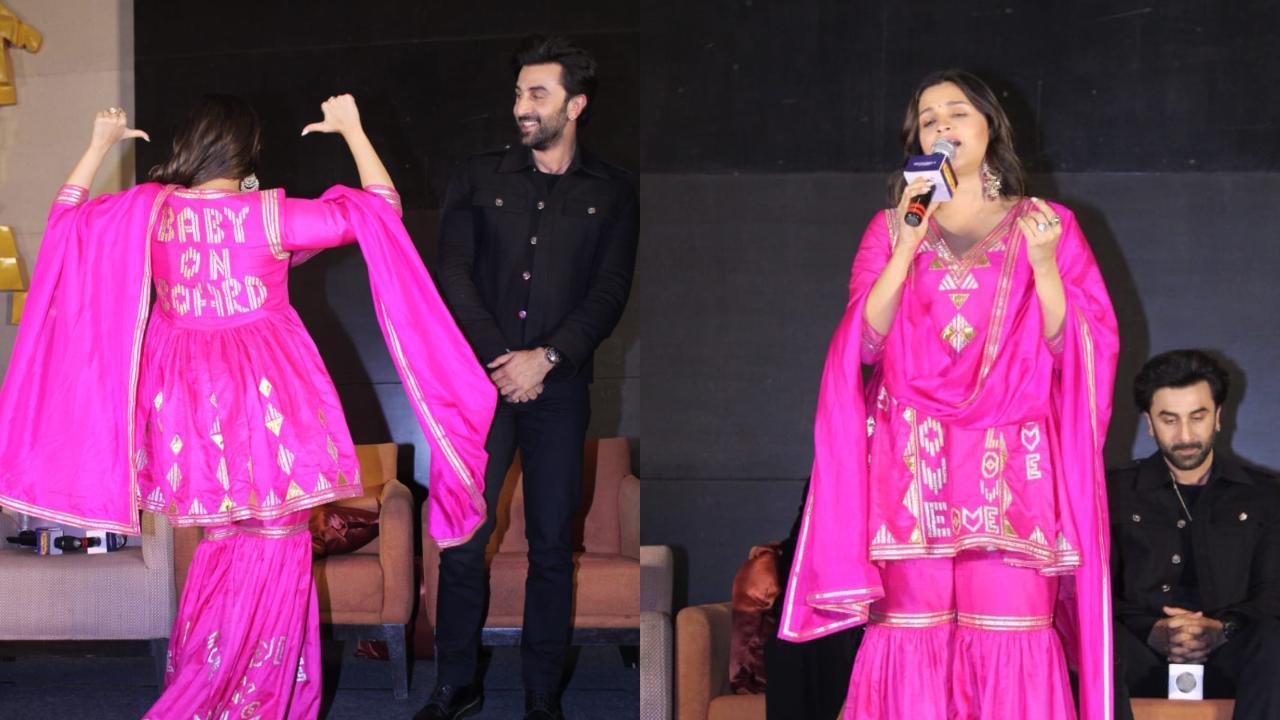 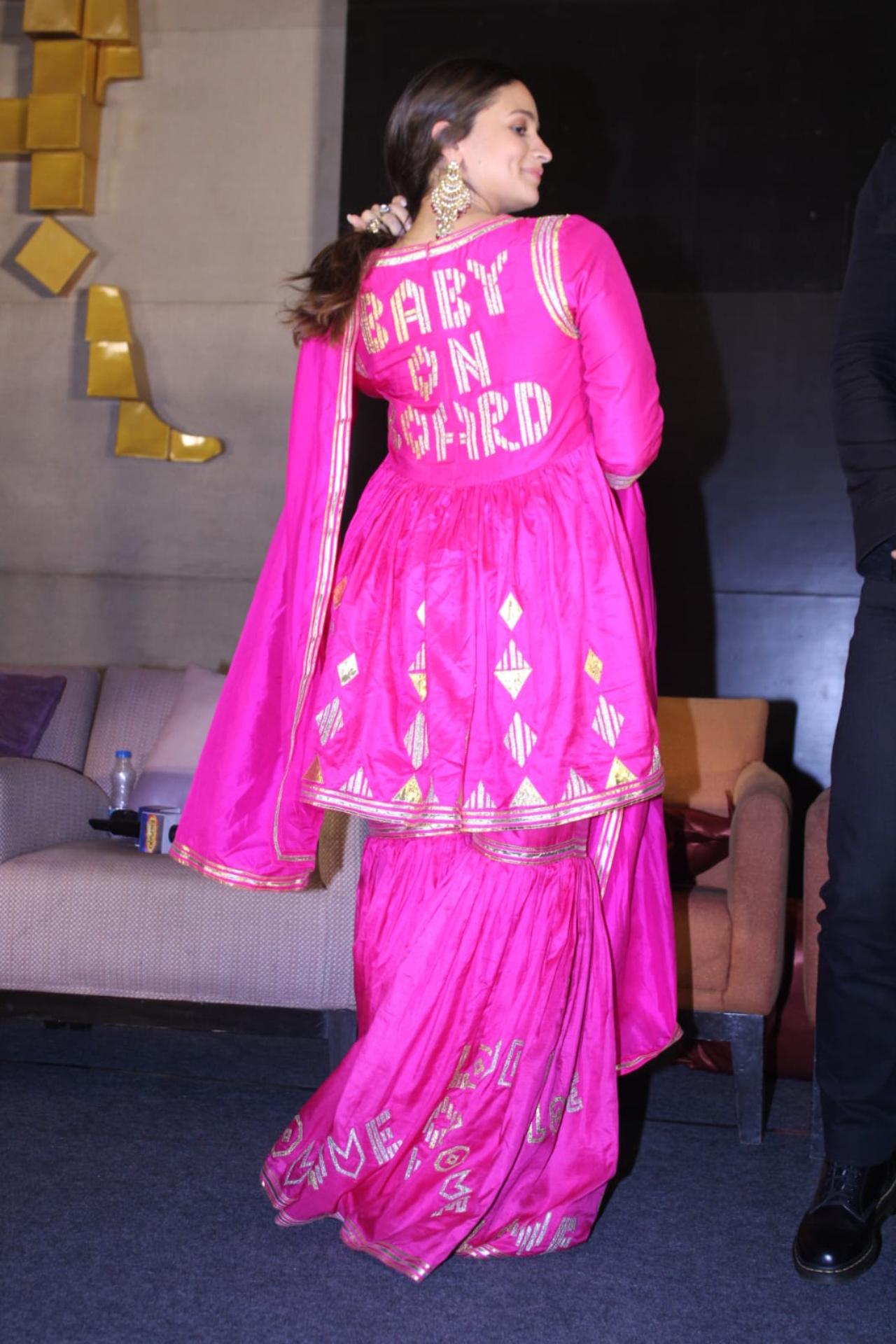 Alia's pink gharara set also had the word 'love' embellished in gold. She completed her ethnic look with statement earrings 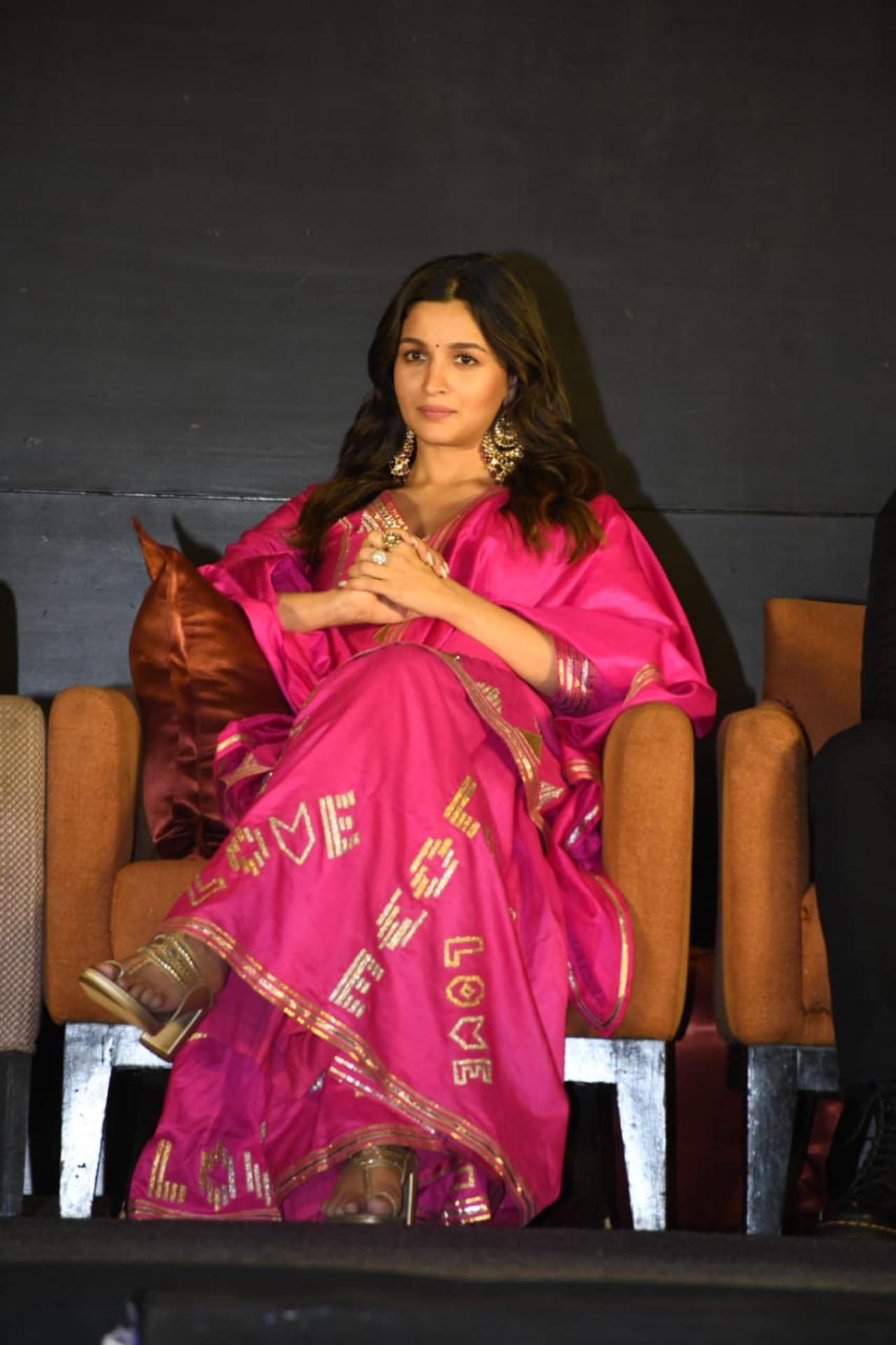 For the glam, the 'Gangubai Kathiawadi' star kept her make-up minimal and chose to give a wavy touch to her hair 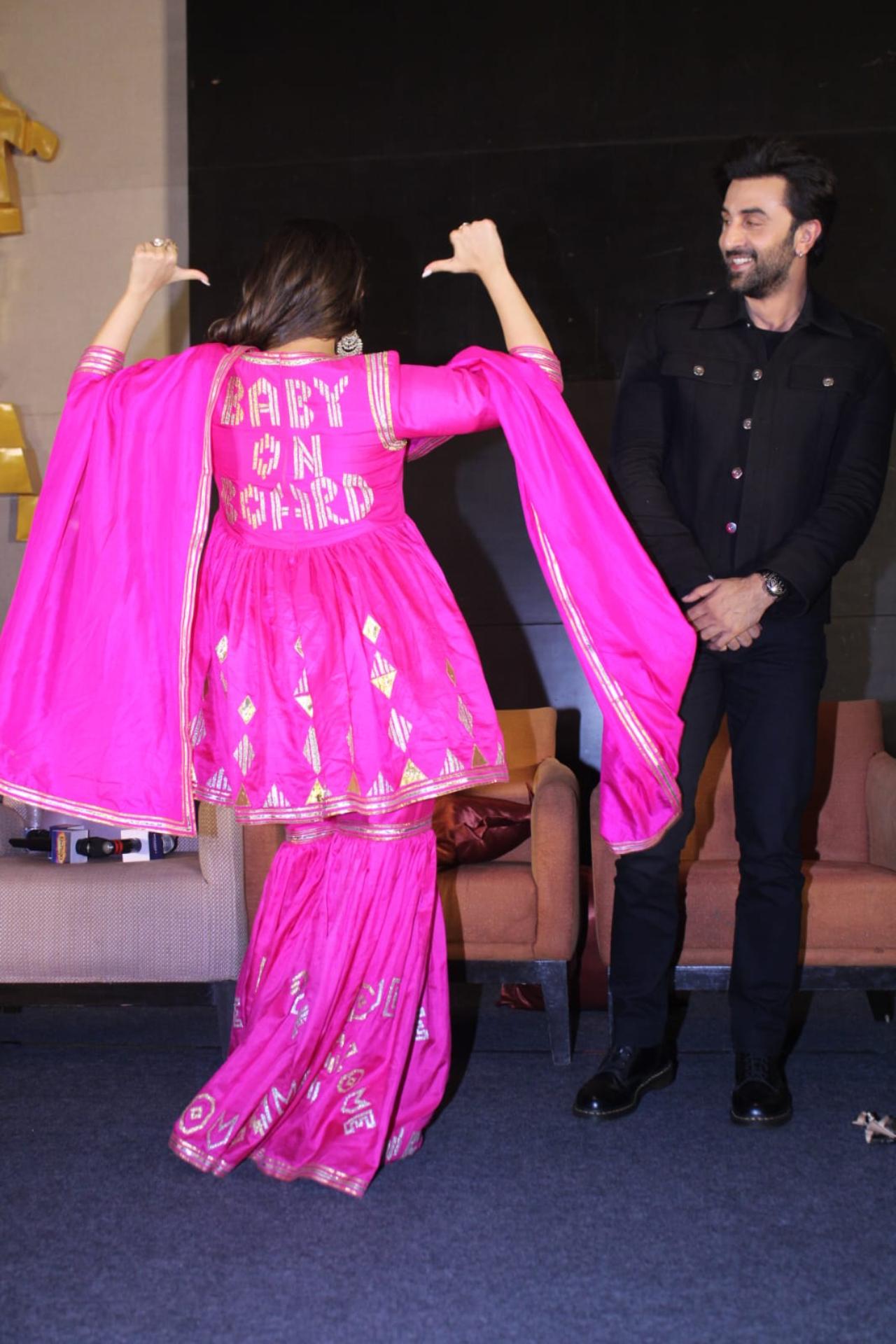 Alia's husband and actor Ranbir Kapoor was also present at the event to promote the duo's film 'Brahmastra'. He was spotted wearing an all-black outfit 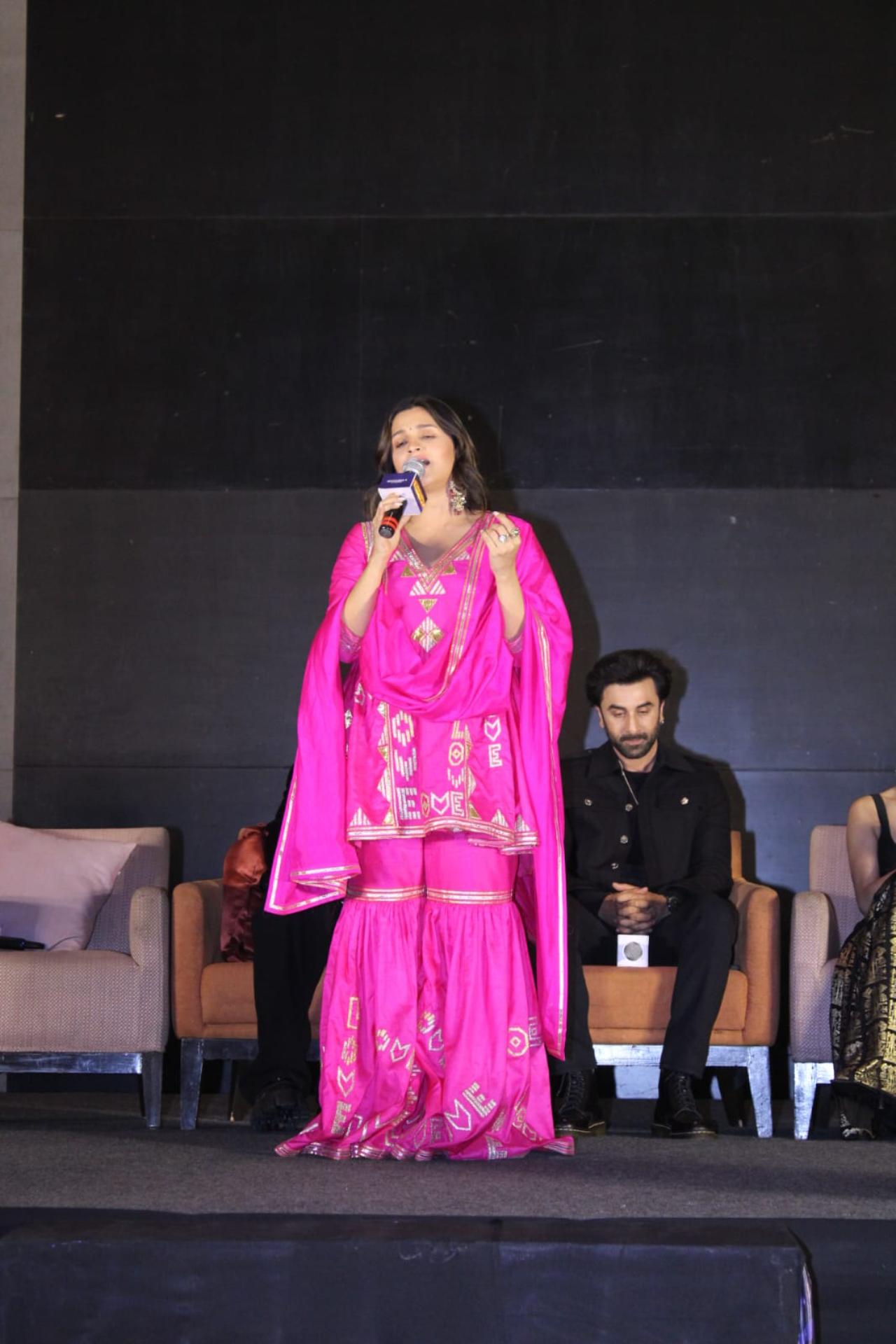 At the event which was also graced by SS Rajamouli and Jr NTR, Alia sang the Telugu version of 'Kesariya' from the film. Ranbir also gave a message in Telugu to the people present at the event 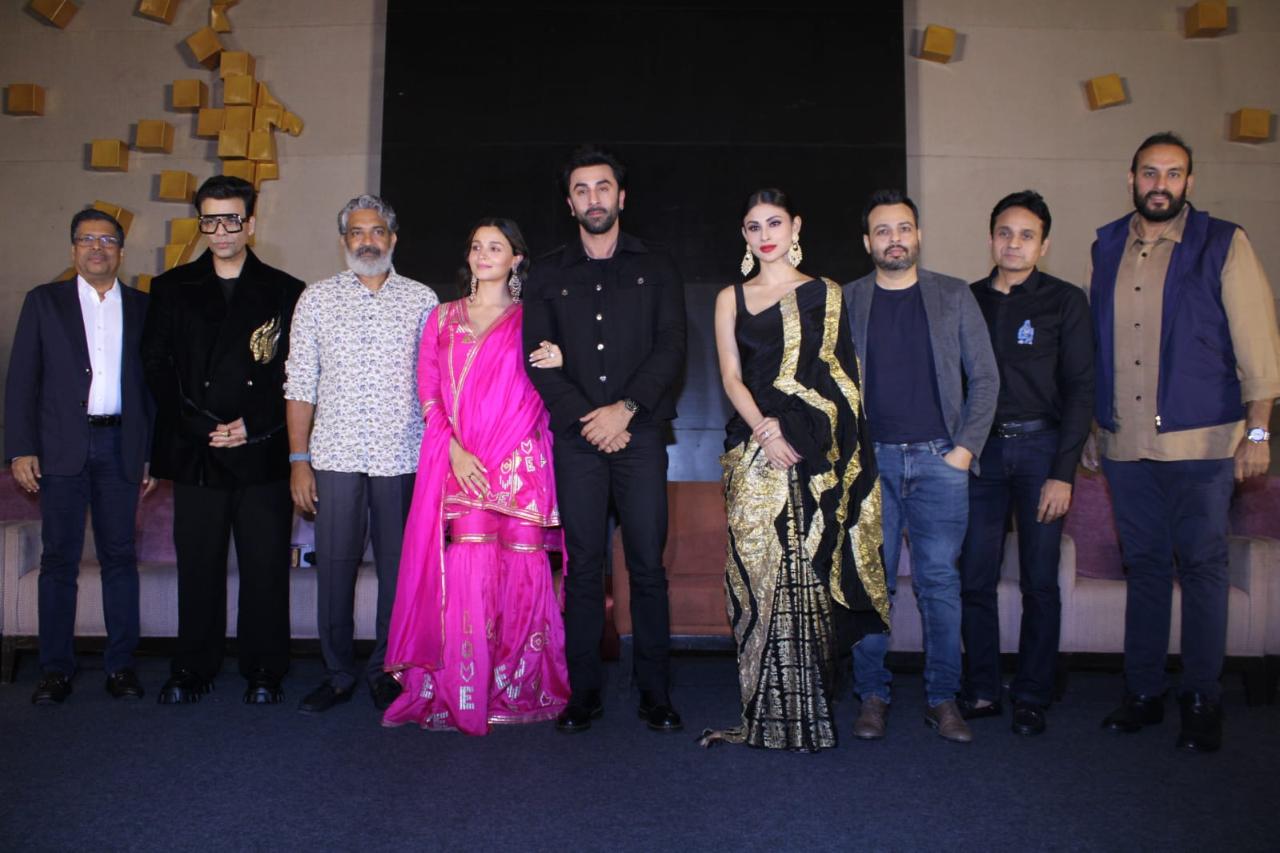 Actor Mouni Roy and producer Karan Johar and Apoorva Mehta were also present at the event. The film directed by Ayan Mukerji will be released on September 9, 2022