It's Feroz Khan's birth anniversary on September 25. Here's our tribute to the ultimate style icon of Hindi cinema with a collection of pictures from his personal and professional life. 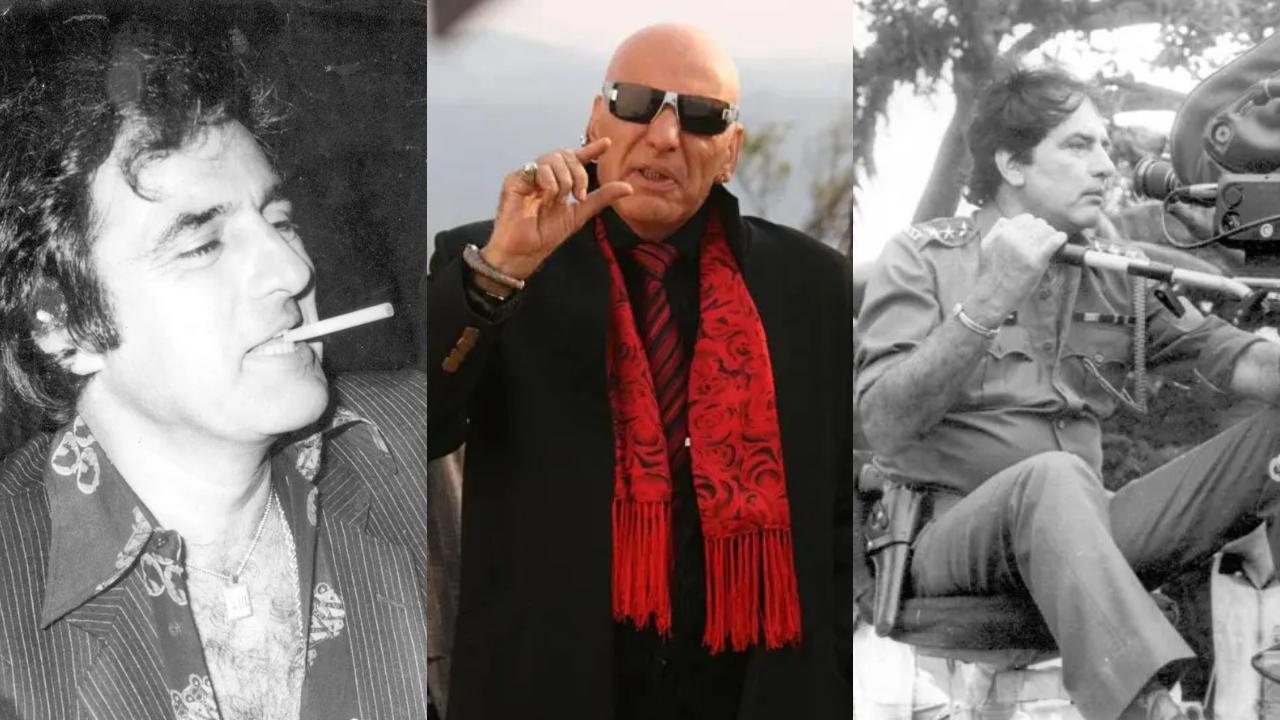 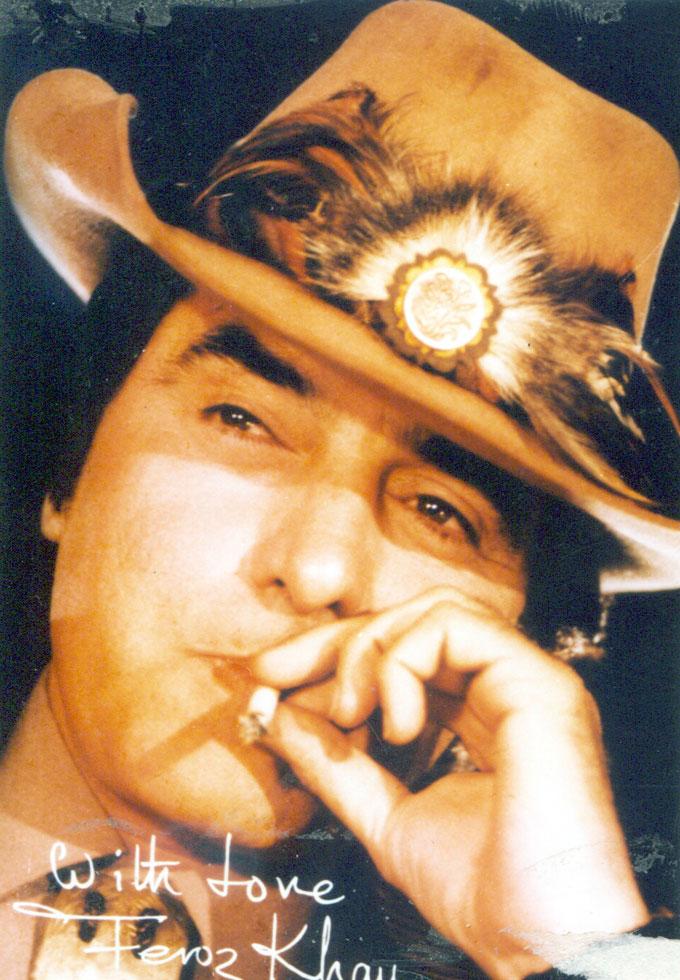 Born on September 25, 1939, Feroz Khan, the man who gave Bollywood a taste of Spaghetti Westerns, is synonymous with stylish cinema. As the poncho-clad gun-wielder in Khhotte Sikkay, or the righteous cop in Jaanbaaz, or the loud gangsta RDX in Welcome, the Pathan was all class. In picture: Feroz Khan in his trademark cowboy swagger. His style and persona earned him the title of 'Clint Eastwood of the East' (All photos/mid-day archives) 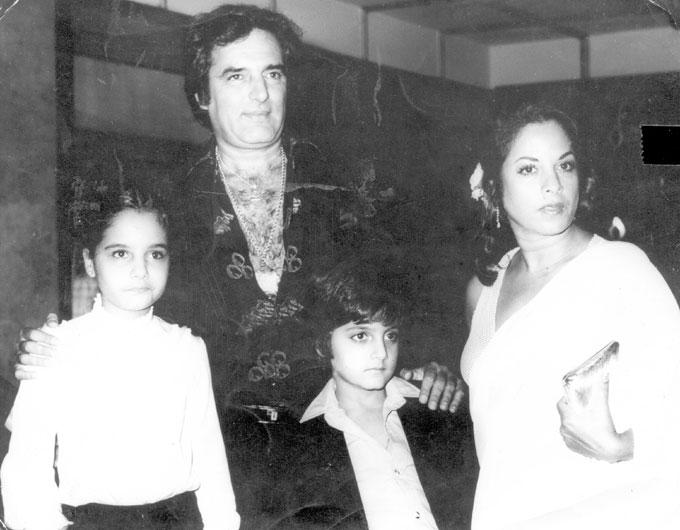 At 20, Feroz Khan made his first screen appearance in the Sunil Dutt-starrer Didi (1959). His very first scene proved prophetic as Lalita Pawar sagely told him, 'Kamyabi na-kamyabi, tumhare bas ki baat nahee. Tum apne maqsad ke saath sachhe raho. (Success or failure is not in your hands. Be honest with your work.)' Feroz did just that, he had to struggle for the next decade-and-a-half before making it big. In picture: Feroz Khan with wife Sundari and children Fardeen and Laila. 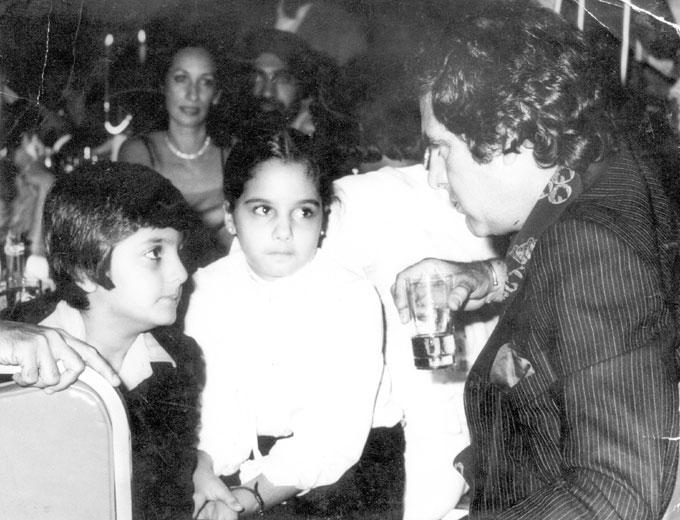 Actress Zaheeda, Nargis' niece, knew Feroz Khan much before he became a marquee name. She told mid-day in a 2009 interview to Dinesh Raheja, 'Feroz was my neighbour at Marine Drive. He lived in a guest house. A very handsome youngster, he would wear red polo-neck shirts and swagger, making girls swoon over him. He was always a colourful person and had an Anglo-Indian girlfriend in those days. My father, Akhtar Hussain, was producing Raat Aur Din and cast him in a flamboyant second role opposite Nargisji. It was a big honour for him.' In picture: Feroz with his kids Fardeen and Laila. 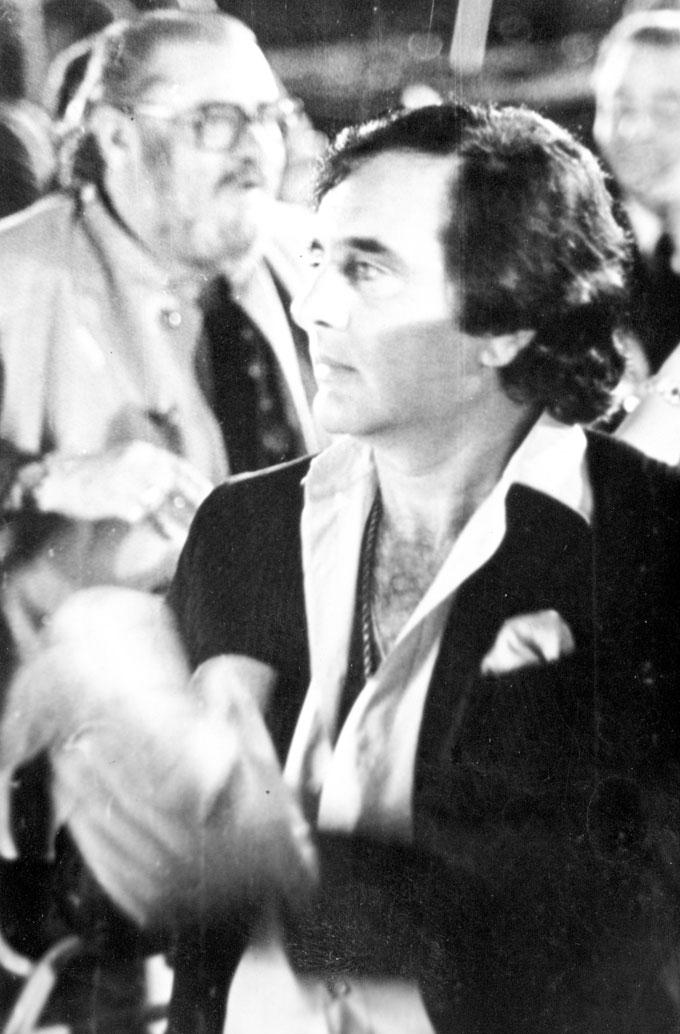 Raat Aur Din took a while in the making and Feroz Khan got the first whiff of big-budget success when he played Rajendra Kumar's friend and unrequited lover of Sadhana in Ramanand Sagar's Arzoo (1965). In the same year, Khan impressed in the taut drama Oonche Log, in which he was an unrepentant playboy who impregnates his girlfriend but refuses to marry her. In picture: Feroz Khan, with Shammi Kapoor (in the background). 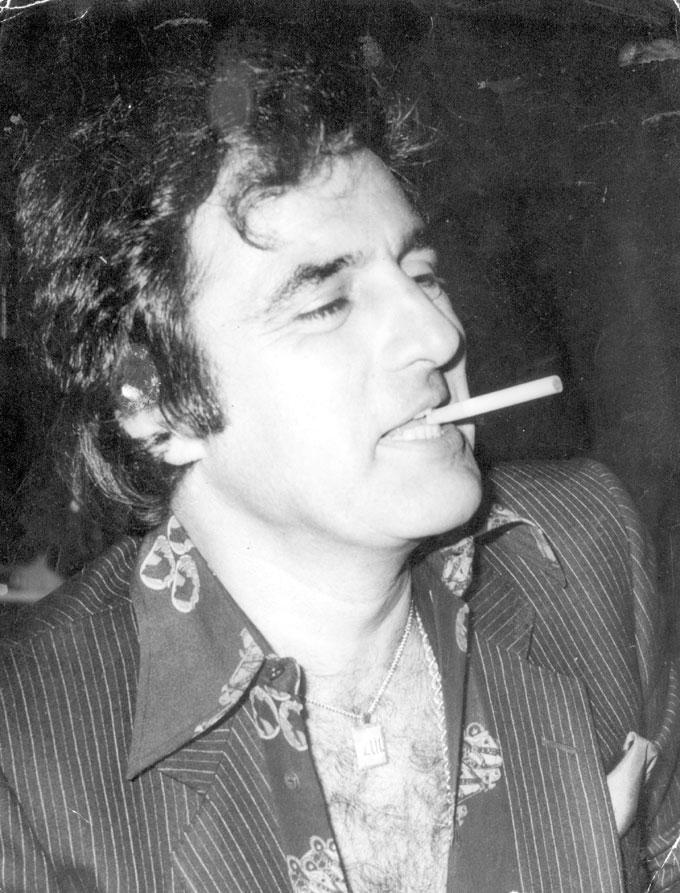 Feroz Khan bagged leads in B-grade films but supporting roles in the bigger ventures. His terse performance as the construction magnate with malleable morals who locks horns with his righteous friend (Dharmendra) in Aadmi Aur Insaan won him Filmfare's Best Supporting Actor Award. 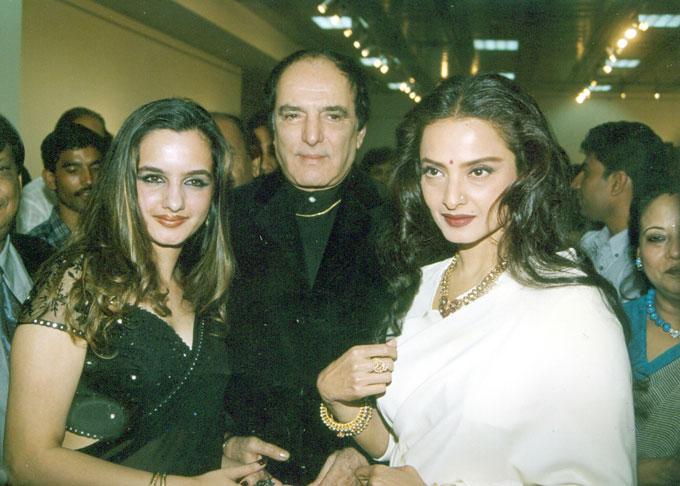 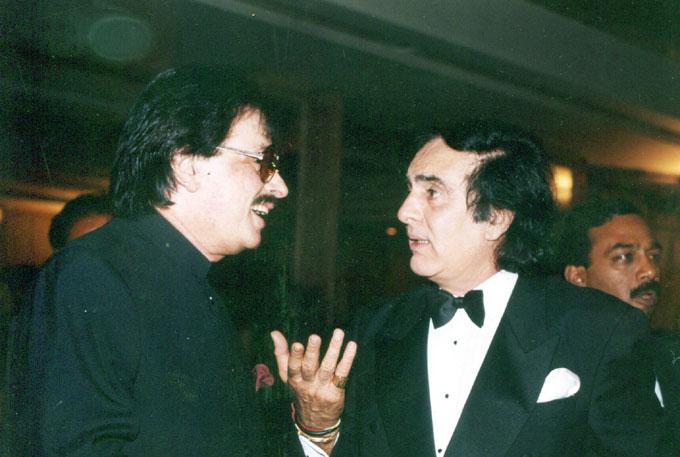 Feroz Khan's younger brother, Sanjay Khan's chocolate good-looks had got him big-banner films earlier than Feroz. However, fans always rooted for the underdog. When Sanjay and Feroz starred together in Mela and Upaasna, Sanjay got the heroine (Mumtaz) but Feroz, in critics' opinion, stole the thunder. In picture: Feroz with his younger brother Sanjay Khan. 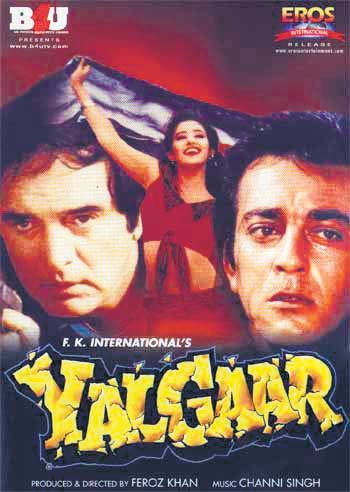 Eventually, Feroz Khan, a horse breeder, proved naysayers wrong and turned out to be the 'lambi race ka ghoda'. He became a filmmaker, and a star, with Apradh, stylish, ambitious hokum about international intrigue and race cars. Sadhana, his Geeta Mera Naam heroine, told mid-day in 2009, 'Feroz was very stylish. As a producer, he spent twice the money other producers did.' In picture: A poster of 'Yalgaar' produced and directed by Feroz Khan, which starred Sanjay Dutt and Manisha Koirala. 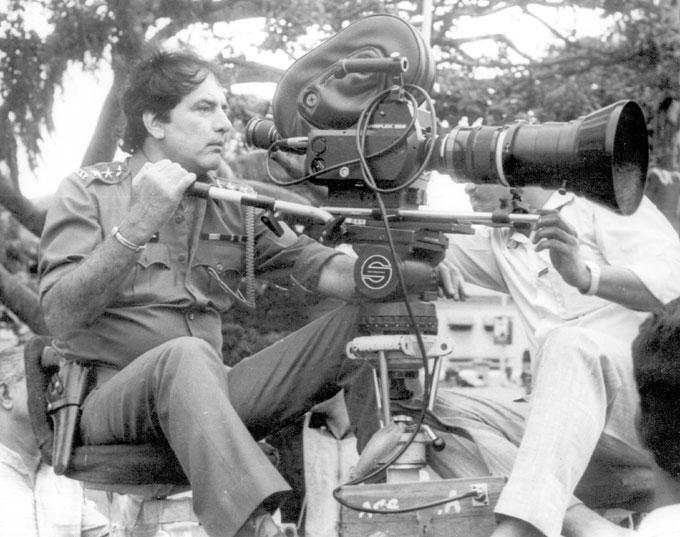 Feroz Khan's next definitive blockbuster Qurbani brought in the 1980s with its snazzy action sequences and its disco-era soundtrack (Aap jaisa koi) flavoured by Nazia Hassan's bubblegum pop. Feroz actively cultivated his image of a whacky man with flamboyance to spare. In picture: Feroz Khan wielding the directorial baton for Yalgaar. 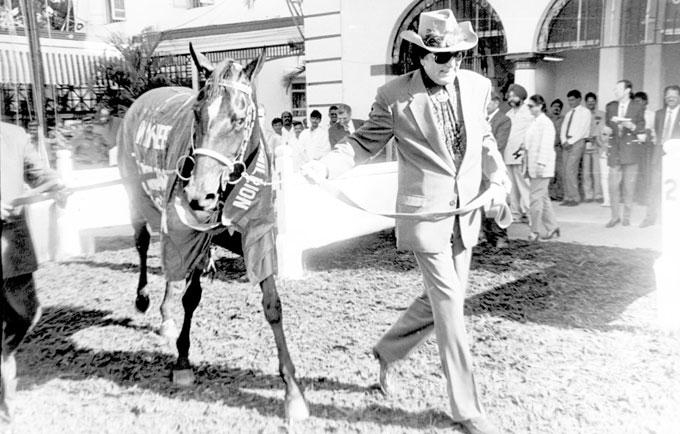 In Khote Sikkey (a hit bonsai version of Sholay), Feroz Khan wore a poncho with panache. He was the indigenous cowboy, the Sultan of Style, he loved high boots, designer Stetsons and was one of the first to wear tight-fitting jeans. In picture: Feroz loved horses and had a few at his farmhouse in Bangalore where he died. 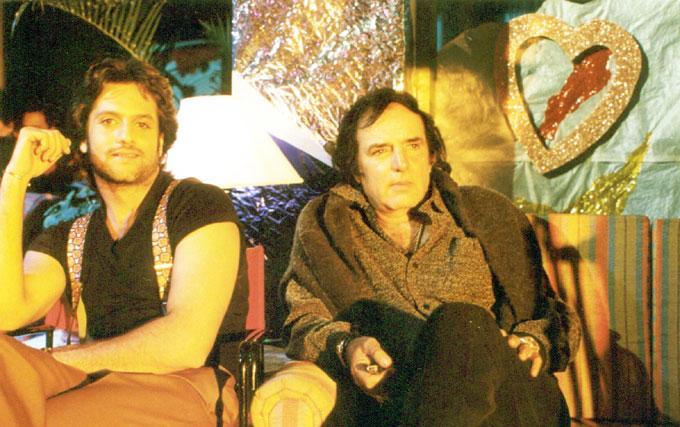 Feroz Khan projected his heroines as veritable glamour queens, perennially sporting bikinis whether it was Mumtaz in Apradh, Zeenat Aman in Qurbani, Nagma in Yalgaar, Celina Jaitley in Janasheen. Unfortunately, after the 90s, Khan wooed women more successfully than he wooed Dame Fortune at the box-office (Yalgaar, Prem Aggan, Janasheen). In picture: Feroz with son Fardeen during the latter's early days in the industry. 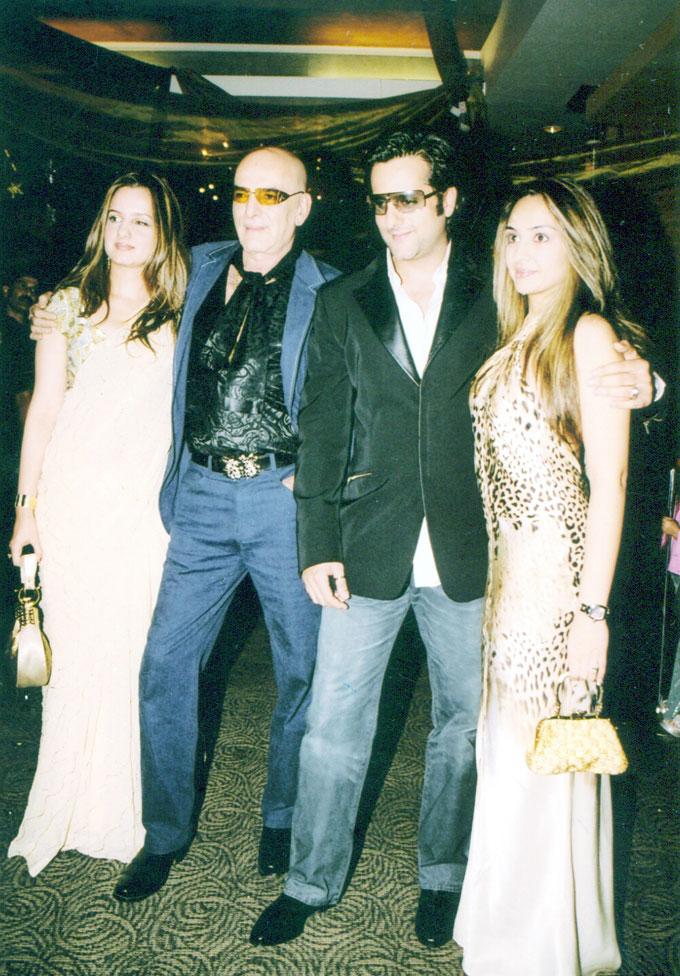 Feroz Khan worked in several multi-starrers, playing second fiddle to many heroes. So even his significant performances were lost in the milieu. He, in some way, used to resemble Shashi Kapoor, another actor whose brilliance was outshone by bigger stars. In Safar, for instance, Feroz played the suspicious husband Shekhar. A multi-layered role, it required him to oscillate between the realms of charm and qualm, something that Feroz did with ,lan but was sidelined by Rajesh Khanna and Sharmila Tagore's starry presence. In picture: (L-R) Laila Khan, Feroz Khan, Fardeen Khan with wife Natasha Madhwani (daughter of veteran actress Mumtaz). 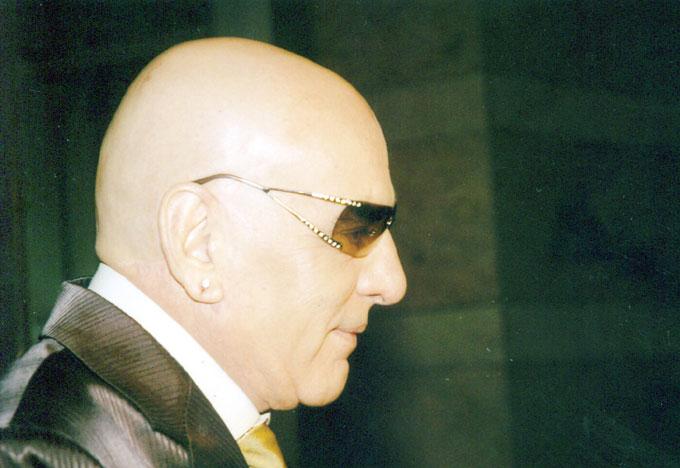 In Oonche Log (1985), pitted against biggies like Raaj Kumar and Ashok Kumar, Feroz Khan delivered a notable performance even though he was a struggler back then. He has given a diverse range of characters - be it the sacrificing lover in Arzoo, the insecure business baron in Aadmi Aur Insaan or the happy-go-lucky sidekick in Dayavan, Feroz looked equally comfortable in each portrayal. In picture: Feroz during his later days in the industry. 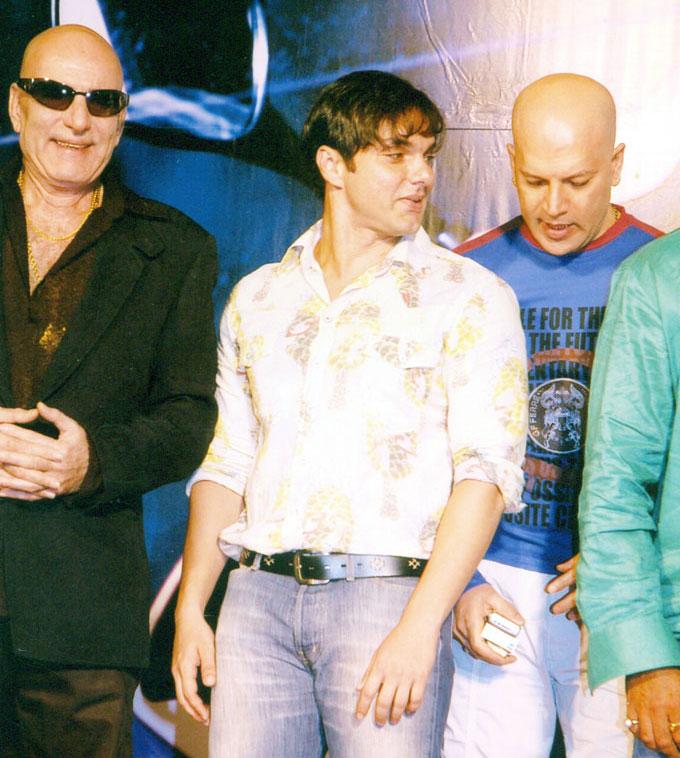 Several actor-directors of his time didn't bat an eyelid before casting themselves for the lead role, but Feroz Khan had no issues casting other heroes. Of the six films he directed during the peak of his stardom, Feroz played the lead in only two. While the virile Vinod Khanna was the face of Qurbani and Dayavan, Khan gladly shared credits with younger actors like Anil Kapoor (Jaanbaaz) and Sanjay Dutt (Yalgaar). In picture: Feroz Khan with Sohail Khan and Aditya Pancholi. 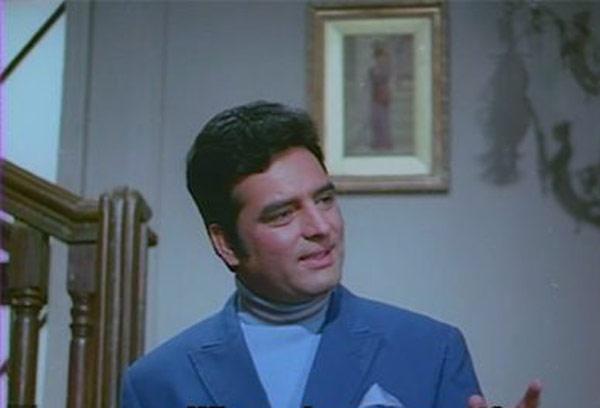 Feroz Khan, it seems, was gladder incorporating new styles and techniques in Indian filmmaking and it showed. He was one of the earliest ones in Tinseltown to push the envelope with his megalomaniac narratives. For a holier-than-thou Bollywood engaged in dramatic family sagas and innocuous love triangles, Khan's flicks were a revelation. With his banner FK International, Feroz introduced Hindi films to new levels of hedonism. In picture: Feroz Khan in a still from Safar (1970). 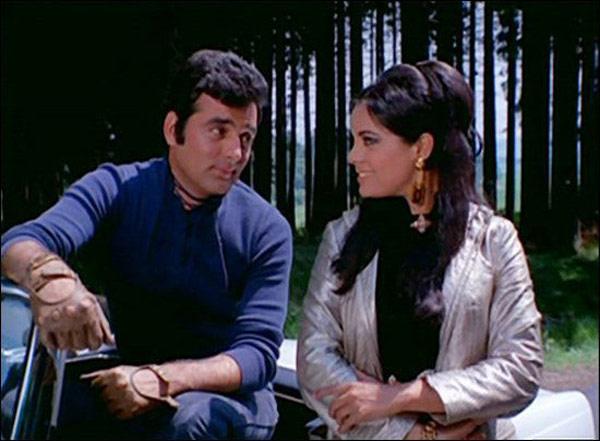 Feroz Khan, who was being treated for cancer at Breach Candy Hospital in Mumbai, wanted to return to Bangalore where he was born. Feroz was not responding to machines in the last few days. He wanted to be in the city of his birth when he died, with his three brothers Sanjay, Sameer and Akbar and sister Dilshad by his side. His last wish was to be buried next to his mother at the burial ground on Hosur Road. Feroz Khan passed away on April 27, 2009. In picture: Feroz Khan tasted success with the very first film he produced and directed. Apradh (1972), co-starring Mumtaz, was the first Indian movie to showcase auto racing in Germany. 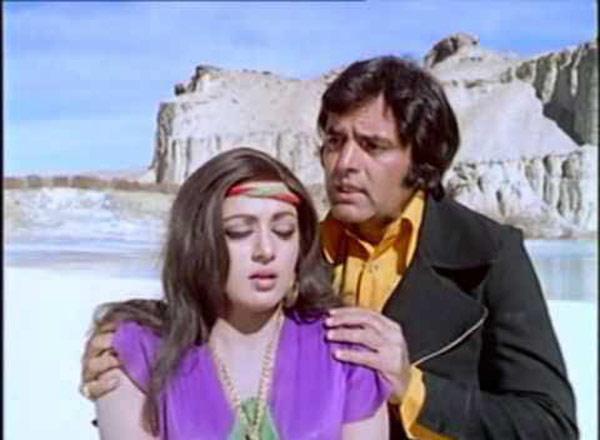 The scene at the last rites of Feroz Khan was completely chaotic with many of his fans and well-wishers wanting to be a part of his last journey. But the crowd's behaviour while namaz for the dead soul was being read didn't go down too well with some of the older women in the family, leading to a few scuffles and police trying to force the crowd back. The last rites were performed in a closed room by son Fardeen Khan while the women sat outside reading the kalma. The body was then brought outside while the maulvi read from the Quran. In picture: Feroz Khan, it was, who presented Hema Malini in a glamorous avatar in 'Dharmatma', his grand remake of 'The Godfather'. The 1975 movie was the first Indian film to be shot in Afghanistan. 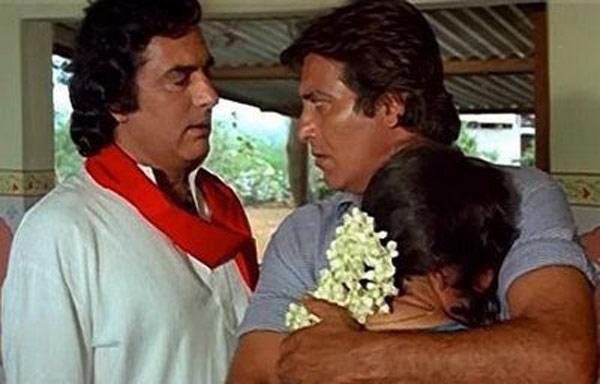 Feroz Khan died at his Bangalore farmhouse at 1 am on April 27, 2009. He was 70 and was battling cancer for over a year. His son Fardeen and daughter-in-law Natasha were with him in his last moments. In picture: A still from Dayavan (1988), which is most remembered for the kissing scene between Madhuri Dixit and Vinod Khanna. 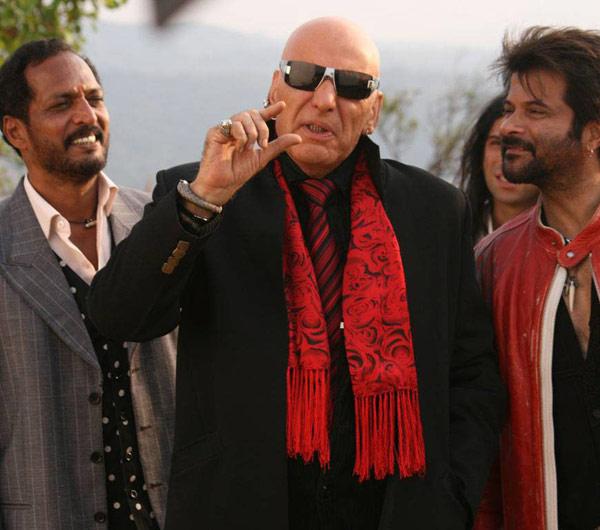 Even in his last film Welcome in 2007, Khan maintained his style icon status, playing an over the top character of RDX, a dreaded underworld don. He is truly missed! 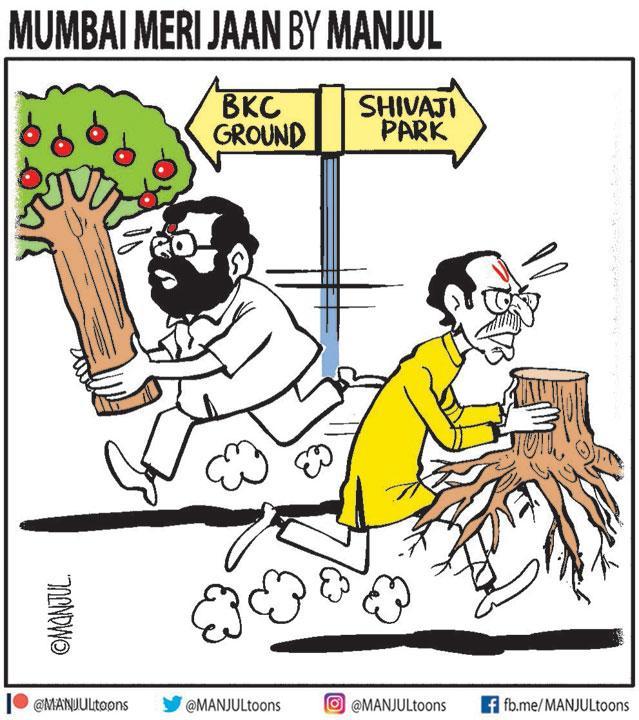