And yes it's celebration time for Ambani's! As billionaire Mukesh Ambani's youngest son Anant Ambani pre-wedding festivities with Radhika Merchant have begun. The couple had a traditional Roka ceremony on Thursday at the Shrinathji Temple in Nathdwara, Rajasthan. Following their engagement, Mukesh Ambani threw Anant Ambani and Radhika Merchant's engagement party at his Mumbai residence 'Antilia' on Thursday night. (All Photos/ Yogen Shah) 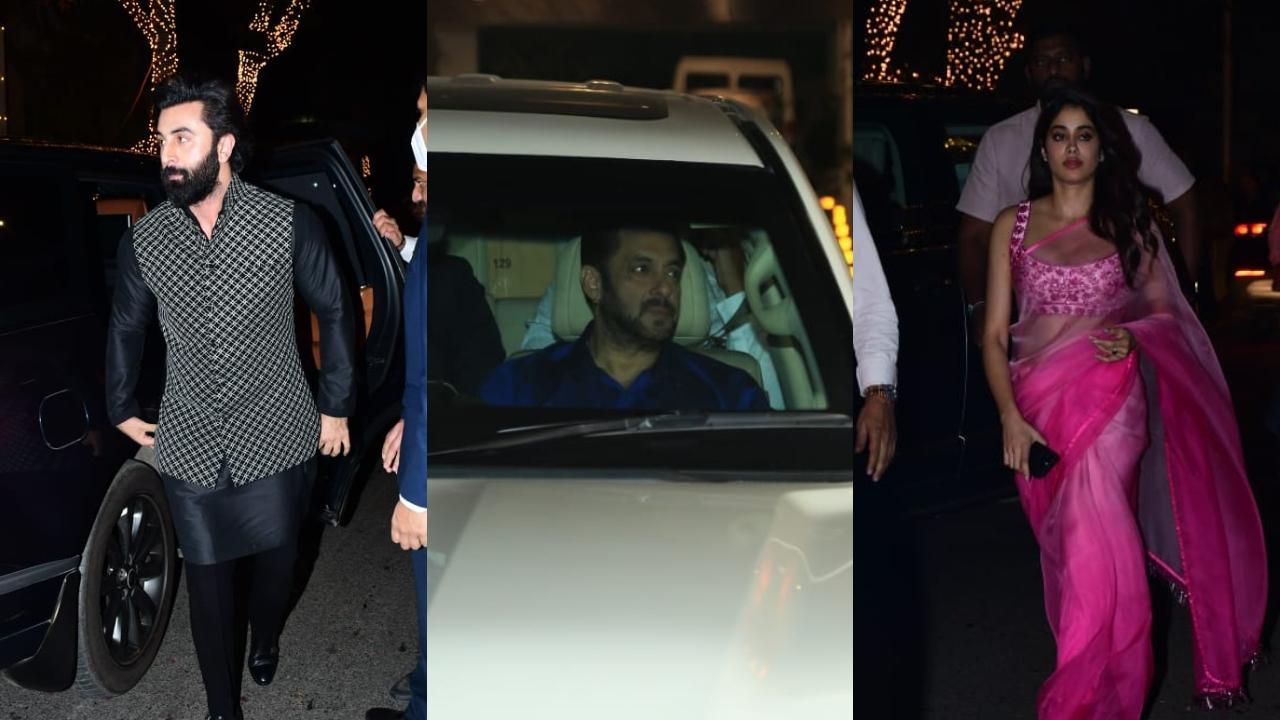 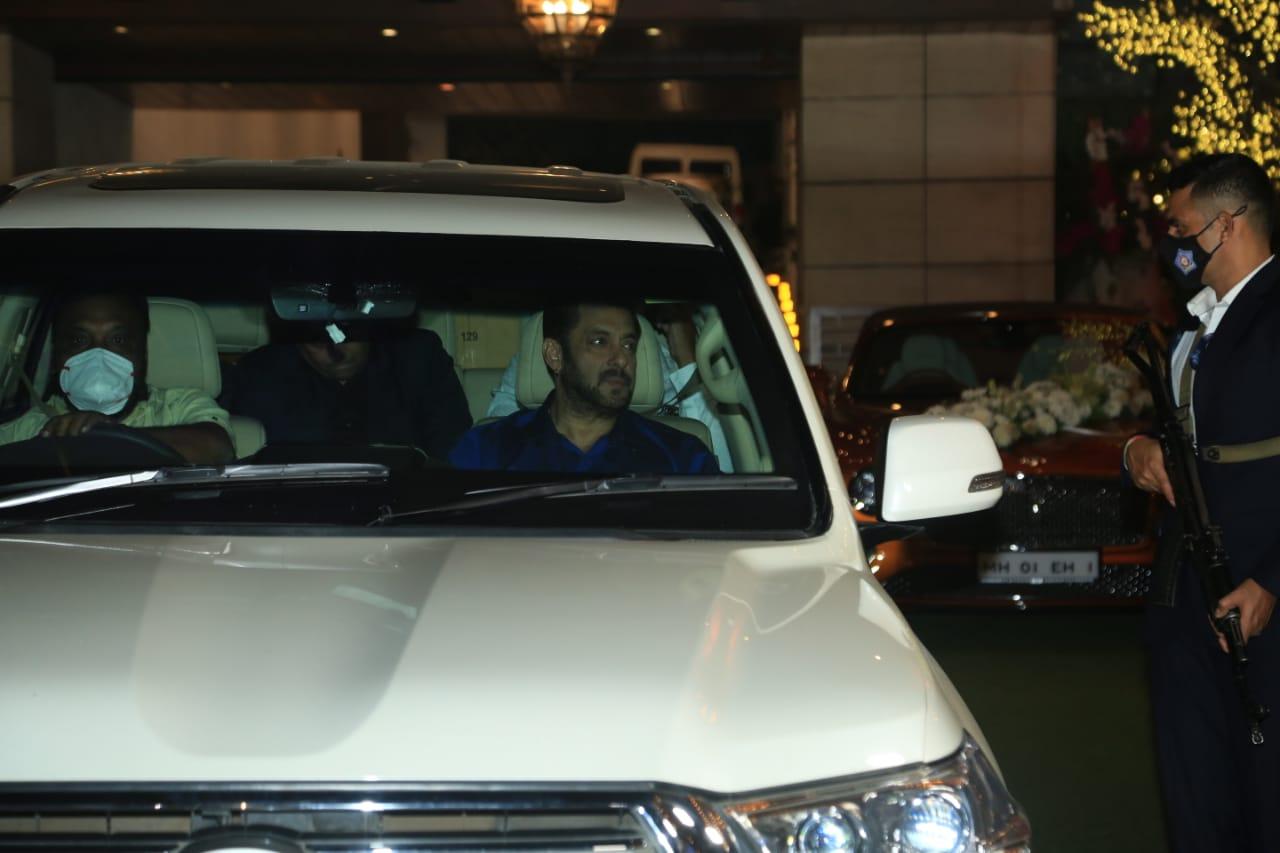 Following the Roka celebrations for Anant Ambani and Radhika Merchant in Rajasthan, the families were back in Mumbai for the lavish party with an impressive guest list. Salman Khan was among the guests invited from the film industry for the engagement party. The actor arrived solo in a dazzling blue shirt for the party 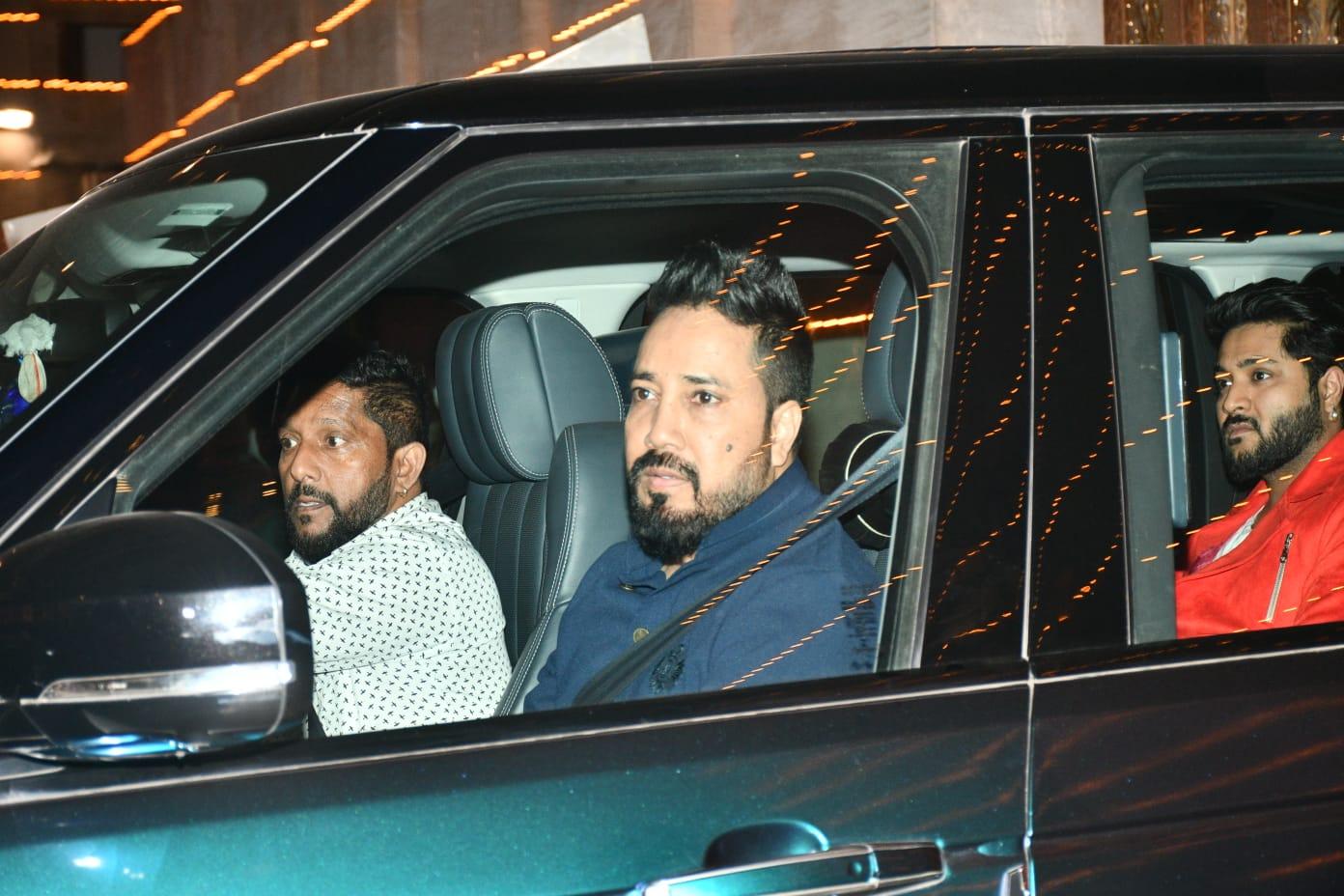 Singer Mika Singh was also spotted arriving for the party. He waved and smiled to the paps waiting outside Antilia 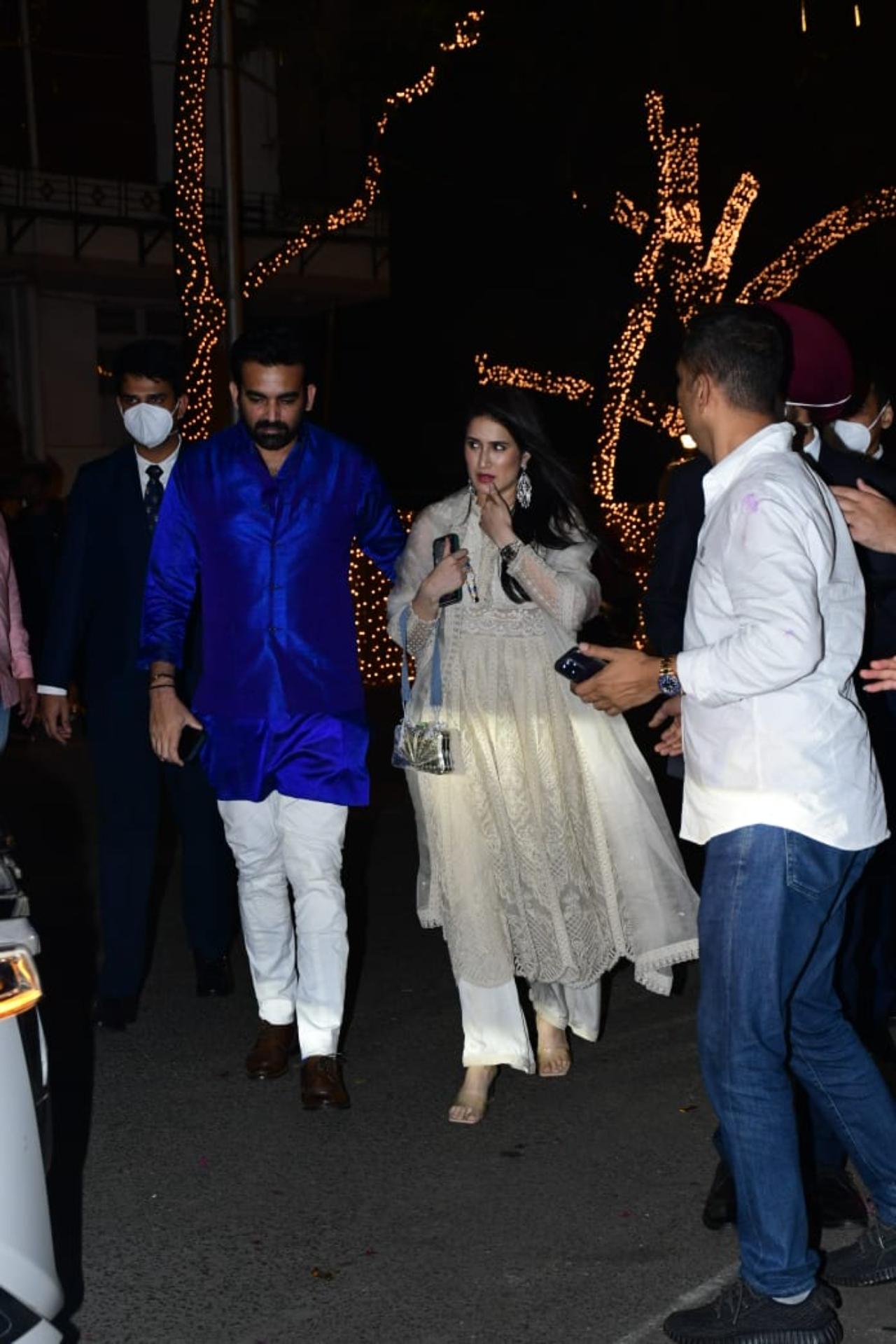 Cricketer Zaheer Khan and his actress wife Sagarika were also at the party. While Zaheer opted for a shiny blue kurta, Sagarika looked stunning in an off-white suit 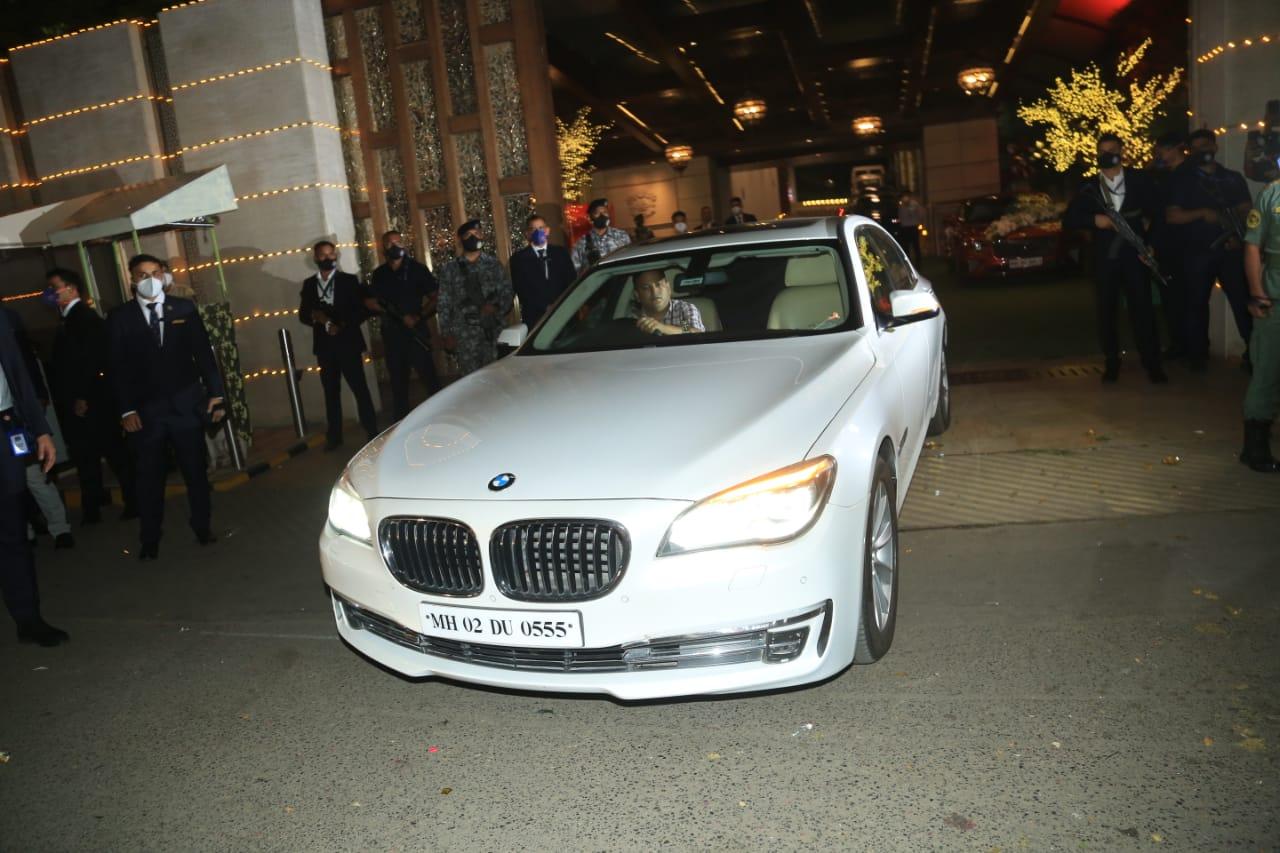 Shah Rukh Khan also arrived for the party with his manager Pooja Dadlani. The actor avoided getting clicked by the paparazzi. He was seated in the backseat of the car which was covered by a black sheet 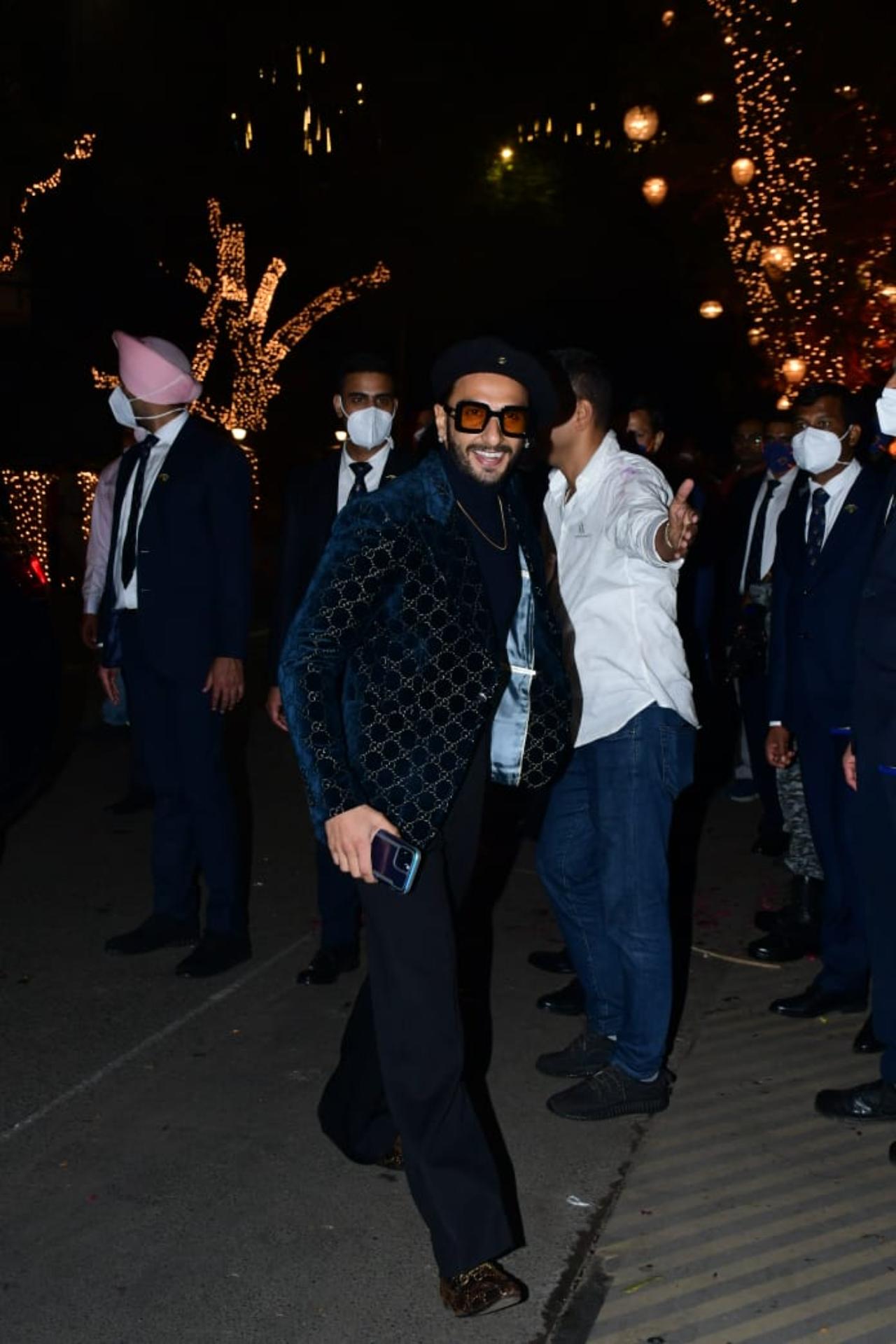 Ranveer Singh was his jolly self as he arrived for the party.  He opted for a super chic look wrapped in a blue velvet suit, as he happily waved to the photographers stationed at the event 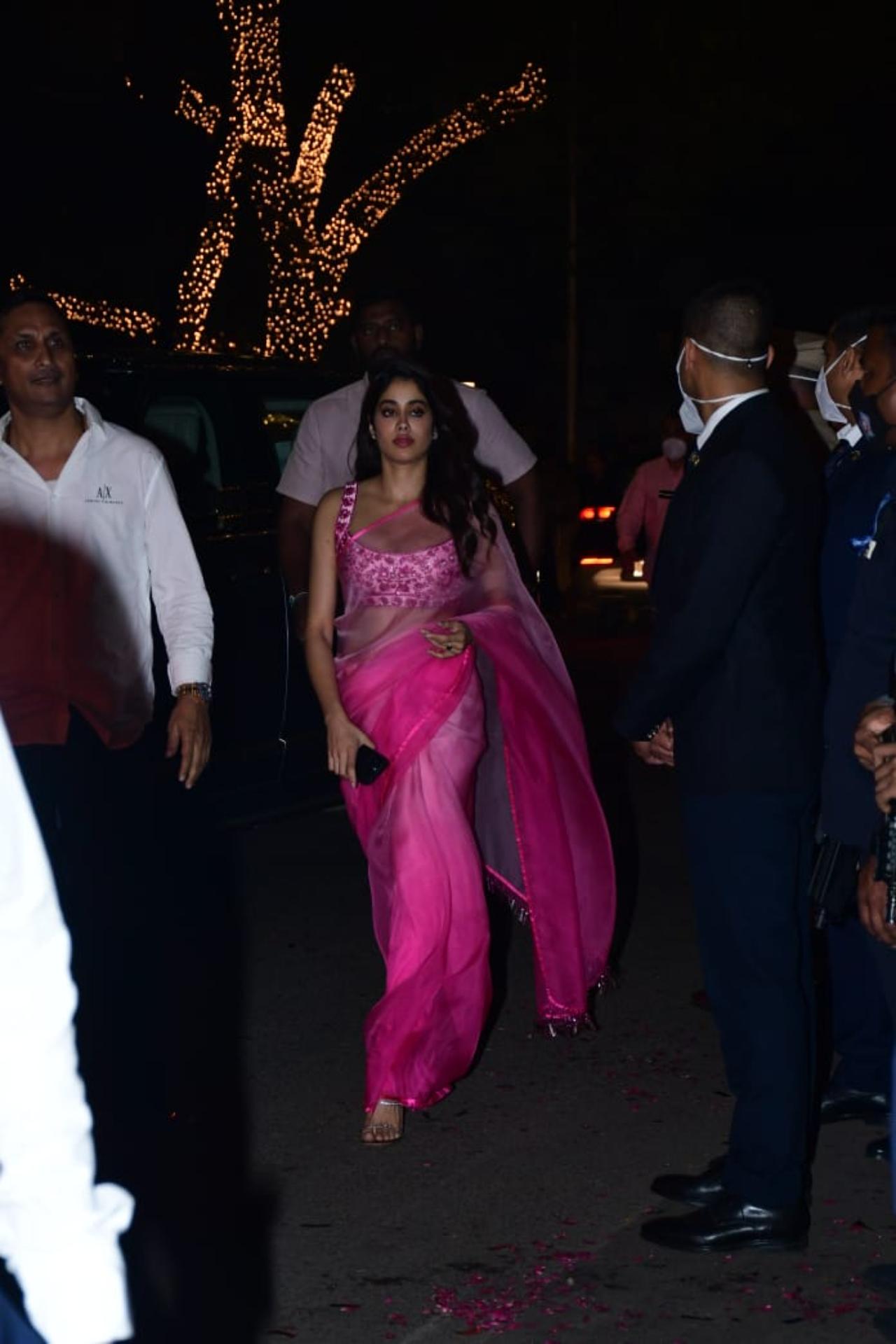 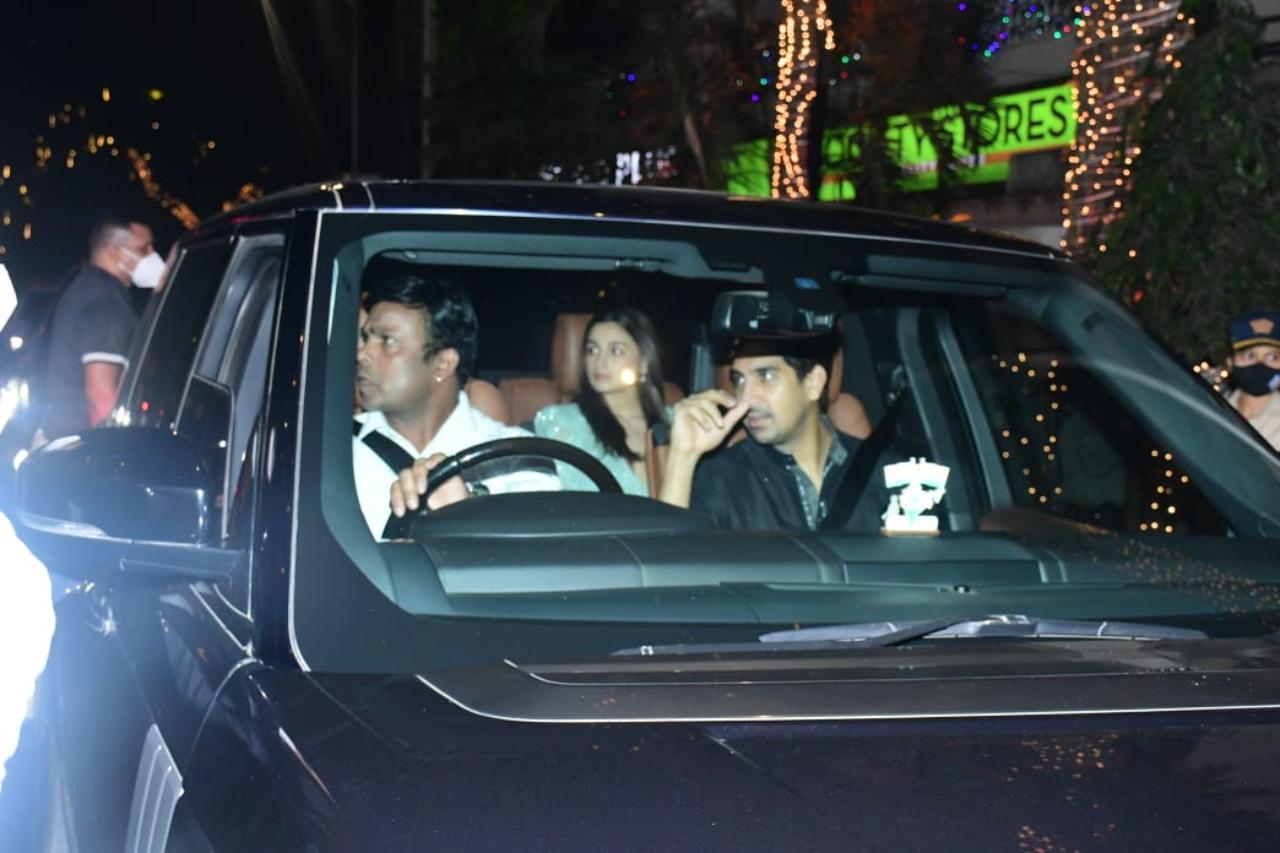 The 'Brahmastra' Jodi Ranbir Kapoor and Alia Bhatt made their way to the venue with their filmmaker friend Ayan Mukerji. Talking about their outfits, Ranbir looked dashing in a black kurta pyjama and Nehru jacket, and Alia turned eyeballs in a dazzling sharara. The celebrity couple was spotted going hand in hand 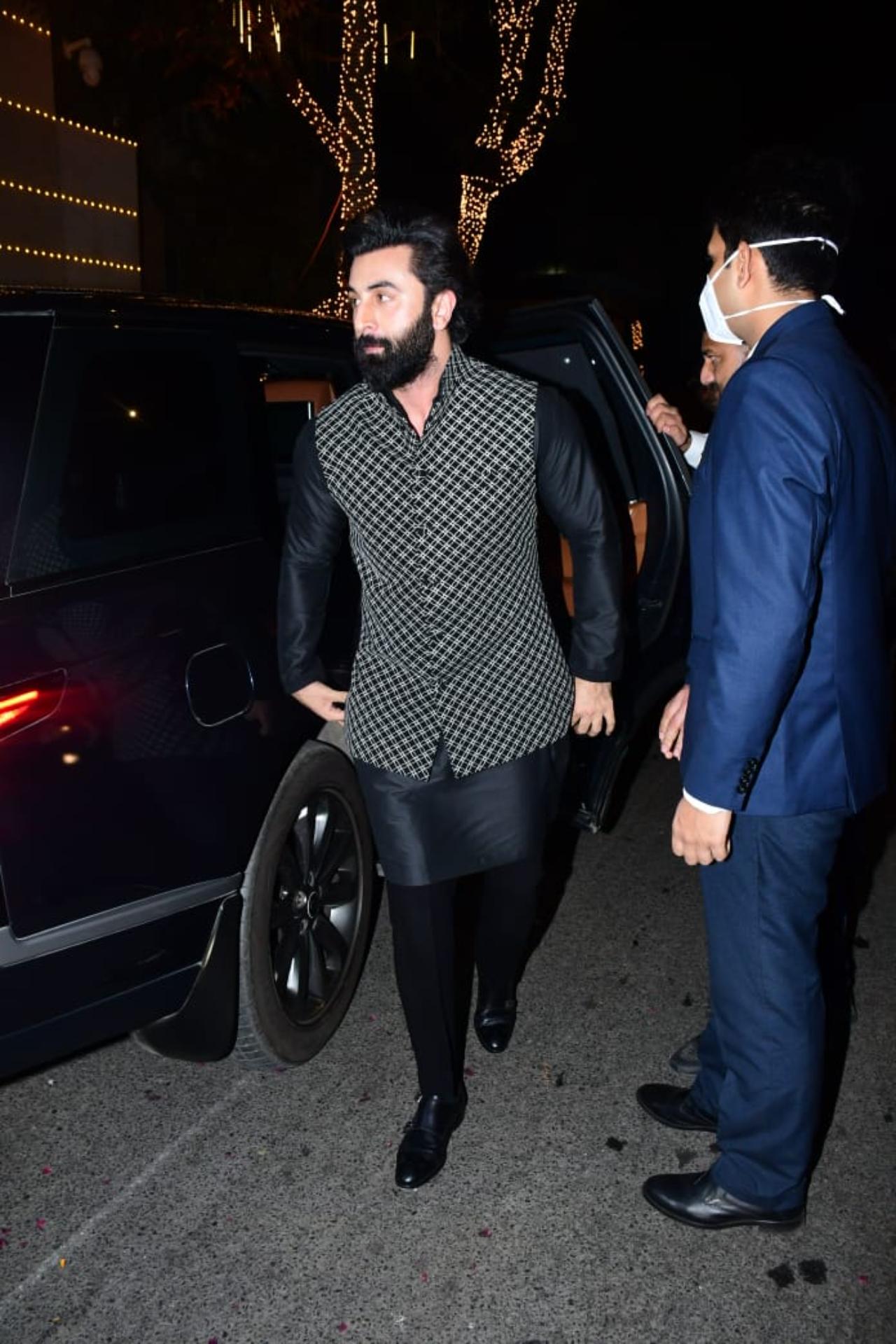 Ranbir Kapoor was also seen sporting a thick beard which is said to be his look for his upcoming film titled, 'Animal'