Rashmika Mandanna had recently made an appearance at Lalbaugcha Raja, where she had gone to seek blessings on Tuesday. The actress was mobbed by a humongous crowd who wanted to catch a glimpse of the actress. (All Photos/Yogen Shah) 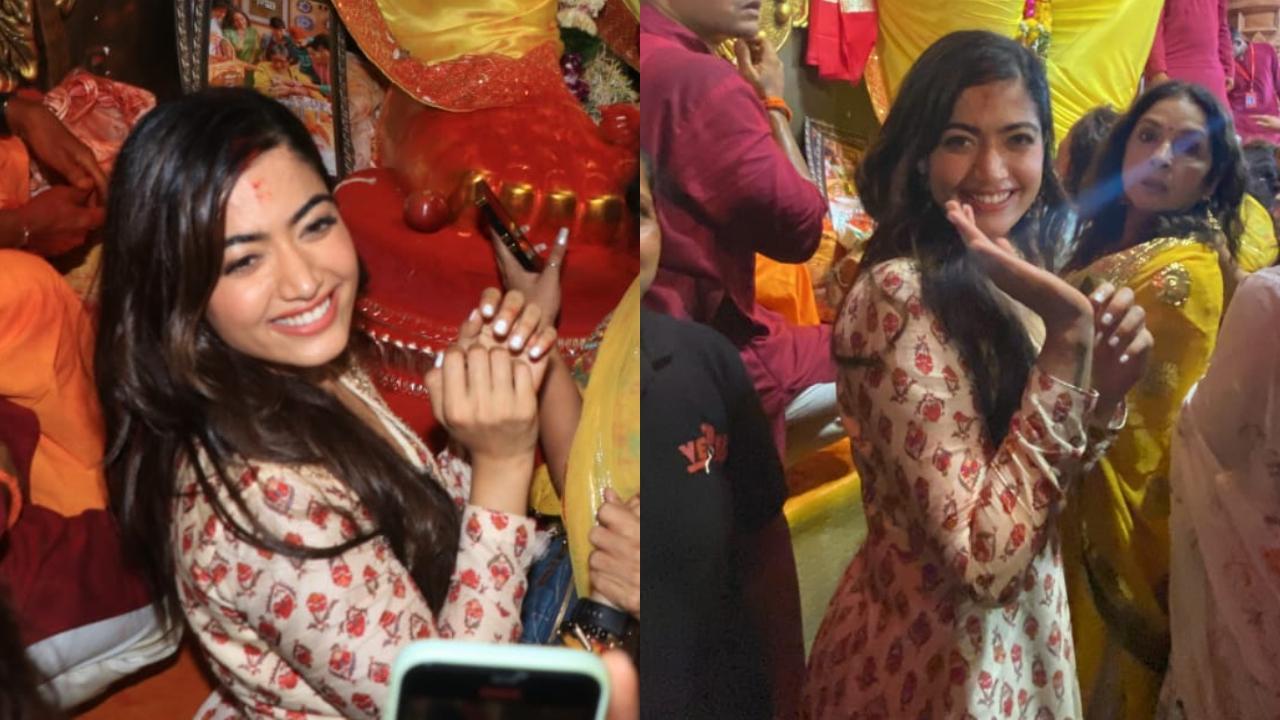 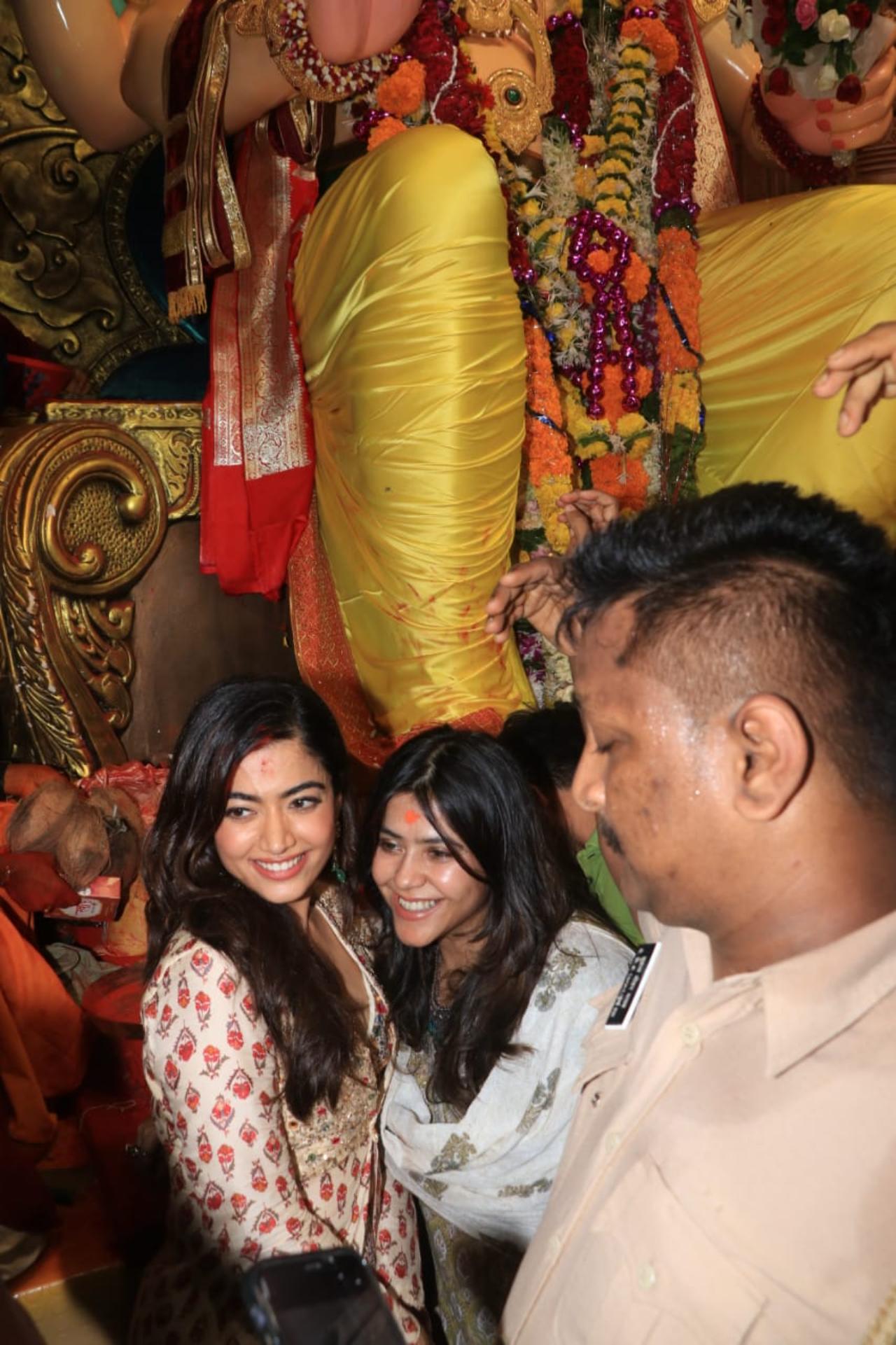 Rashmika Mandanna is all set to make her Hindi film debut with 'Goodbye' in October. The actress was in Mumbai on Tuesday for the trailer launch of her film. Post the trailer launch, Rashmika was seen visiting Lalbaugcha Raja along with co-star Neena Gupta and film's producer Ektaa Kapoor 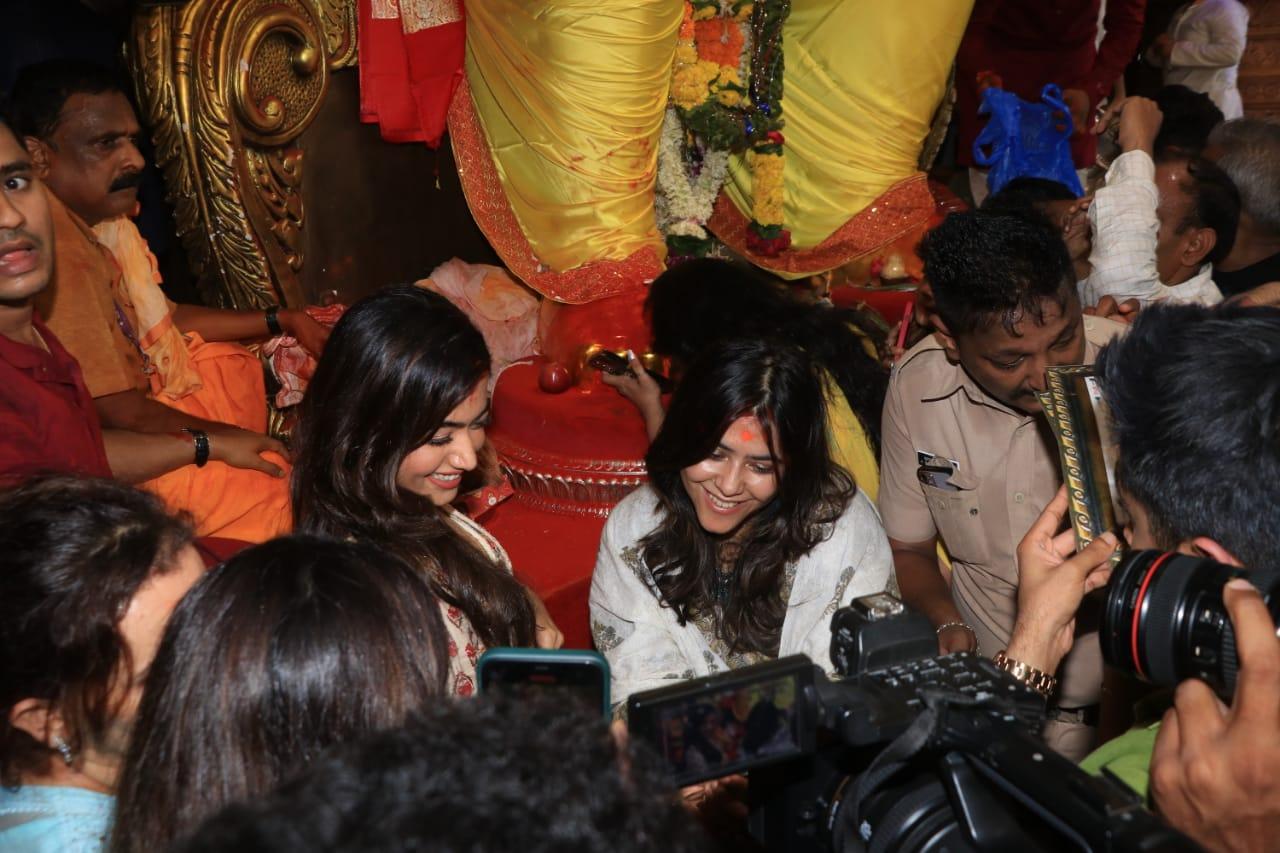 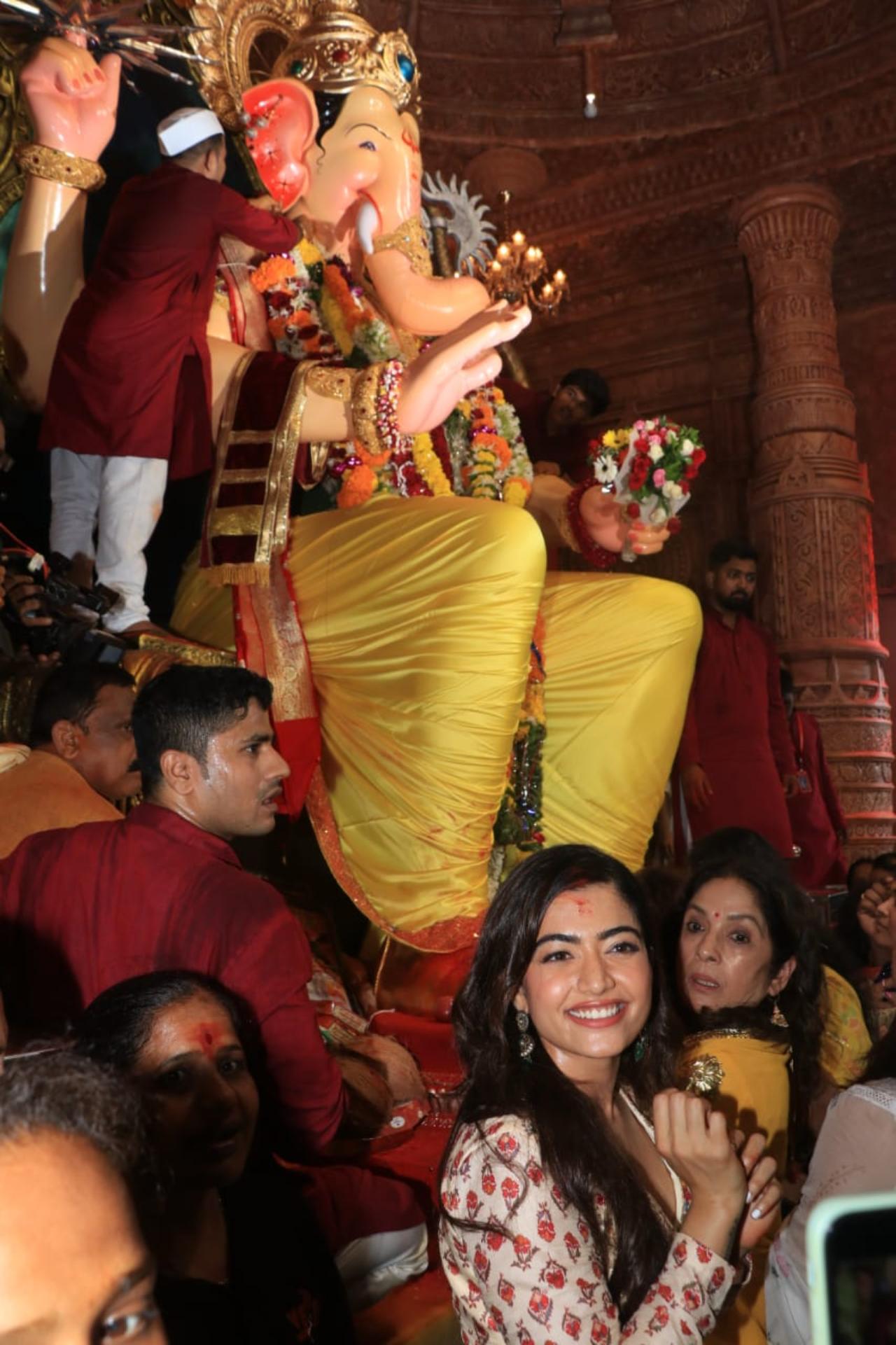 Rashmika was mobbed by onlookers as she arrived at Lalbaug. She was seen smiling in a crowd of people who had gathered to get a glimpse of the actress 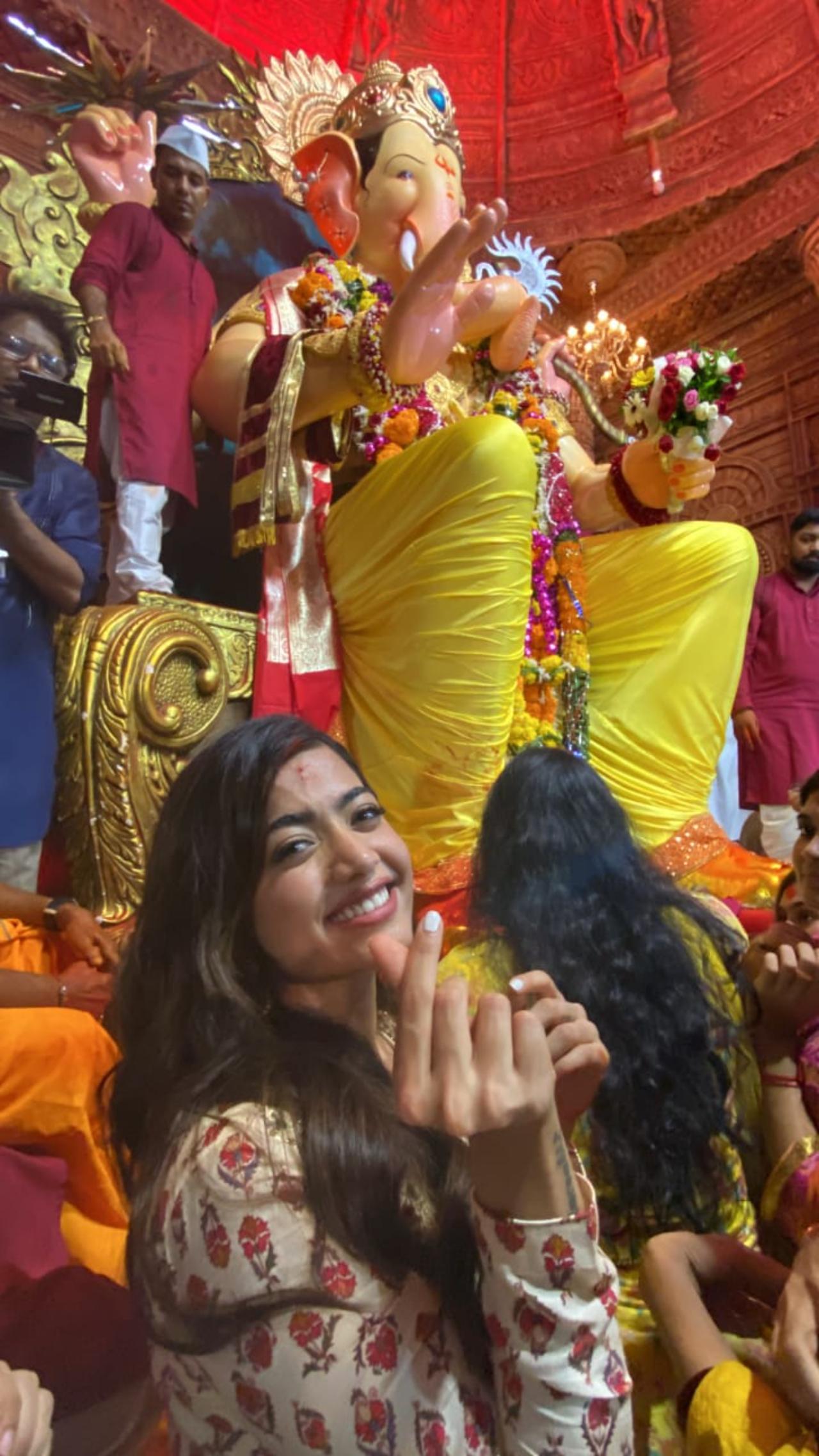 The actress will be marking her debut alongside legendary actor Amitabh Bachchan. She plays the role of Amitabh Bachchan and Neena Gupta's daughter in the film directed by Vikas Bahl 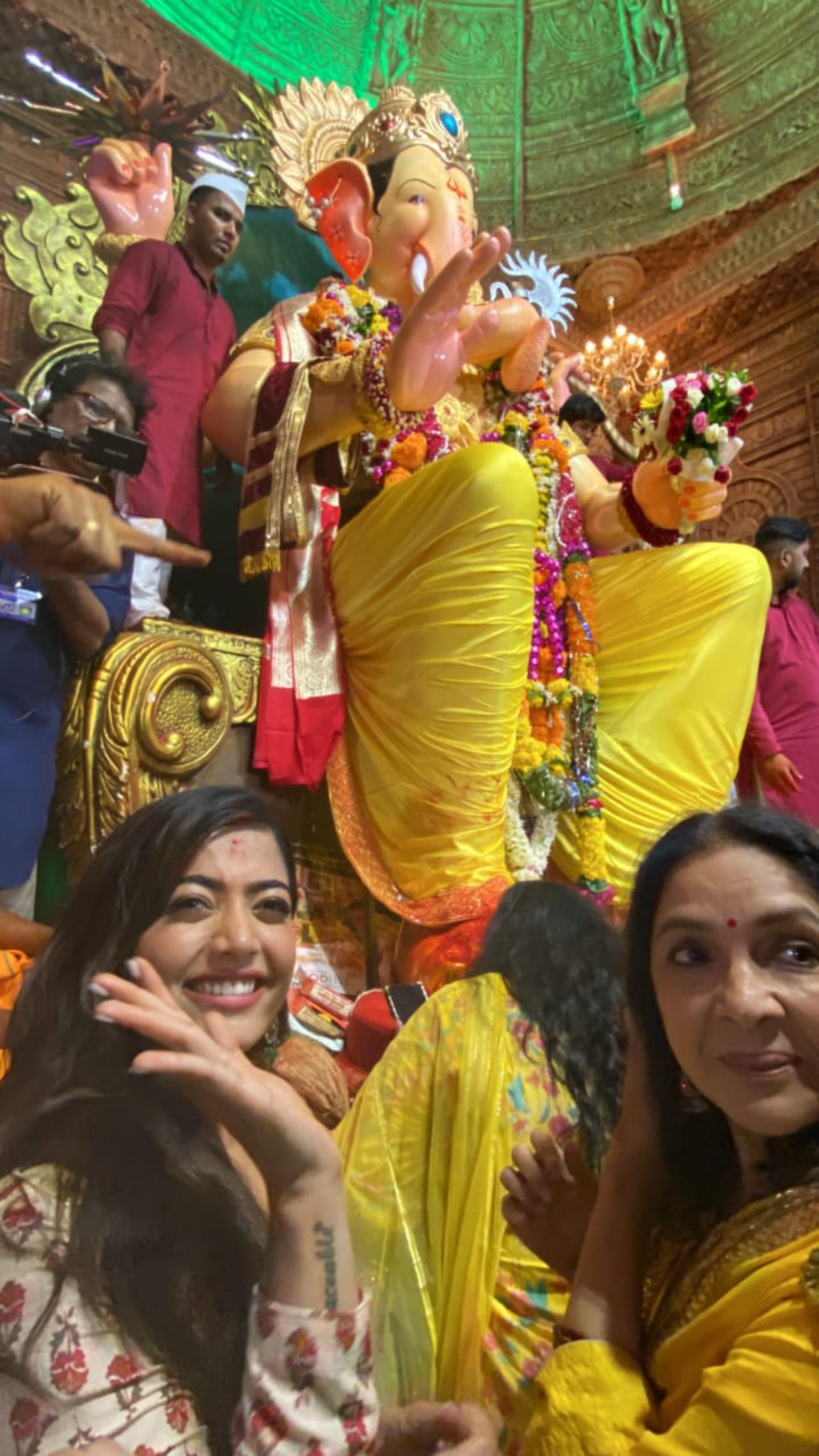 Apart from 'Goodbye', Rashmika has many interesting movies in her pipeline. She will feature next in 'Mission Majnu' alongside Sidharth Malhotra in the lead and is directed by Shantanu Bagchi. The actress also has director Sandeep Reddy Vanga's next 'Animal' opposite Ranbir Kapoor