Prem Chopra's family photos that you may have not seen before

It's veteran actor Prem Chopra's birthday on September 23. As the actor, who is remembered for his villainous roles in Hindi films, turns 87 this year, here's a look at his family pictures that you probably may have not seen before. 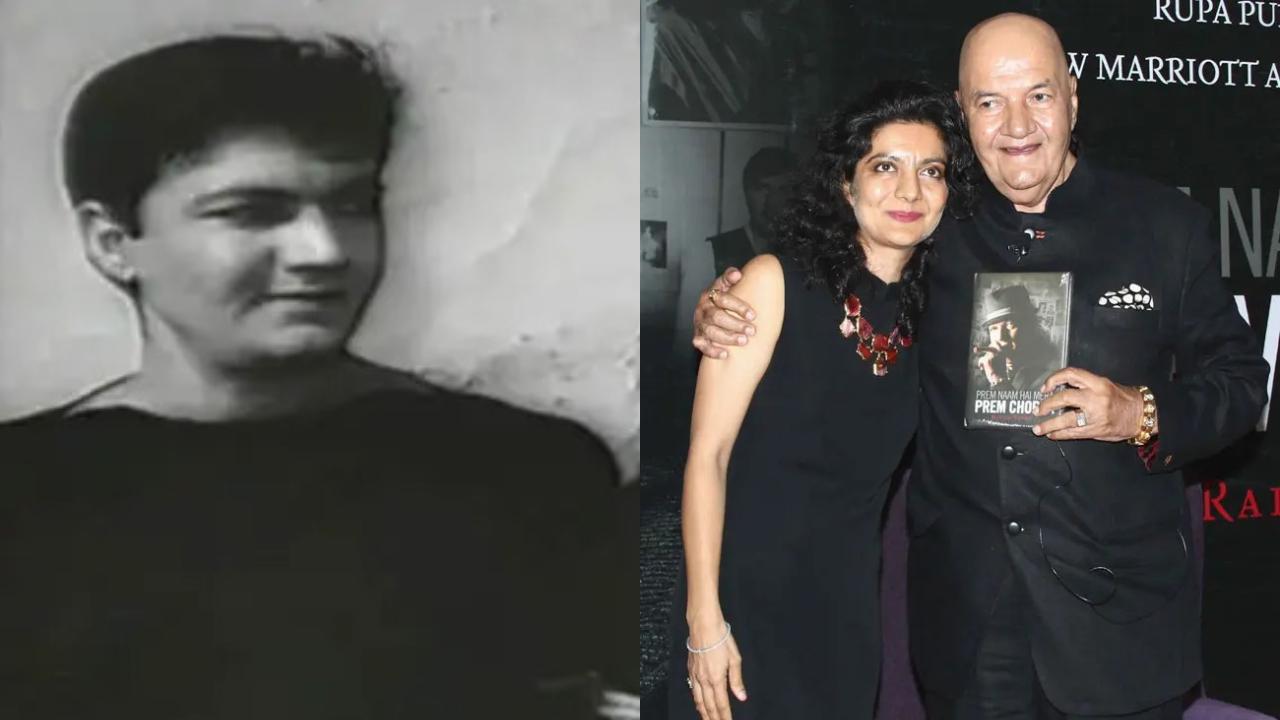 Prem Chopra's family photos that you may have never seen before 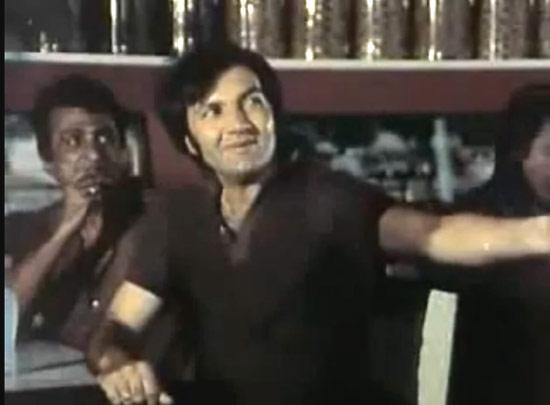 Born on September 23, 1935, in Lahore, Prem Chopra, one of Bollywood's most iconic villains, is the third of six children of Ranbir Lal (father) and Rooprani Chopra (mother). He is still remembered as the lecherous, conniving and outright ruthless villain on-screen. Ironically, Prem Chopra is one of the most soft-spoken actors in the industry. (All photos/mid-day archives and Instagram account of Vikas Bhalla, Sharman Joshi) Prem Chopra, who played numerous villainous roles on-screen during the 1970s and 1980s, always wanted to be an actor. Despite having no connection with the film industry, Prem Chopra made it to Bombay in the late '50s. 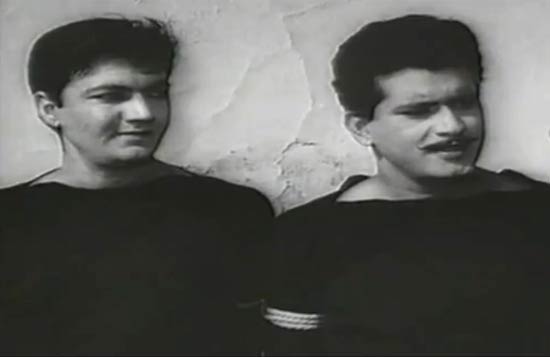 "My father was an IAS officer. When I decided to leave Shimla [his hometown] and move to Bombay in the late '50s, my father warned me that I was opting for the most insecure profession," recalled Prem Chopra. 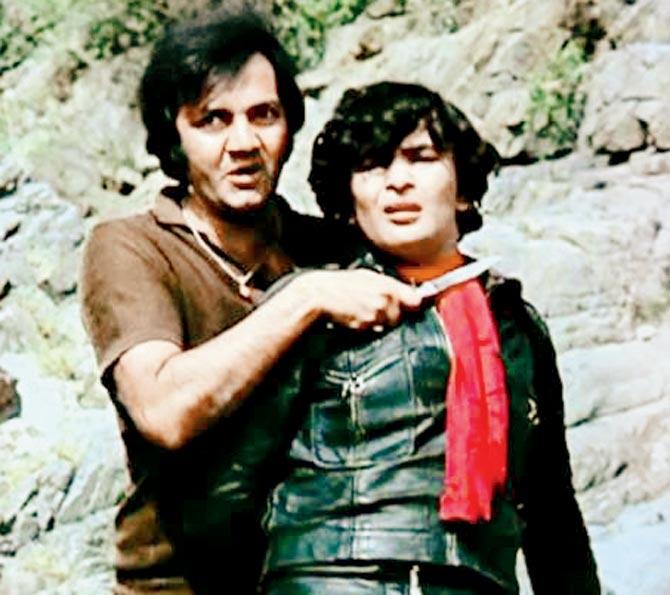 It wasn't a red carpet welcome into the world of movies. Prem Chopra began by balancing his Punjabi film assignments with a day job in the circulation department of a leading newspaper in Bombay. "I must have juggled at least 10-12 films with the job till it became impossible."

In picture: Prem Chopra and Rishi Kapoor in Bobby, the film that gave the former his most iconic dialogue, 'Prem naam hai mera, Prem Chopra.' 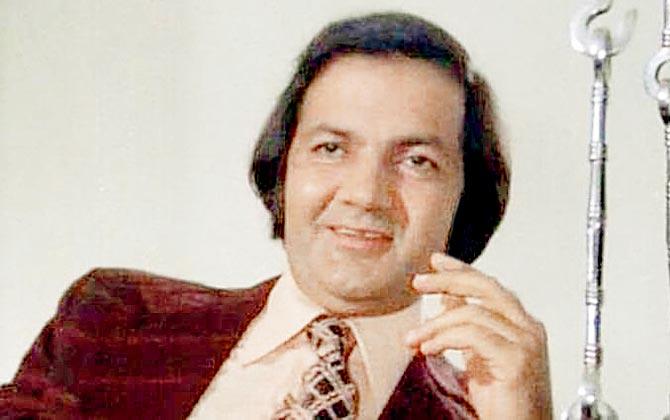 After the initial struggle, it was the National Award-winning Punjabi film Chaudhary Karnail Singh (1960) that trained the spotlight on him. This was followed by the Hindi film, Hum Hindustani the same year, which had Sunil Dutt and Joy Mukherjee as co-actors. Initially eyeing positive roles, including that in Manoj Kumar's award-winning Shaheed (1965), he later switched to negative roles when he realised that playing the baddie could keep him going for long. Chopra broke into the big league of baddies after the wild success of Teesri Manzil (1966). And the rest is history. 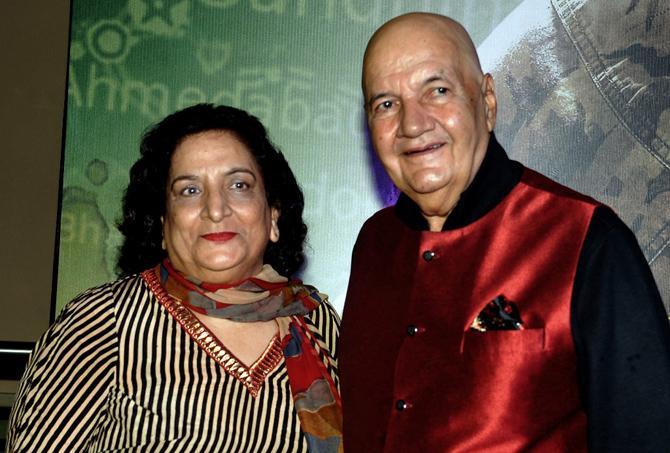 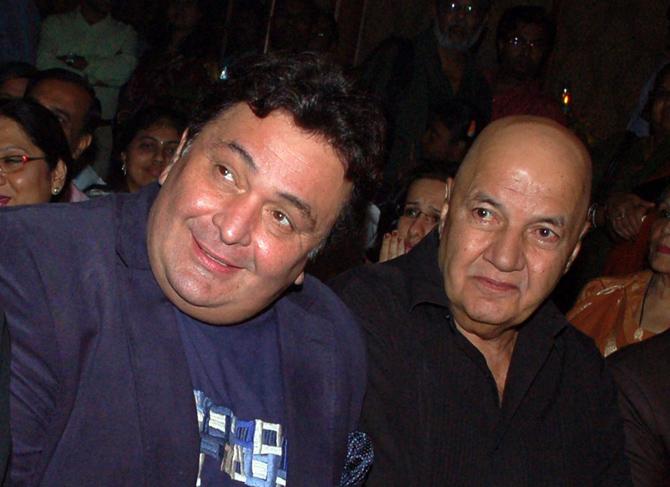 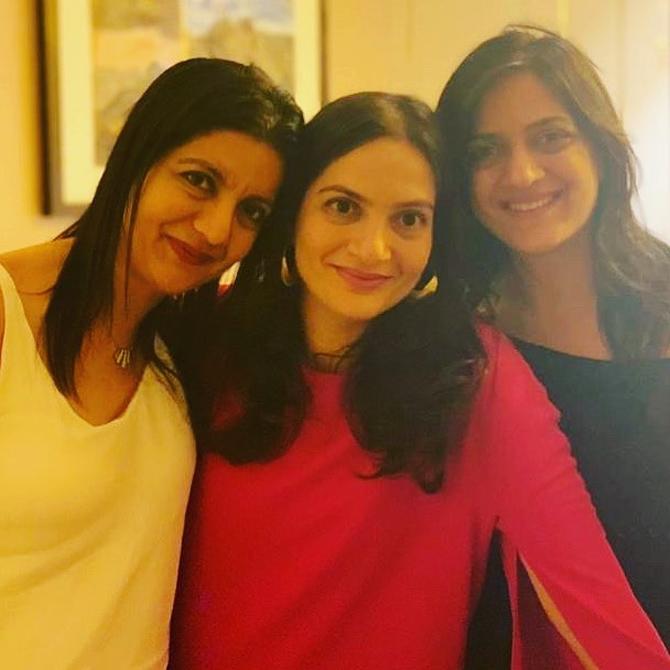 Prem Chopra and Uma Chopra have three daughters - Rakita, Punita and Prerana. The three siblings share a unique bond with their dad. They call him the 'baby' of the house as he is the first one to go to sleep at night. 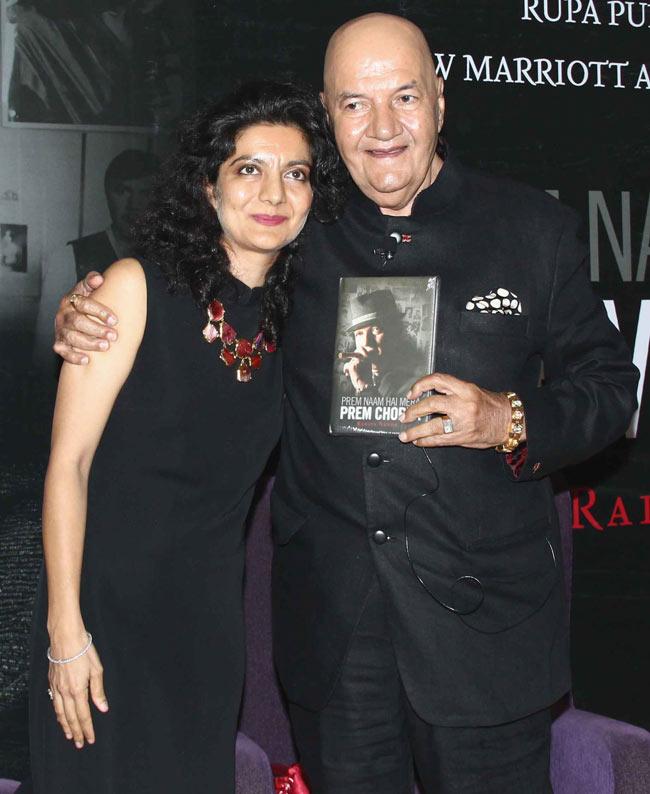 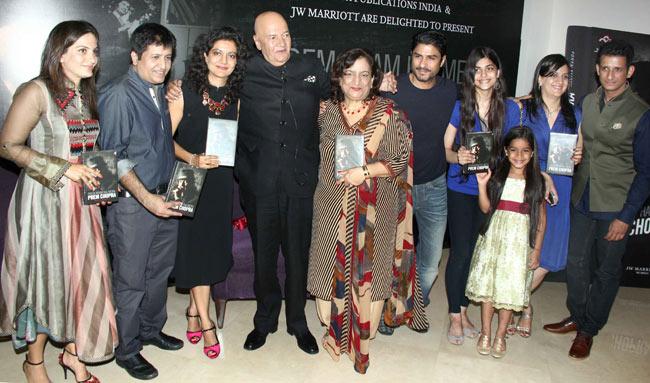 In real life, the veteran actor is calm and soft-spoken. He is a devoted husband and doting father to three daughters and is currently enjoying the role of a grandfather to six adorable grandchildren, Sanchi, Khyana, Veer, Risha and twins Vaaryan and Vihaan. 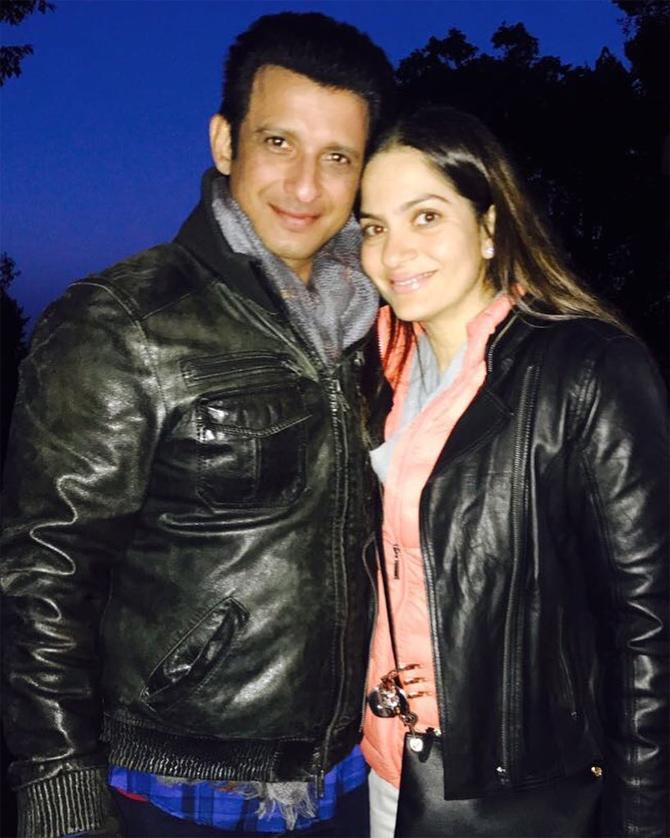 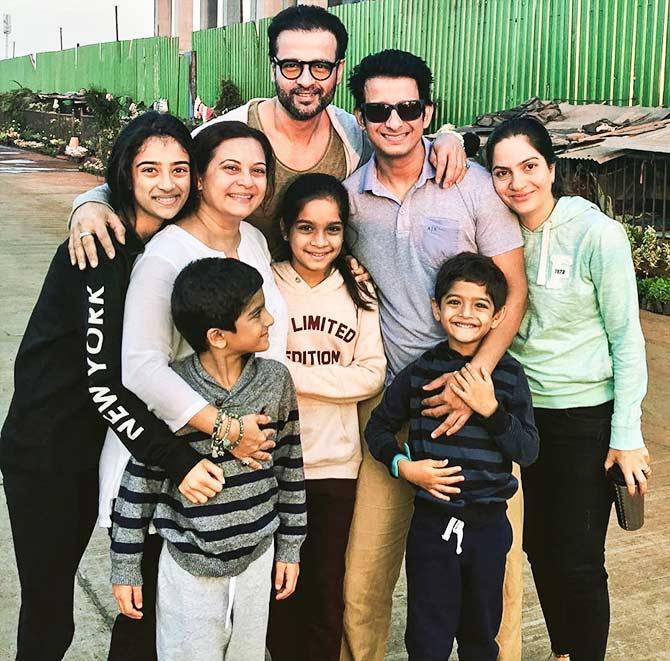 For the unversed, Sharman Joshi too hails from a family background that belongs to theatre and television. Arvind Joshi, the veteran of Gujarati theatre, is Sharman's father. Popular TV actress Sarita Joshi Bhosle is his aunt, while Manasi Joshi Roy is his elder sister, which makes actor Rohit Roy his brother-in-law. 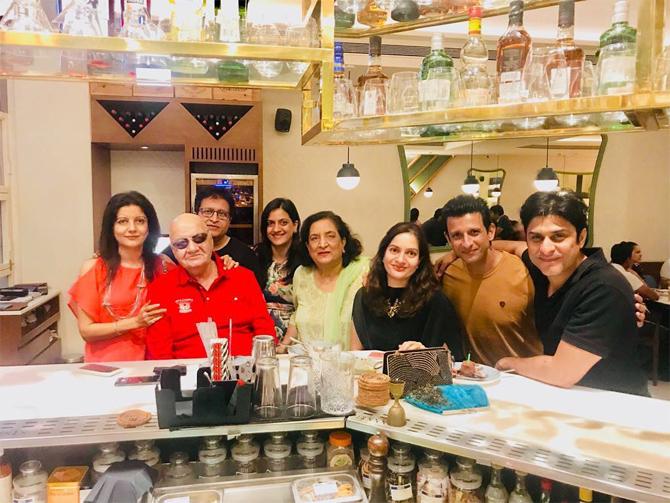 Sharman Joshi shares a warm relationship with his father-in-law Prem Chopra. He had narrated one funny incident saying, once he (Chopra) and his father were strolling in Chandigarh.... and four couples were passing by and one man among them said, "beware take care of your wives Prem Chopra has arrived." His (Chopra's father) father got upset and said, 'What sort of reputation do you have but at the same time he was proud of his son,' Sharman said. 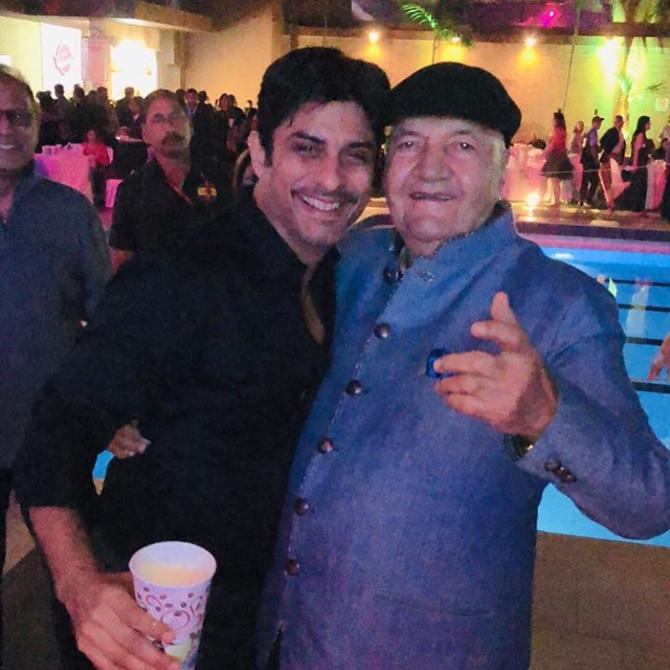 Singer-actor Vikas Bhalla is Prem Chopra's son-in-law, as well. Vikas is married to Punita Chopra, who owns a pre-school called Wind Chimes in Bandra, suburban Mumbai. As can be seen in the picture itself, Chopra shares a warm relationship with Vikas as well, just like his other sons-in-law. 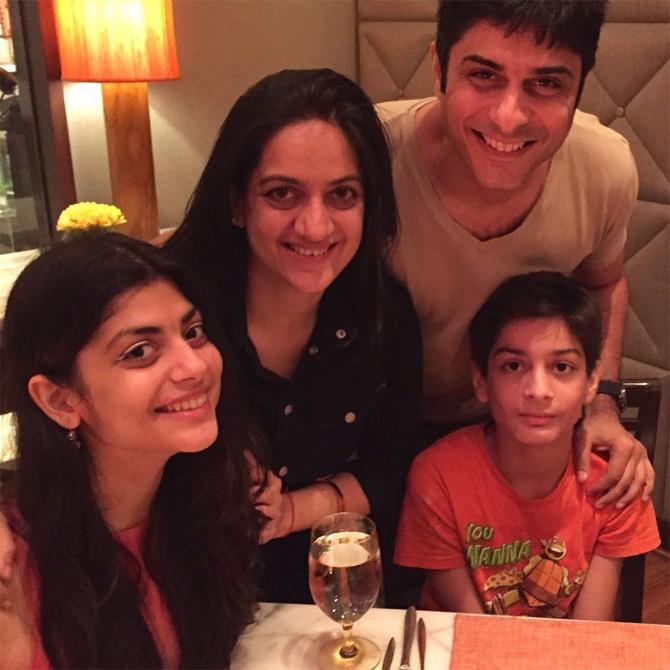 Vikas Bhalla and Punita began dating since 1986, while they were studying in high school. He was 24 when he got married to her. The couple has two children, Sanchi and Veer. 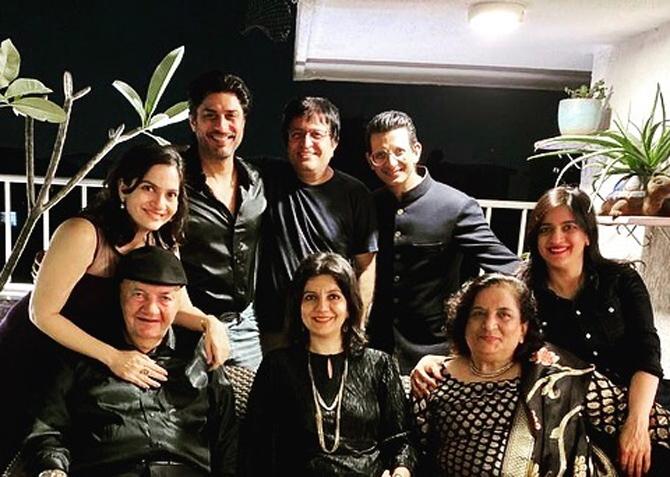 Prem Chopra is truly living his life in congruence with his name - PREM! Here's wishing a very happy birthday to the living legend!