Within less than 24 hours, the much-awaited film 'Brahmastra' will be released in theatres across the world. On Thursday afternoon, a day before Ranbir Kapoor and Ayan Mukerji were seen visiting Lalbaugcha Raja in Mumbai to seek blessings of Lord Ganesha. (All Photos/Yogen Shah) 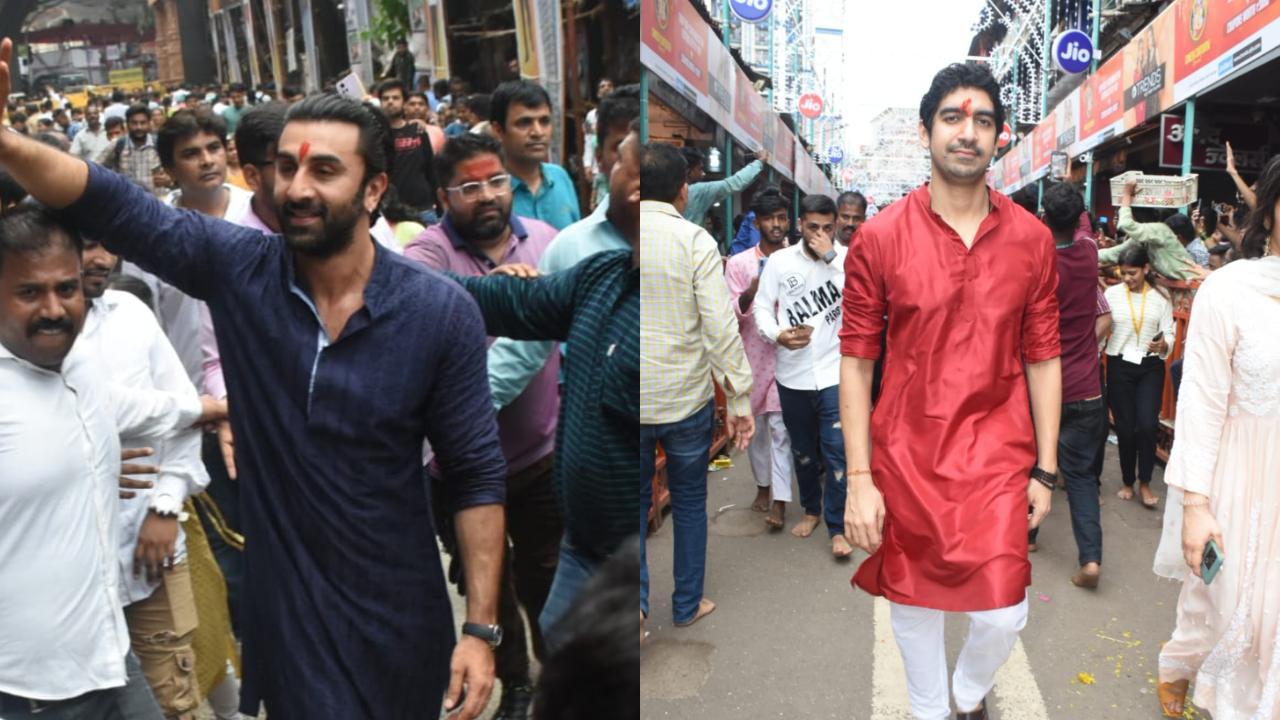 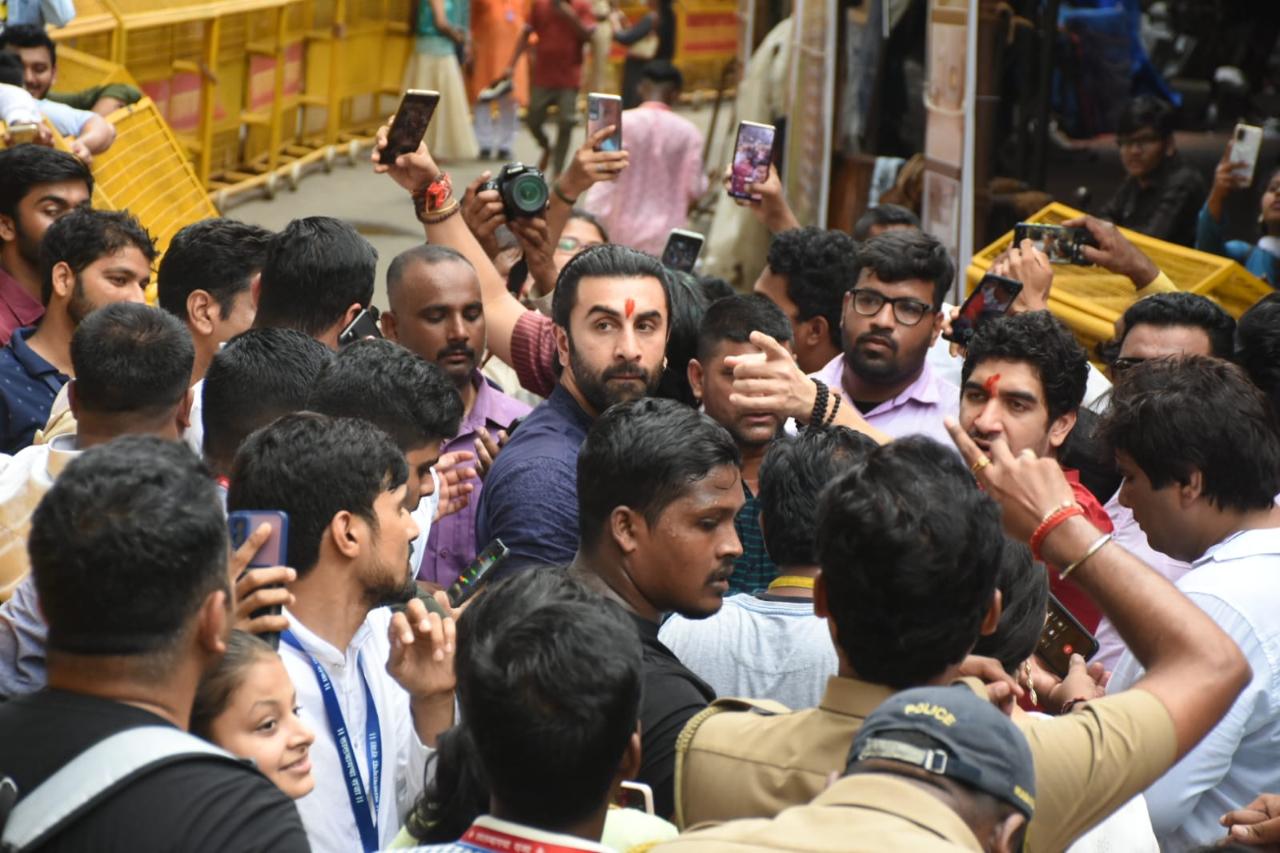 Ranbir Kapoor was spotted at Lalbaug to seek the blessings of Lord Ganesha. He was seen dressed in a navy blue kurta with his hair neatly combed behind. He sported a trimmed beard and was seen with a tilak on his forehead 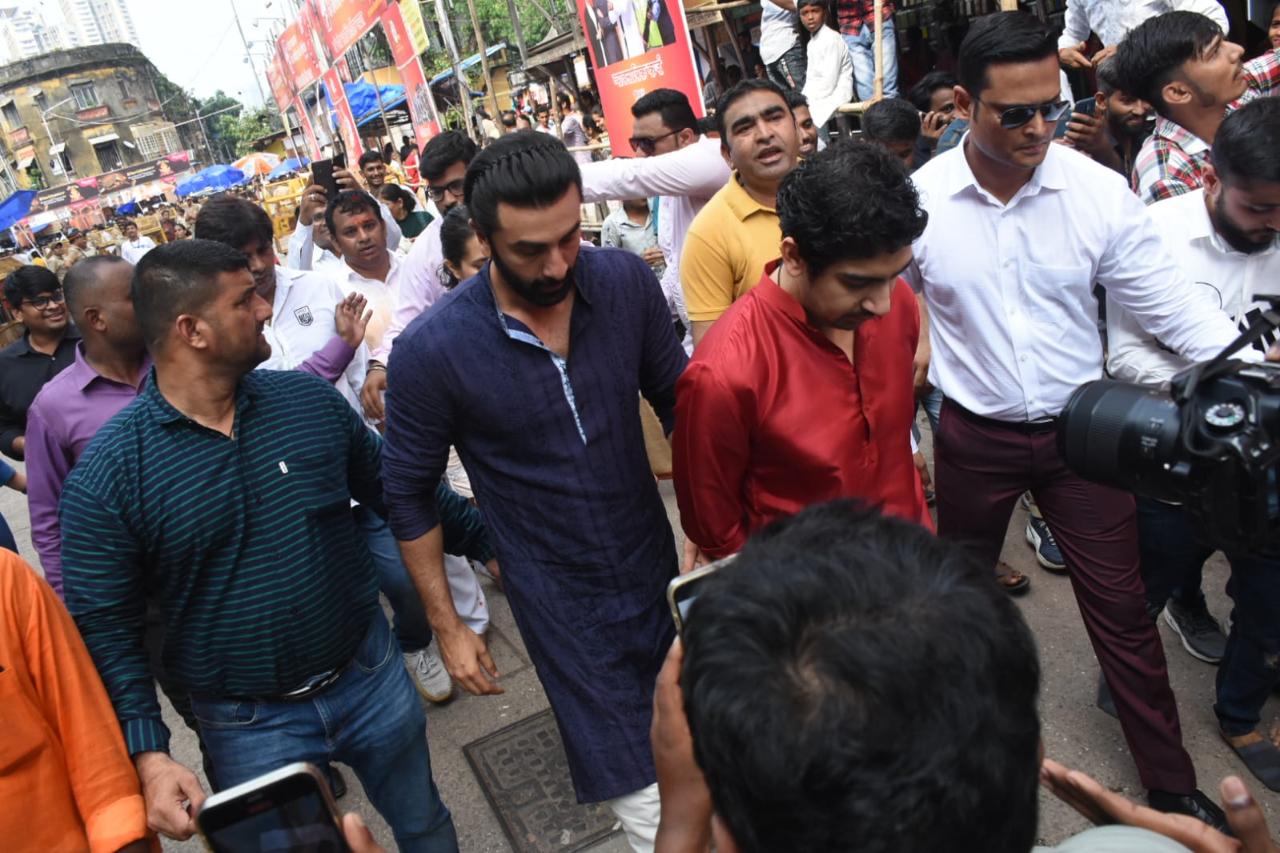 Ranbir was accompanied by his good friend and filmmaker Ayan Mukerji. Ayan was seen in red kurta with a tilak on his forehead. The duo was surrounded by curious fans as they arrived in Lalbaug 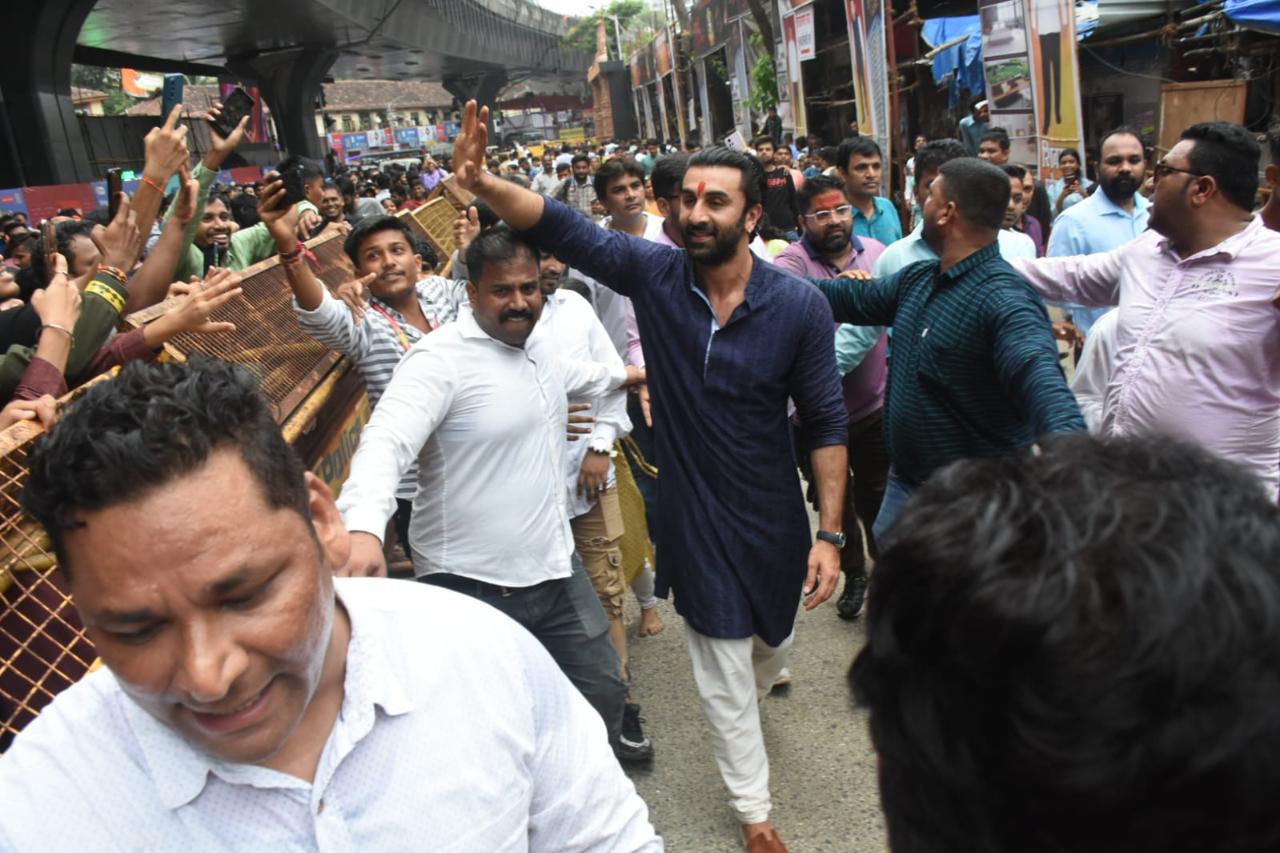 Ranbir Kapoor is currently awaiting the release of his film 'Brahmastra'. The film directed by Ayan Mukerji has been one of the most awaited films of recent times. It has been in the making for five years and his now ready to be released in theatres on September 9. This is the first time that Alia Bhatt and Ranbir Kapoor will be seen in a movie together 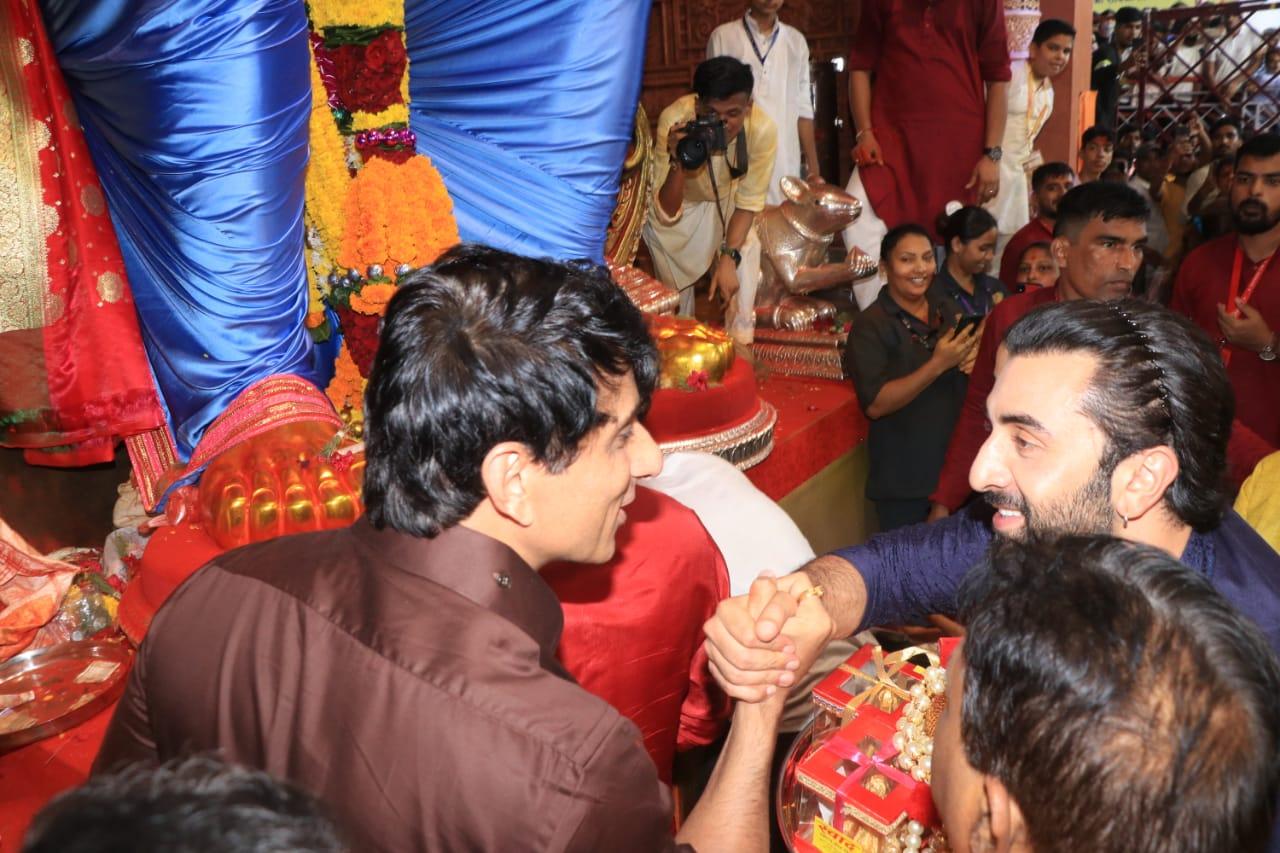 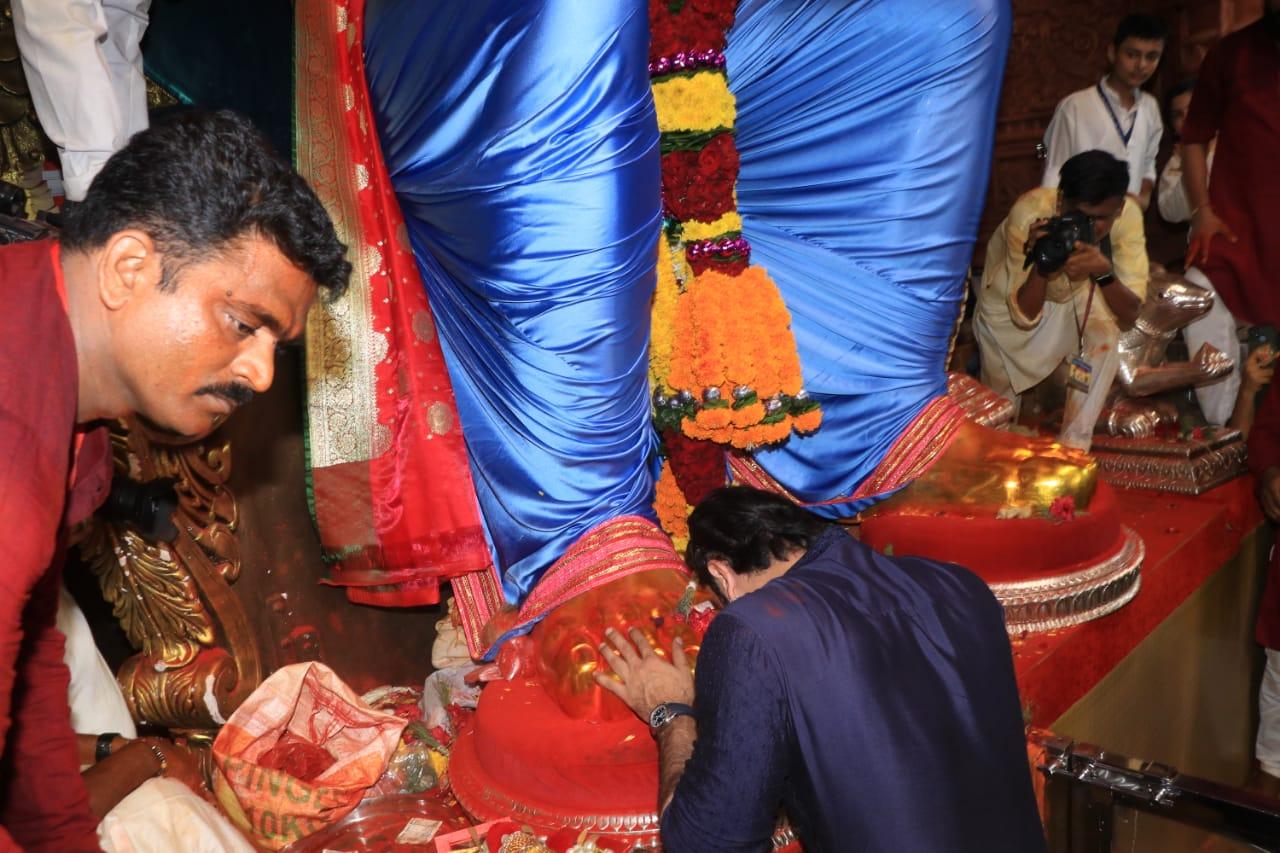