Randhir Kapoor, who shifted from Chembur residence to a new home in Bandra, hosted a puja and party for near and dear ones. Rima Jain, Karisma Kapoor, Kareena Kapoor Khan with family, Neila Devi, Neetu Singh were clicked together at the ceremony. We have pictures 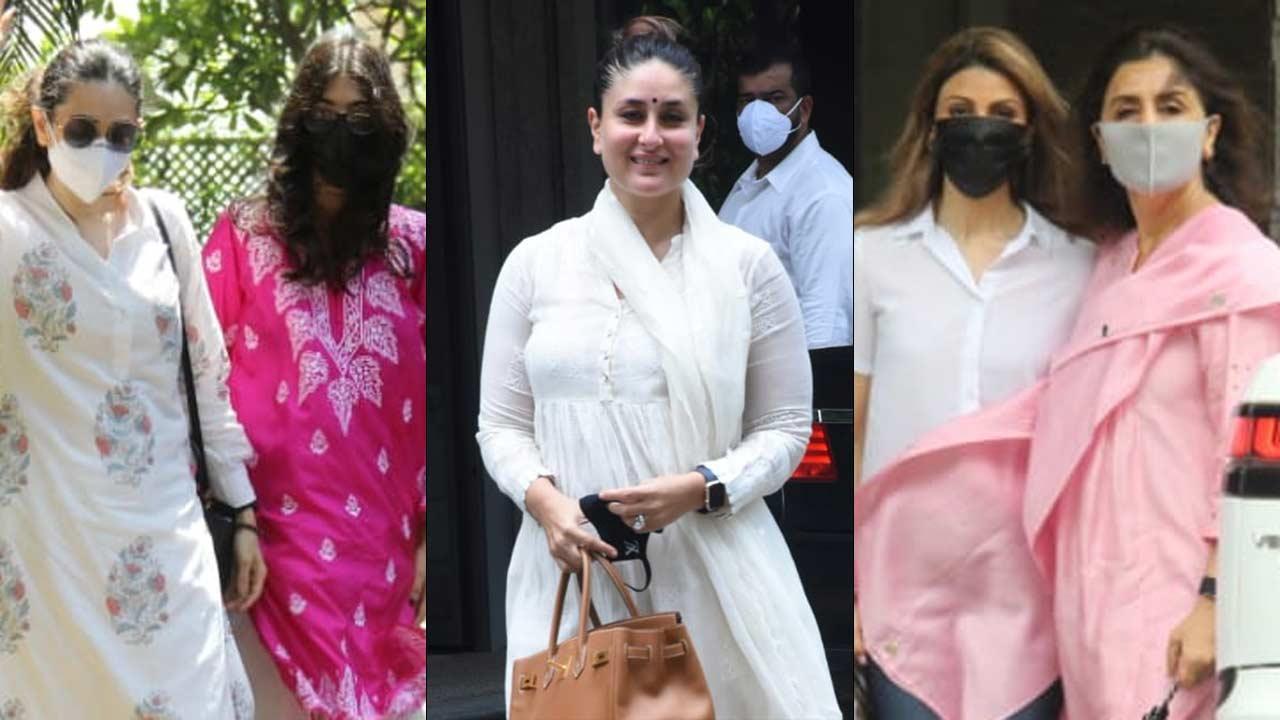 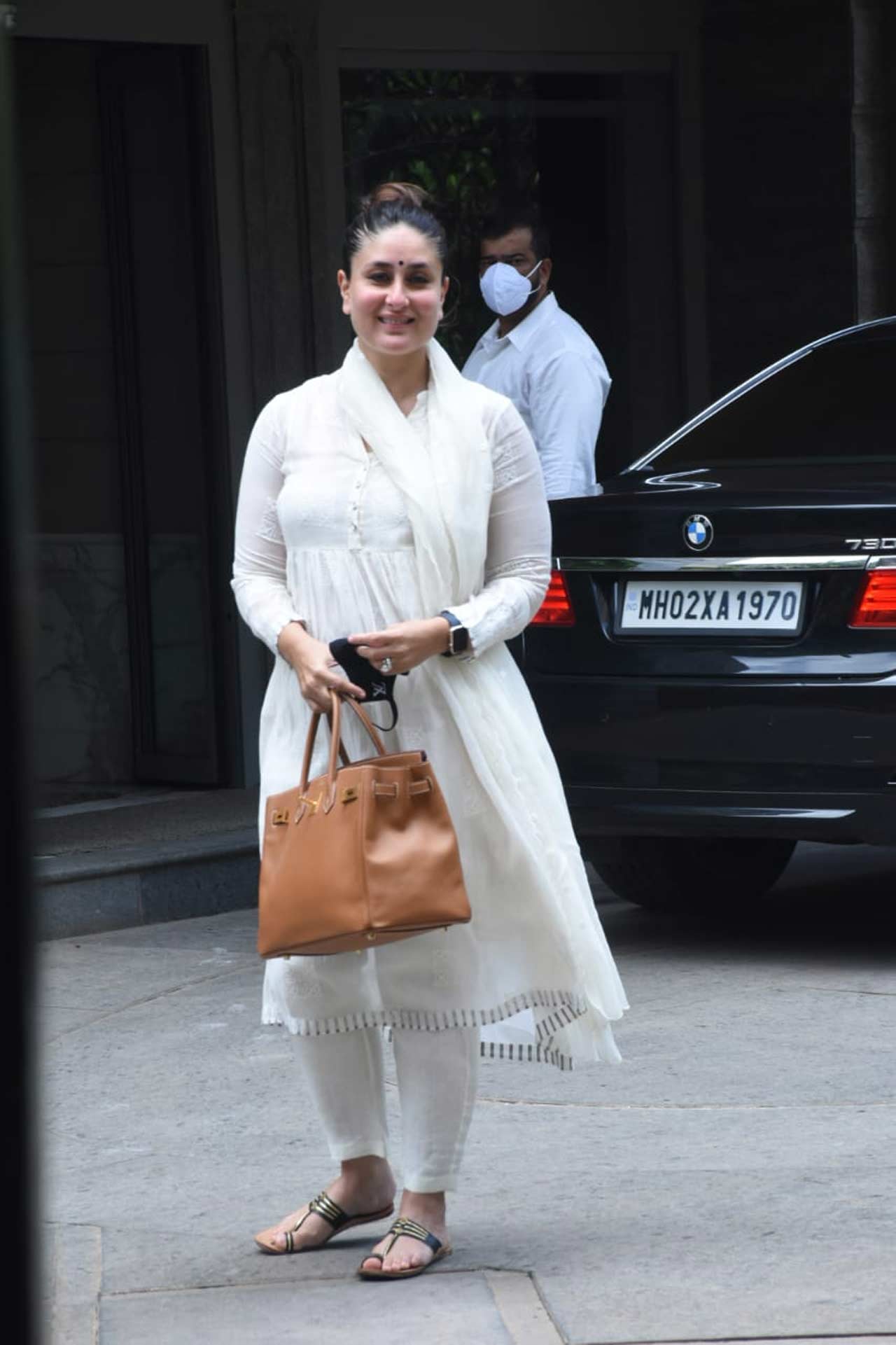 Kareena Kapoor Khan was spotted in a traditional avatar at her father Randhir Kapoor's new residence at Bandra. The actress slayed her look and flashed her smile as she posed for the flashbulbs. She's now gearing up for Laal Singh Chaddha and Takht. Takht will be Khan's second collaboration with Karan Johar where he directs the actress. This period drama, which was slated to release on December 24, 2021, has now been postponed. It also stars Anil Kapoor, Ranveer Singh, Vicky Kaushal, Alia Bhatt, Bhumi Pednekar, and Janhvi Kapoor. 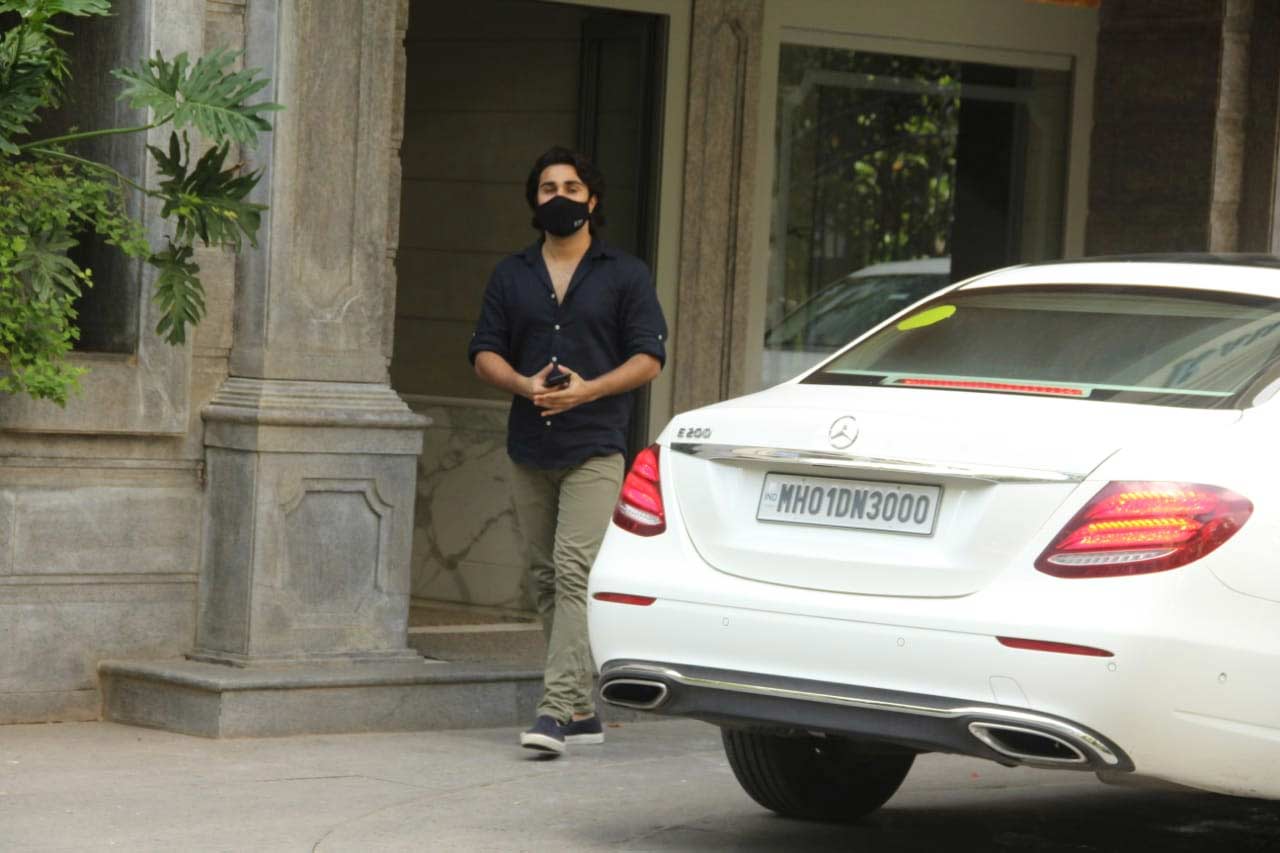 Aadar Jain also arrived at Randhir Kapoor's residence in a casual avatar. A while back, while talking about his film Hello Charlie that came out recently, the actor said, "I really hope that everyone loves the film and takes to the film and connects with the story. It's a one-of-a-kind story never been told before with a gorilla. 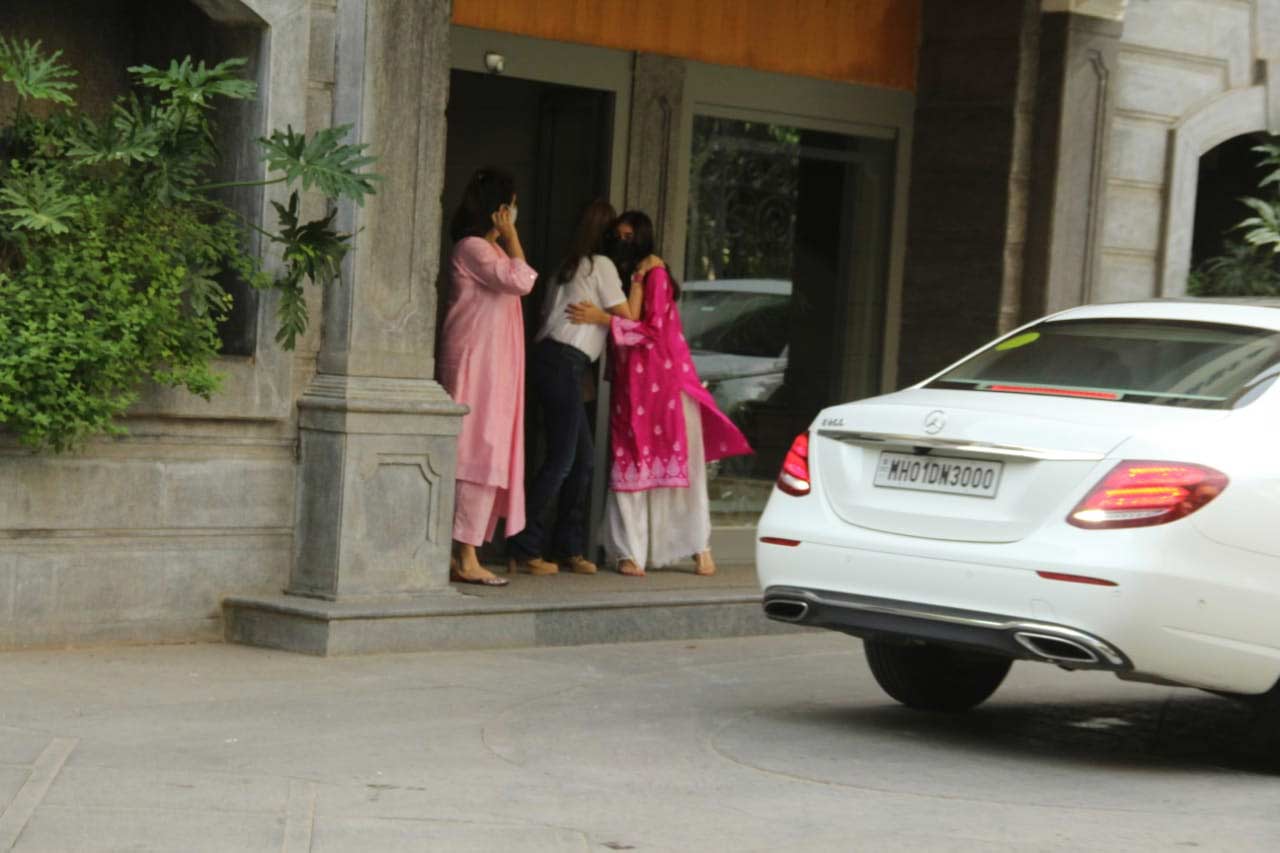 After brother Rajiv Kapoor’s death in February, Randhir Kapoor used to feel lonely at his Chembur home. The veteran actor decided to move to a place close to where daughters, Karisma Kapoor and Kareena Kapoor Khan, live in Bandra. Leaving from the residence were Neetu Kapoor and her daughter Riddhima Kapoor Sahni, who could be seen in their tradional avatar. 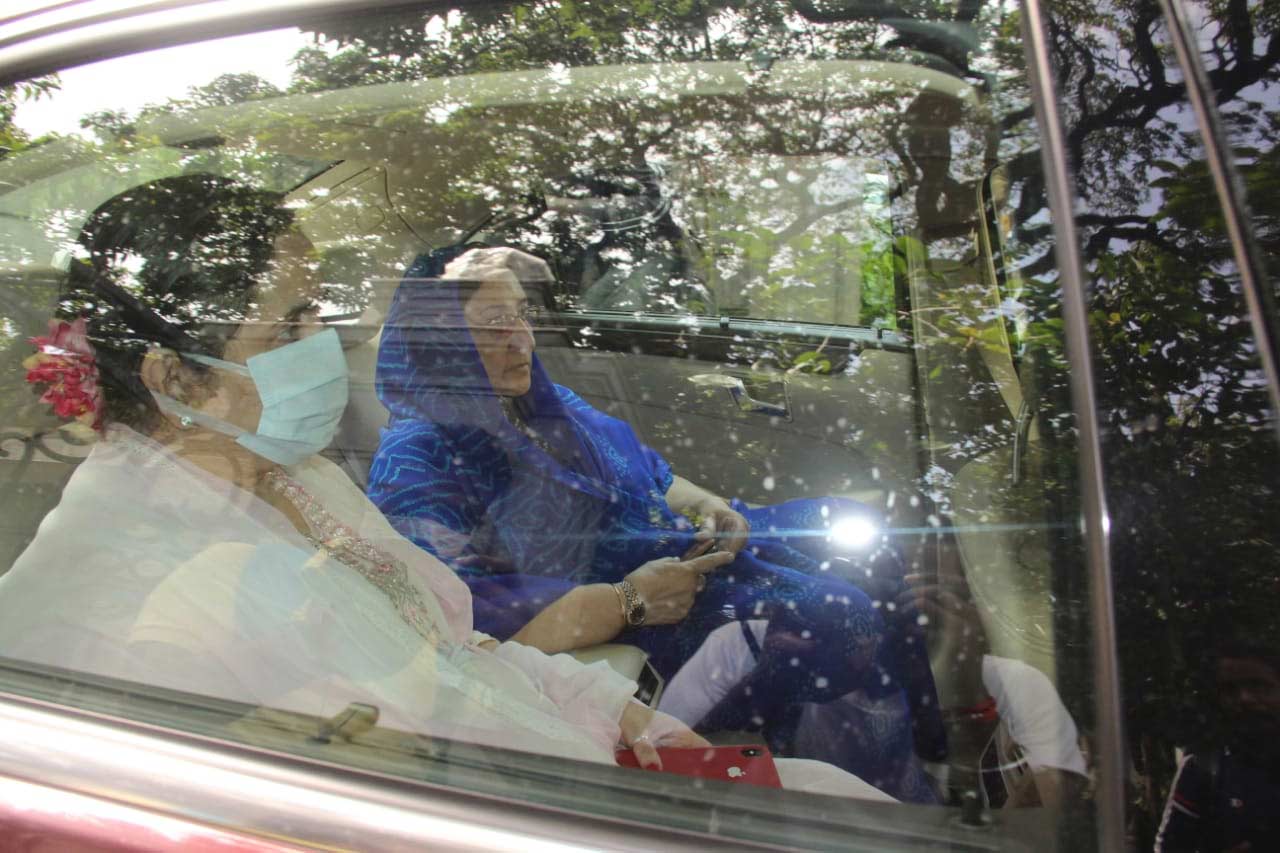 Neila Devi, the wife of the actor late Shammi Kapoor, also arrived to be a part of the small celebration at Randhir Kapoor's residence. 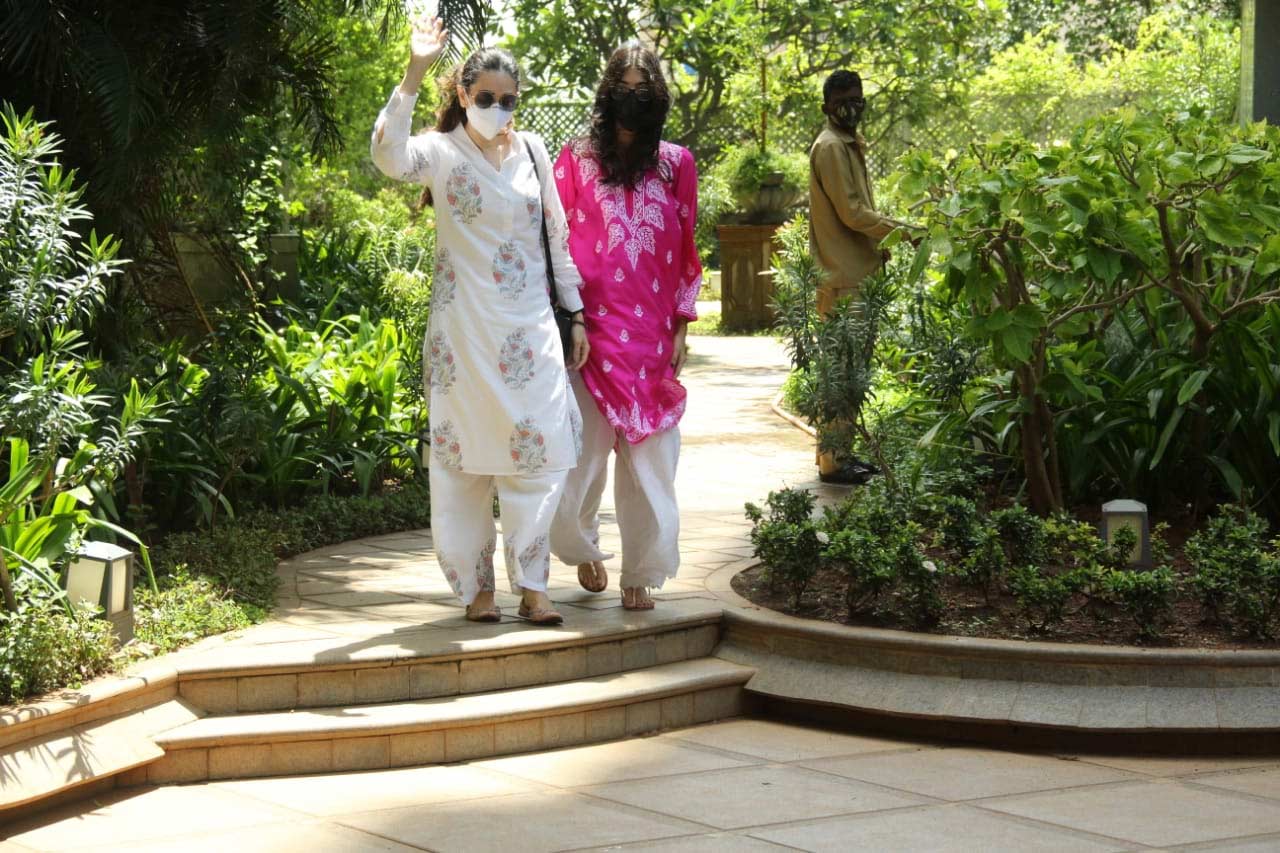 Karisma Kapoor waved at the paparazzi at her father's new residence. The entire Kapoor family was in a celebratory mood. The actress on Thursday, walked down the memory lane to celebrate 30 years in the Hindi film industry and said that she was full of gratitude. Karisma, who hit the milestone on June 21, which was the release date of her debut feature 'Prem Qaidi', took to her Instagram handle and shared a video montage of her popular hits from the 1990s. 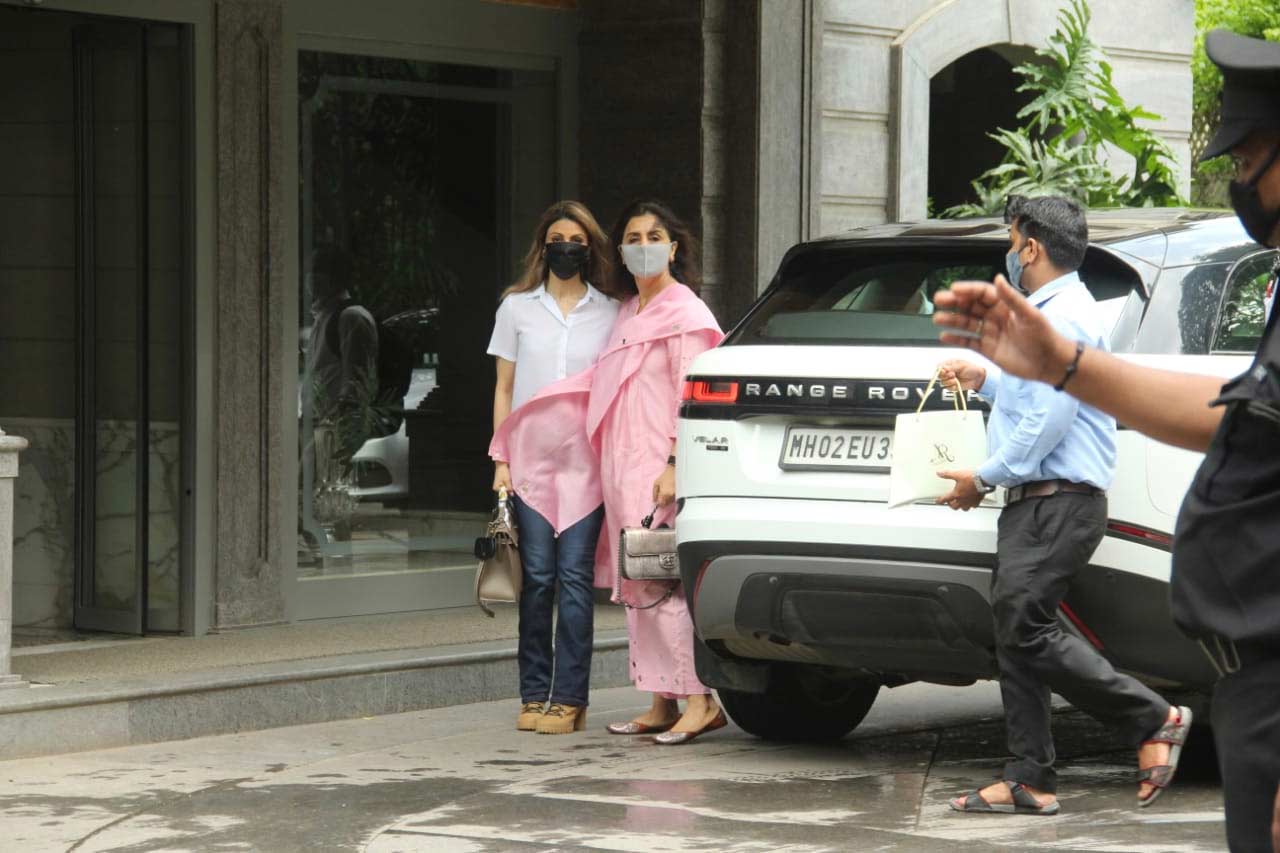 Neetu Kapoor and Riddhima Kapoor Sahni posed together for the media at Randhir Kapoor's new abode. The mother-daughter duo slayed in their tradional attires. Neetu Kapoor has been sharing a lot of pictures on her Instagram account that revolves around her family. On most of the occasions, she has been making herself and fans nostalgic by sharing some iconic moments of the late actor Rishi Kapoor.