Shah Rukh Khan was recently spotted at the Mumbai Airport along with her sons Aryan and Abram. The actor and his kids, who are constantly in news, were swarmed by the fans at the airport. (All photos/Yogen Shah) 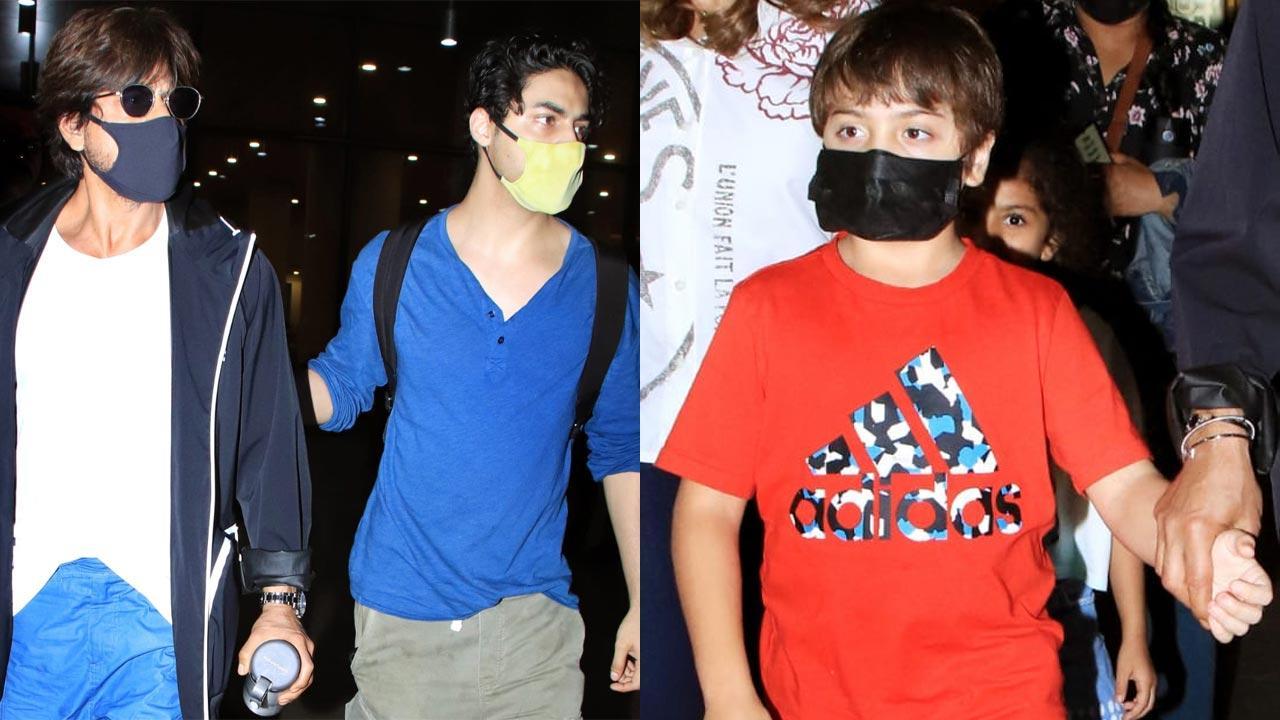 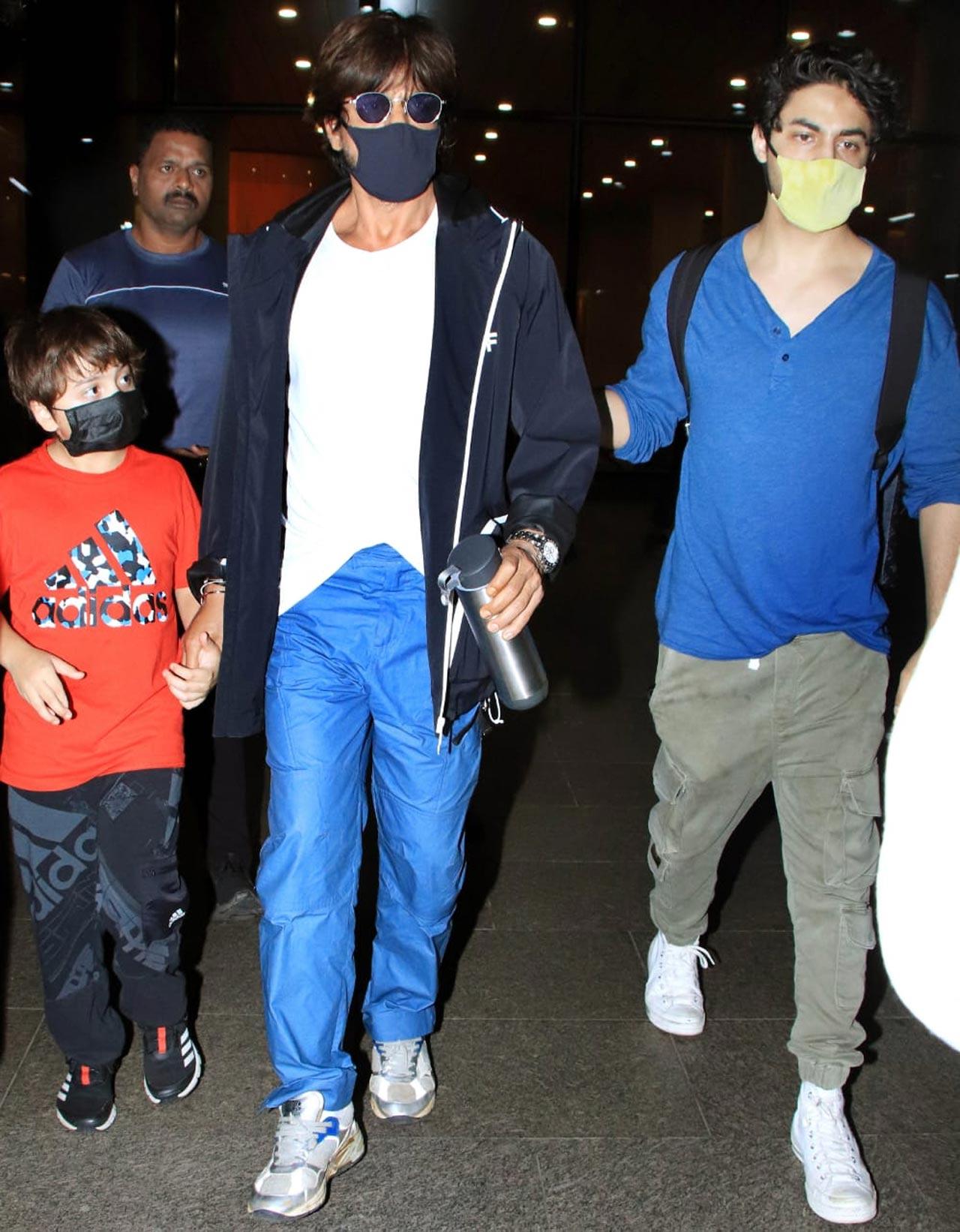 Shah Rukh Khan was snapped with his kids - AbRam Khan and Aryan Khan at their casual best. While the actor sported a black jacket, paired with a basic blue denim and a white t-shirt, Aryan was seen wearing uber-cool blue t-shirt 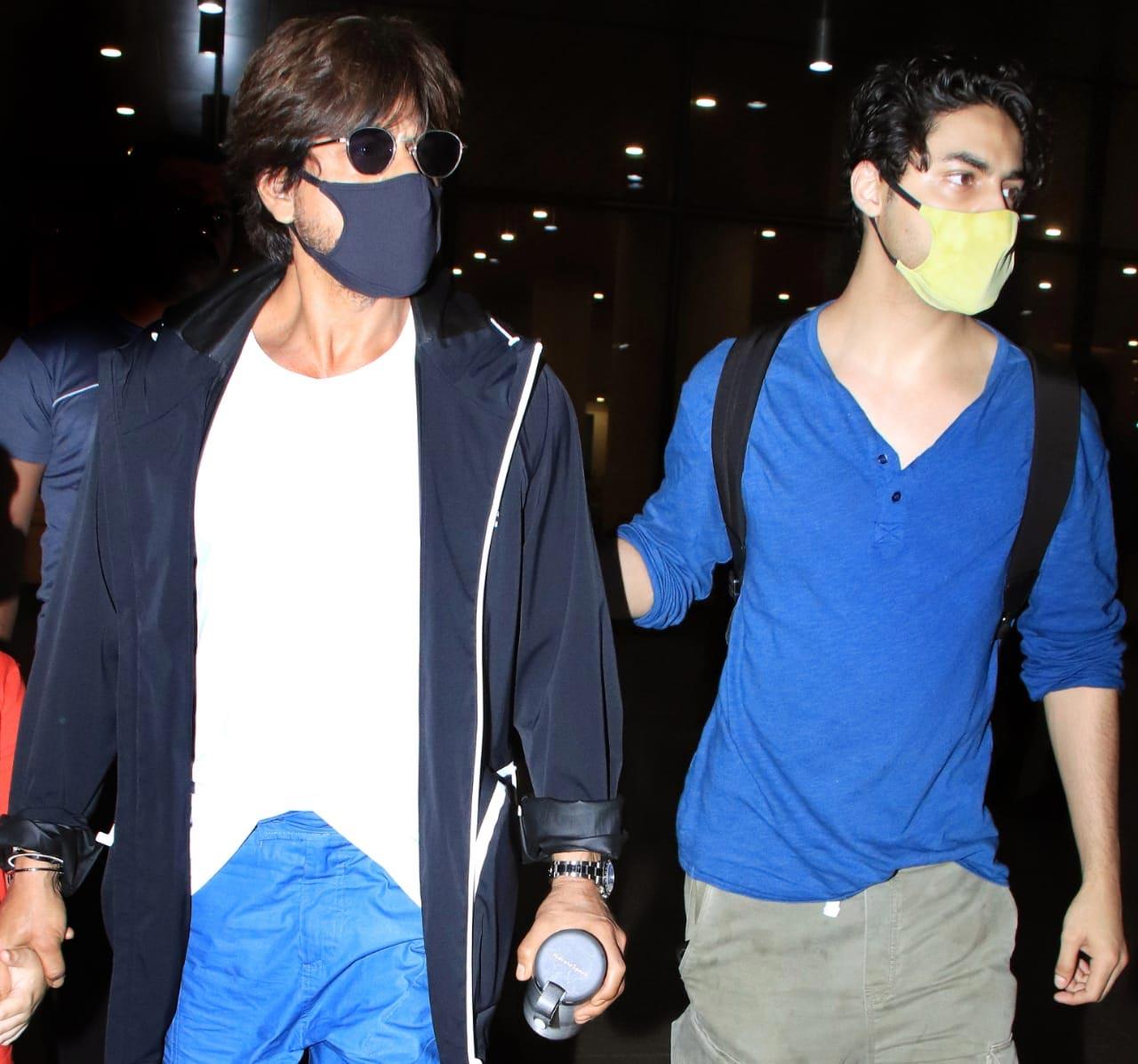 At the Mumbai airport, Shah Rukh Khan, Aryan Khan and AbRam Khan faced a very unusual moment in front of the paparazzi. While the family was getting clicked, one of the fans at the Mumbai airport grabbed the actor's hand. The video where SRK pulled away his hand from he fan, and Aryan Khan rescuing him has already taken the internet by storm 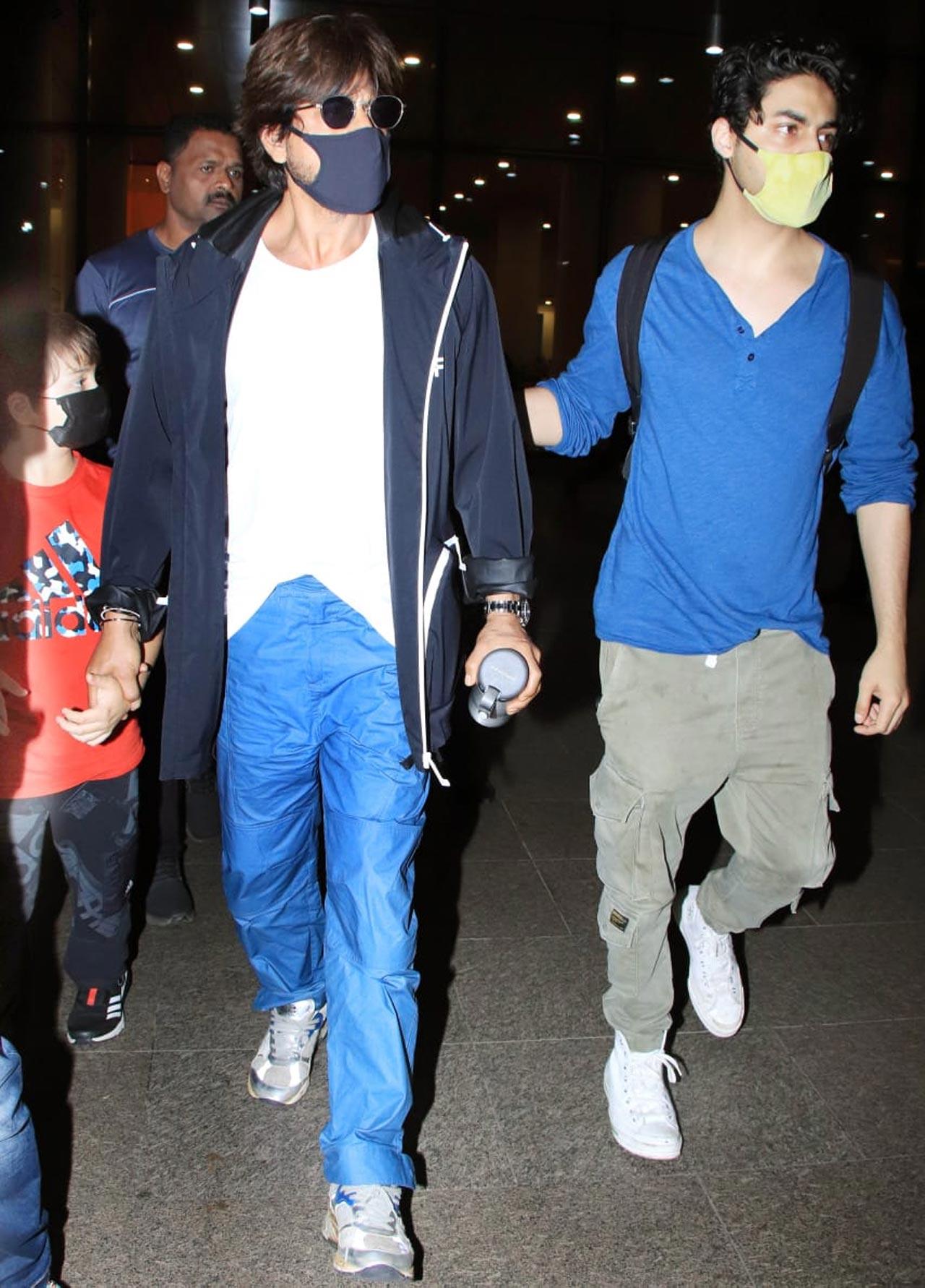 On the work front, Shah Rukh will be next seen in director Siddharth Anand's next thriller film 'Pathaan' alongside Deepika Padukone and John Abraham. The film is all set to hit the theatres on January 25, 2023 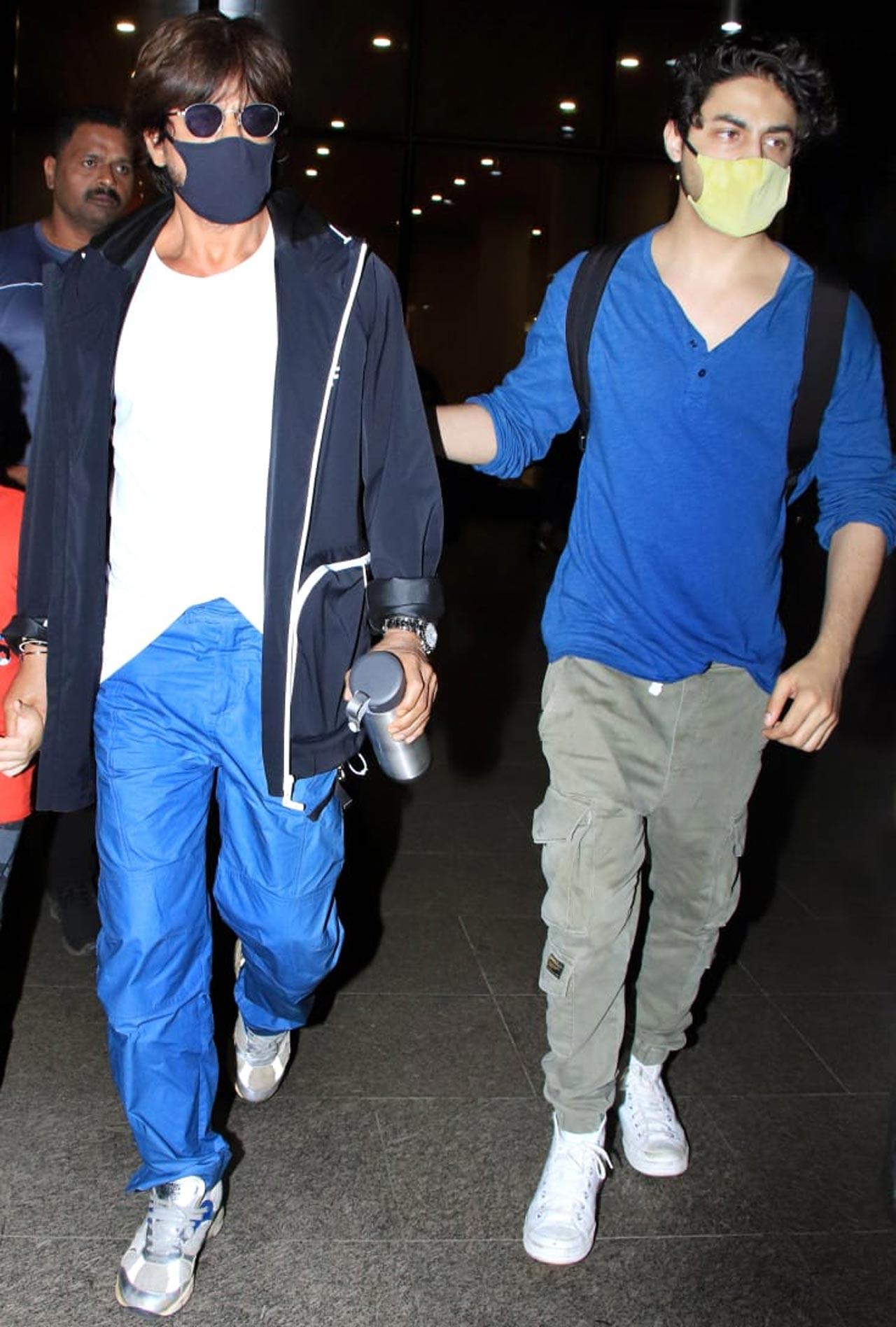 Along with this, he also has south director Atlee's 'Jawaan' alongside actor Nayanthara, which is slated to release on June 2, 2023, and Rajkumar Hirani's 'Dunki' opposite Taapsee Pannu

'Dunki' is being directed by superstar director Rajkumar Hirani, who is known for helming films like the 'Munnabhai' franchise, 'PK' and '3 Idiots'. His last film was the Ranbir Kapoor-starrer 'Sanju', Sanjay Dutt's biopic

Taapsee Pannu had earlier told the media during the promotions of her sports biopic 'Shabaash Mithu' that she had completed one schedule of 'Dunki' and that 40 per cent of the film has been shot in that schedule. 'Dunki' is set to drop in theatres on Decmeber 22, 2023