The year 2022 witnessed the passing away of many celebrities. In this edition of ‘Yearender 2022’, let’s have a look at the celebs who had set for heavenly abode this year. 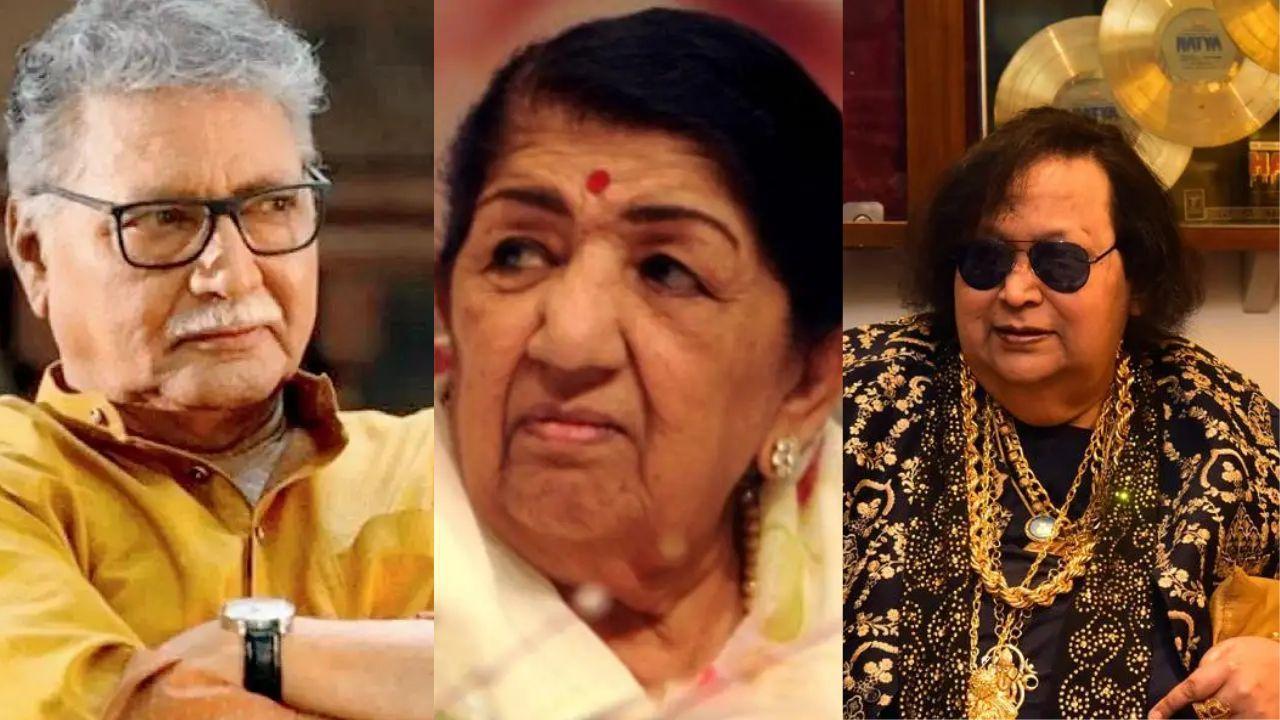 After having made his acting debut in Bollywood with the Amitabh Bachchan-starrer ‘Parwana’, the extremely versatile actor Vikram Gokhale bid goodbye to the mortal world this year. Throwing clarity on his health, Vikram's wife Vrushali Gokhale had shared an update (as reported by ANI), wherein she had said, “Mr Vikram Gokhale is critical since last 24 hours. Doctors are trying their best. He is not responding to the treatment as expected. He has a multiorgan failure.”

The ace comedian-actor, best known for his satirical humor and his trademark ‘Gajodhar Bhaiyya’ jokes, had also set for heavenly abode this year. Raju was working out at the gym, when he suffered a heart attack. He was then admitted to AIIMS, where he was under observation. After a unsuccessful battle with life, Raju passed away on September 21 this year.

Mostly referred as the ‘Golden Man’ of the music industry, the extremely talented musician Bappi Lahiri breathed his last early this year in the month of February 15 this year. Its being said that, Bappi Lahiri, who started to play tabla from the tender age of 3 years, was very much influenced by the iconic musician Elvis Presley, who was also the reason and inspiration behind Bappida’s trademark jewellery. Bappi Lahiri made his debut as a music composer in Bollywood with ‘Nanha Shikari’, which was released in the year 1973.

The untimely demise of singer Krishnakumar Kunnath aka KK shocked the whole nation. The 53-year-old singer was performing at an event at Nazrul Mancha, which is an auditorium in Kolkata. A few minutes after his performance, the ‘Pal’ singer reportedly started feeling uneasy. He was immediately taken to the CMRI hospital. Reports suggested that, KK had died of a suspected heart attack.

KK, who is best known for his song ‘Tadap Tadap Ke’ from the hit film ‘Hum Dil De Chuke Sanam’ and also for his album ‘Pal’, passed away on May 31 this year.

'The nation has lost its voice' is the statement that can be aptly summed up to describe the loss of India’s Nightingale- Lata Mangeshkar. An extremely proud recipient of the prestigious 'Bharat Ratna', 'Padma Vibhushan', 'Padma Bhushan' and also 'Dadasaheb Phalke Award', Lata didi had lent her mellifluous voice to innumerable films with language acting as no barrier. Not many know of the fact that, Lata Mangeshkar had made her acting debut in the year 1943 with the Marathi film ‘Pahili Mangalgour’. Lata didi passed away on February 6 this year.

Always the one with a smiling face, actor Deepesh Bhan was best known for playing the role of Malkhan in the hit TV show ‘Bhabhiji Ghar Par Hai’. Deepesh  was playing cricket with his child when he met with a sad end. Sensing financial issues after the actor's death, actress Saumya Tandon (who was also Bhan’s co-star from ‘Bhabhiji Ghar Par Hai’) had arranged money by crowdfunding. The late Deepesh Bhan’s wife took to social media and posted, “After his sudden demise in July, I was obviously very much emotionally disturbed, but also financially disturbed. I had a huge loan on this house and no way or backing to repay it. During that time, Saumya Tandon from 'Bhabi Ji Ghar Par Hai' came into my life. She helped me so much that I have repaid that amount within one month only."

Deepesh Bhan took his last breath on July 23 this year.

Whenever anyone utters the name ‘Tabassum’, one is always reminded of the extremely vibrant and confident personality that she exuded, both, on and off screen. After having started off as a child artist ‘Baby Tabassum’, she went onto act in many films. These films included ‘Badi Behen’, ‘Mera Suhaag’, Manjhdhar’ and many others. She became a household name with her impeccable hosting skills and an outstanding command over her language in the show ‘Phool Khile Hain Gulshan Gulshan’.

After having reportedly suffered two cardiac attacks, the veteran actress passed away on November 18 this year.

The death of the young and promising actress Tunisha Sharma sent shockwaves across the nation recently. It was on December 24, when Tunisha reportedly ended her life on the sets of her show, ‘Ali Baba: Daastan-E-Kabul’, where she was found hanging in the make-up room.

This year was definitely a year of shocks. The year also saw the demise of actor Siddhaanth Vir Surryavanshi, who breathed his last while working out in a gym. Popularly known as Anand Surryavanshi, he is survived by his wife Alesia Raut and two children.

Siddhaanth passed away on November 11 this year.

Vaishali Takkar, who had acted in shows like 'Super Sisters', 'Sasural Simar Ka' and 'Yeh Rishta Kya Kehlata Hai' also passed away this year. After having completed her education from Educational Multimedia Research Centre (EMRC), she entered showbiz and went onto do many shows.

Vaishali Takkar passed away on October 15 this year.