Mary Elizabeth Winstead and John Goodman are perfectly cast and play beautifully off each other's character traits and weaknesses. The narrative manages to keep you guessing and at the edge for most of its runtime. The ending in fact raises more questions than the film can answer! 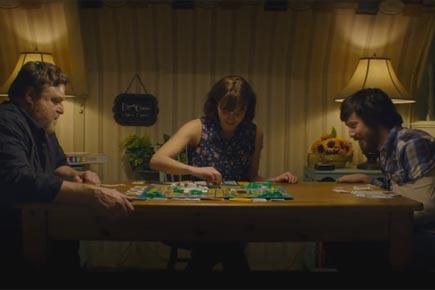 Imagine waking up captive in an underground shelter following an accident that may well have been deliberately caused. To begin with, as is her want, Michelle is running away from a fight with a loved one when she gets waylaid. It’s a scary proposition and Michelle (Mary Elizabeth Winstead) is suitably petrified. She is also brave enough to try to escape a few times over before she is restrained and made to see sense. The crazy man (John Goodman) who has her and Emmett (John Gallagher Jr.) at his mercy, tells her that he saved her from the wreckage of her car just as he was running to his underground hideout in order to escape from a chemical attack by unknown powers.

Watch the trailer of '10 Cloverfield Lane'

It’s a forced perspective and the big reveal comes only towards the end of the drama. Though not acknowledged as such, this seems to be a sequel to 2008’s ‘Cloverfield’ that was a found footage version of an alien invasion. The universe is the same. The action takes up close and personal in a smaller radius and with much fewer characters. Director Dan Trachtenberg throws in some psychological heft in a bid to spice up the thrills while gunning for thematic continuity with its well-received precursor. This is not a found footage film even though it sort of hovers around the similar content. Since it’s set largely within the confines of a closed-in space, there’s not much room for visual engagement.

The camera is invasive and in your face, highlighting the close confines of the space that the three principal players are trapped within. It’s Michelle’s perspective we are party to and it changes as she learns more and more about the circumstances behind her captivity. The tone and tempo varies accordingly. Winstead and John Goodman are perfectly cast and play beautifully off each other’s character traits and weaknesses.

The psychological suggestiveness and the tension are quite high. The narrative manages to keep you guessing and at the edge for most of its runtime. The ending in fact raises more questions than the film can answer! So are we in for another sequel? You guessed it!

Next Story : 'The Man Who Knew Infinity' - Movie Review