This live-action animation film in 3D has been imagined, created and helmed by Raman Hui, the Hong Kong-born animation supervisor who was involved with the genesis of the 'Shrek' franchise 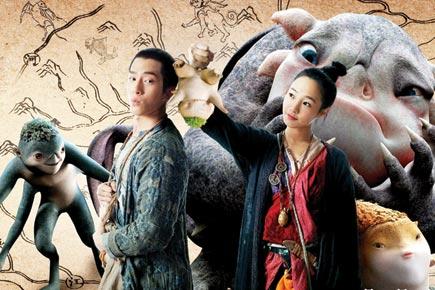 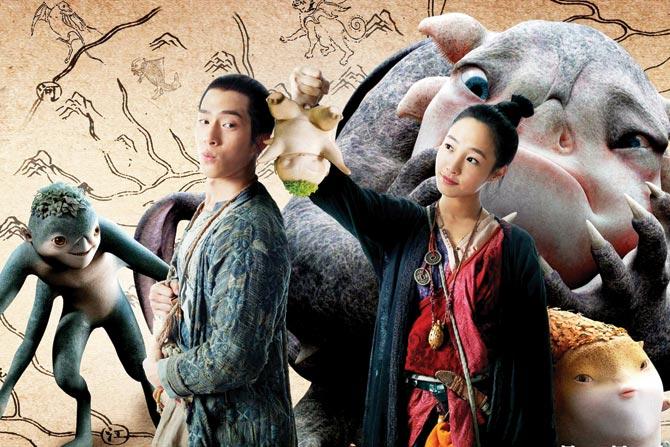 The story is delightfully drawn, but the narrative pauses and confusion in detailing lets you down

This live-action animation film in 3D has been imagined, created and helmed by Raman Hui, the Hong Kong-born animation supervisor who was involved with the genesis of the 'Shrek' franchise. Originally in Chinese but dubbed by Indian voice-over artistes in English and other Indian languages for the desi market, this fantasy yarn about humans and monsters living in the same space and even cross-breeding/ surrogating, is delightfully drawn, no doubt, but the narrative pauses and confusion in detailing lets you down quite a bit.

Hui has the ability and smarts to put together an audience-pleasing fare and he does go about it with great flair. The animation is top-notch, the character drawings may not be perfect, but they are charming nevertheless. The photo-real backdrops and the addition of live Chinese characters add substance to the proceedings. There’s monster-human shape shifting, gender-bending breeding and surrogacy for firsts and the cute looking monster princeling with his playful energy and amiable vibe is a heart stealer. Huba, a monster baby was transferred in embryonic stage to the stomach of a male human Tianyin (Jing Boran) for protection against rebel monsters. He is thrown out of the mouth of his surrogate parent in the form of an egg and gets hatched immediately.

A prince by birth, the little darling is pursued by his fellow monster enemies as well as human monster-hunters vying for a big booty. So, it’s up to his surrogate parent and a pretty butt-kicking female monster-hunter, Xiaolan (Bai Baihe) to save him for the bigger things he is destined for.

This film has been backed by a Chinese production with a mammoth budget (never before heard of in Chinese animation history) and the returns from the Chinese box office have been phenomenal in the first few weeks itself. And all because it’s a pleasurable mix of ancient and modern myths originating from China and Japan, and makes great use of folklore and pop-elements to slay its demons with skilful relish. While the narrative is not as brisk and
efficient as it should have been, and the dubbing is completely clueless, there’s plenty of charm and Confucian depth to keep you beguiled and interested.

Next Story : Jennifer Lopez: I am very normal and down-to-earth