'The Gallows', which is again a cheaply made film, shot with handy cams, and presented as a found footage movie with thrills and chills. Sadly the thrills in the film are lame and the chills are absent 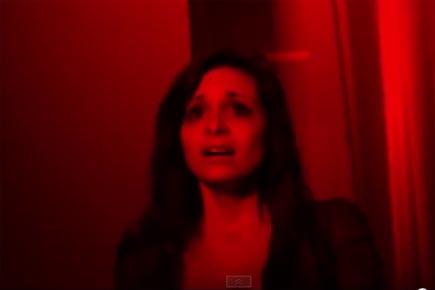 It's been fifteen years since 'The Blair Witch Project' came out and gifted Hollywood a new kind of genre – found footage horror.

Watch the trailer of 'The Gallows'

While that movie was scary in its own right and a fresh take on filmmaking and rendering scares, studios abused the power of that kind of cinema and began making crappy movies with the same style. Instead of writing good stories and delivering good films, they began shooting films in found footage style only to lower the budget of the films so the return on investment is much higher. It's a genius strategy – make a movie for peanuts, and make a ton of profit because people love horror movies. As a result over the past ten years we have seen a barrage of painfully bad found footage films that take a dump on the legacy of 'Blair Witch'.

The trend continues in this week's horror film 'The Gallows', which is again a cheaply made film, shot with handy cams, and presented as a found footage movie with thrills and chills. Sadly the thrills in the film are lame and the chills are absent. The story follows a group of high school students who are terrorized by a demonic spirit after they try to damage the set of a play at their school premises at night. They're picked off one at a time until the inevitable lone survivor surprise is left for the audience to enjoy.

The film has not one but two directors named Travis Cluff and Chris Lofing, and the visuals make it seem like both of them were fighting on set with the camera as to who should hold it. Because every frame of the film is a shaky mess, unsure of what it wants to show to the audience. No matter what it shows, the footage is boring. The characters are all stereotypical and incredibly dumb, doing asinine things, thereby making sure their deaths come across as a relief. The demonic entity isn't revealed for a very long time, making you all the more frustrated, because the mystery is given away in the first five minutes of the film.

The scares are mostly insulting to horror film buffs, ranging from long silences to the inevitable shouting matches between whiny characters after a jump scare, to people being suddenly grabbed and thrown around. It's all been done before thousands of times, and in much better ways. The film doesn't do much apart from making you look forward to leave the hall and go back home to play a genuinely good horror film.