'Inside Out' - Movie Review

'Inside Out' is a flat out masterpiece. It's not only the best Pixar film in years but also so complex, so intimate and so enjoyably lovely it becomes a special moment in your life when you're watching it in the theater for the first time 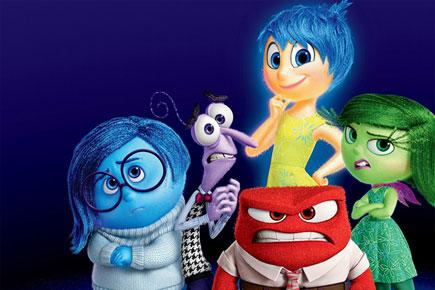 'Inside Out' - Movie Review

Do you remember back in 2009 when you went to the theater to watch a Pixar movie named 'Up', where you expected a 'cartoon' about a house flying off with the help of balloons, and you ended up sobbing uncontrollably in the first ten minutes of the movie? Do you remember placing that movie in a special place in your heart, and revisiting it every time you're down in life? It's time to make some room in your heart, because there's now a second movie that does those exact same things to you, and it's made by the same people who made 'Up'. 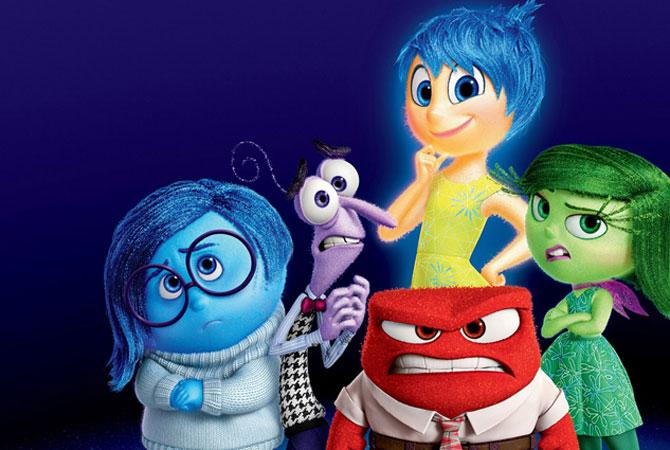 Poster of 'Inside Out'. Pic/Santa Banta

'Inside Out' is a flat out masterpiece. It's not only the best Pixar film in years but also so complex, so intimate and so enjoyably lovely it becomes a special moment in your life when you're watching it in the theatre for the first time. Directed by 'Up' helmer Pete Docter, the story takes place, incredibly, inside the mind of a little girl, where the central characters are her emotions – Joy, Sadness, Anger, Disgust and Fear. All of those emotions are walking talking beings on their own, voiced by a terrific array of actors from Amy Poehler to Bill Hader and Phyllis Smith. The emotions can see the outside world through a screen that shows everything that the girl they inhabit see, and they're responsible for every decision she makes in life.

It's an extraordinary concept and the stuff described above is just the tip of the iceberg, because the film goes into much more complex stuff, some of it never seen in cinema before. Somehow, the filmmakers manage to render all the complexity with the right balance of exquisitely timed comedy and finesse so that it's understood by audiences of all ages without much effort. For a kid, this film is a non-stop adventure ride with hilarious characters doing funny things, and for an adult it is all of those things plus the added layer of elements that makes them reflect their own life. Not to mention the amazing visuals that are bound to blow you away, and Michael Giacchino's music that once again renders mild goosebumps.

Cleverly, the film's central plot involves an incident that pretty much everyone has to go through once in life, so it becomes very easy to relate to the movie and moisten a few hankies watching it, remembering your own version of the incident. Going with the message of the film, it also makes you realize no matter how manly you claim to be, it's okay to shed a tear or two when a movie is powerful enough to bring out your most emotional childhood memory. The whole thing is inventive, eye popping and an emotional roller coaster ride from start to end. Go see it, preferably in 2D.