While the action in 'Jason Bourne' is racy and propulsive, it does feel a little far-fetched and fanciful. Ultimately it's Matt Damon alone who is top draw here. His sheer personification of Jason Bourne leaves little room for others to emulate. But for him this film would have been a 'Legacy' re-run! 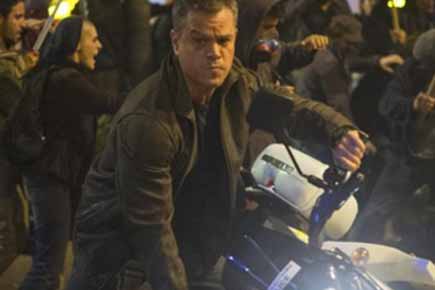 Paul Greengrass and Matt Damon together return to the 15-year-old franchise they made their own with this new outing that has Jason Bourne (Matt Damon), the former CIA rogue assassin, resurfacing years after the events of ‘The Bourne Ultimatum’, just as his former employers are bent on implementing a new program aimed at hunting him down.

With Matt Damon firmly in the saddle as Bourne and Paul Greengrass getting back his mojo (of sorts) at the helm, Jeremy Renner and his ‘The Bourne Legacy’ may well be a negligible chapter in the sequel history of this super successful action & intrigue franchise (3 for Damon and 1 for Renner). Of course, Matt Damon brings his own unassailable star power to the franchise and that is basically what gives this film its edge. Otherwise, it more than less feels like a reboot that incorporates some of the better aspects of the first three editions (Identity, Supremacy, Ultimatum).

Watch the trailer of 'Jason Bourne'

Don’t know what Bourne was doing in the interim but it’s 2016 when he resurfaces on the CIA radar thanks to Nicky (Julia Stiles)’s curiosity about the Treadstone project and the so far untraceable details regarding Richard Webb (Gregg Henry), Jason Bourne a.k.a David Webb’s father. CIA Director Robert Dewey (Tommy Lee Jones) with tech help from Heather Lee (Alicia Vikander) is quick to cotton on to the opportunity to finish off a loose link, getting hired assassin, super marksman, ‘Asset’ (Vincent Cassel) in on the action. The spy with the memory issues has become dispensable given that there’s intrigue and back-end shenanigans behind his ‘Treadstone’ origins.

Dewey also happens to be deeply involved with a tech pioneer Aaron Kalloor (Riz Ahmed) CEO of Deep Dream which promises intense levels of privacy to its customers while appropriating that data and giving it to the CIA through a clandestine deal. Following the aftermath of Wikileaks founder Julian Assange’s explosive revelations in the real world, internet privacy and government intrusion form the crux of Jason Bourne’s top-most concerns in this movie. So topicality is not much of an issue here. Unfortunately the concerns raised don’t come across as powerful or thematically strong. Greengrass and co-writer Christopher Rouse make that aspect sketchy while pursuing the chase and keeping the intrigue boiling.

Spy fiction author Robert Ludlum’s novels with the eponymous Jason Bourne may have ended long ago but creators of cinema have a way of mining the same theme again and again for visceral thrills and that’s exactly what this film does. There’s barely any dialogue but what little gets said, is made to feel momentous. The pace, the action and the intrigue are constructed well enough to keep you riveted. Barry (‘The Hurt Locker’) Ackroyd’s cinematography is breathless enough but it doesn’t get you totally immersed in the desperation. While the action is racy and propulsive, it does feel a little far-fetched and fanciful. Ultimately it’s Matt alone who is top draw here. His sheer personification of Jason Bourne leaves little room for others to emulate. But for him this film would have been a ‘Legacy’ re-run!

Next Story : Will Smith: Supervillains give you a license to enjoy being bad