Cameron Diaz wasn't the first choice for The Mask!

Chuck Russell, the film's director of The Mask said that earlier he was eyeing a model Anna Nicole Smith to play the nightclub singer who mesmerises Carrey, in the 1994 film. 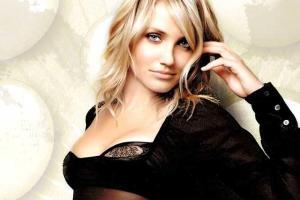 
Jim Carrey starrer 'The Mask' marked the debut film of actor Cameron Diaz but it turned out that she wasn't the first choice for the film! Chuck Russell, the film's director told Variety that earlier he was eyeing a model Anna Nicole Smith to play the nightclub singer who mesmerises Carrey, in the 1994 film.

"We met. Anna was charming and bubbly but did not have other qualities needed for the role. I never took the next step to run scenes with her," Russell said, eventually opening the doors for Diaz to join the film. "I saw Cameron's 8x10 on the casting desk and asked, 'What about her?' and I was told she was submitted but had not acted in anything else yet. I said to bring her in and let's see," he recalled.

And as Diaz auditioned for the role, she turned out to be the only and right "person for the part as far as I was concerned after her first reading." And as they moved ahead with the process, Russell shared that he "saw the chemistry with her and Jim."

"Eight callbacks later, including improve with Jim, I finally convinced producers [to cast her]," he added. The iconic film released in 1994 established Diaz as the leading lady and with Carrey's taking the center stage as the leading man.

Not only this, but Carrey even earned the Golden Globe nomination for his role. As of now, the 46-year-old actor has retired and put an end to her cinematic career last year in April.