Harry Potter star Rupert Grint is going to be a dad 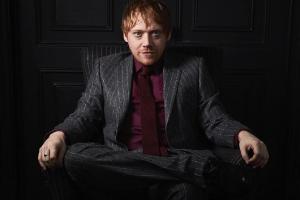 
Harry Potter star Rupert Grint has announced his girlfriend Georgia Groome is pregnant with their first child. Grint, known for his role of Ron Weasley in the hit fantasy franchise, has shared the news through a representative, reports dailymail.co.uk.

"Rupert Grint and Georgia Groome are excited to announce they are expecting a baby and would please ask for privacy at this time," said the representative. Grint 31, and Groome, 28, have been together since 2011. On Thursday, Groome showed off her baby bump when the couple stepped out in North London to stock up on supplies amid the COVID-19 lockdown.

They were pictured strolling along in the sunshine after visiting a pharmacy, and a Whole Foods to pick up some groceries. Groome was fresh-faced for their outing, while carrying her phone and some pharmacy purchases in her hand.

Last year, the couple sparked marriage rumours as Groome was spotted wearing a gold band on her wedding finger during pub lunch. The "Double Date" actress rocked a trendy denim pinafore dress and a grey oversized jumper. Groome opted for minimal accessories during their cosy lunch date, with attention on her gold band. Grint also stepped out with a simple ring, which he wore on his middle finger.