In an interview with Australian Women's Weekly, Kidman opened up about her divorce from Cruise, reports usmagazine.com 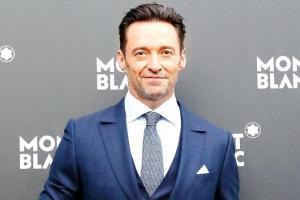 In an interview with Australian Women's Weekly, Kidman opened up about her divorce from Cruise, reports usmagazine.com.

"When I got divorced, Hugh and Deb were so much a part of my healing," Kidman said.

"They were some of my best friends through that period," added the actress, who is busy with the second season of "Big Little Lies". The show is aired in India on Star World.

Kidman and Cruise called it quits in 2001 after 10 years of marriage. The former couple shares two adopted children: Isabella, 26, and Connor, 24. The "Aquaman" actress has since moved on with husband and singer Keith Urban, whom she wed in 2006.

"The greatest thing our family priest told us very early on in our marriage was, 'Always kiss hello and kiss goodbye'. It just keeps you connected," she said.