Mindy Kaling: Being pregnant during pandemic was a little scary

Mindy Kaling, who recently welcomed her second child, says being pregnant during the pandemic was a scary experience 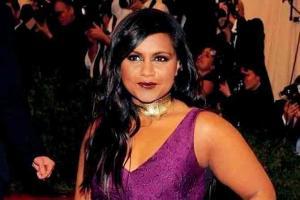 
Actress Mindy Kaling, who recently welcomed her second child, says being pregnant during the pandemic was a scary experience. She has also praised frontline workers in a new tweet. "Thanks to everyone for your kind words about the new addition to my family. Being pregnant during the pandemic was a little scary, but it made me appreciate all the doctors, nurses and medical professionals who continue to work tirelessly giving treatment to those who need," Mindy tweeted.

On October 9, Mindy shared that she has given birth to her second child, a baby boy. Kaling made the announcement during an episode of "The Late Show With Stephen Colbert", reports people.com.

"I'm telling it for the first time now, it feels so strange. But I gave birth to a baby boy on September 3," Kaling told the host.

Colbert said: "No one even knew you were pregnant!" To this, the actress replied: "I know! I know! This is news to a lot of people."

When Colbert asked her son's name, Kaling revealed: "His name is Spencer".

Kaling has a one-year-old daughter named Katherine, who is two and a half years old. She has chosen not to reveal the identity of her newborn's father.

Next Story : Angelina Jolie, Christoph Waltz in talks for 'Every Note Played'