'Baywatch', the big screen adaptation based on the hit TV series inspired by Michael Berk's creations, which starred David Hasselhoff, is a dead bore and not even our desi-gone-to-Hollywood Priyanka Chopra's designer wickedness can bring it alive 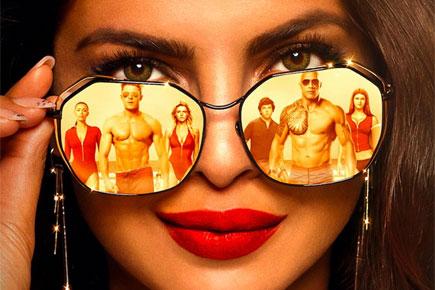 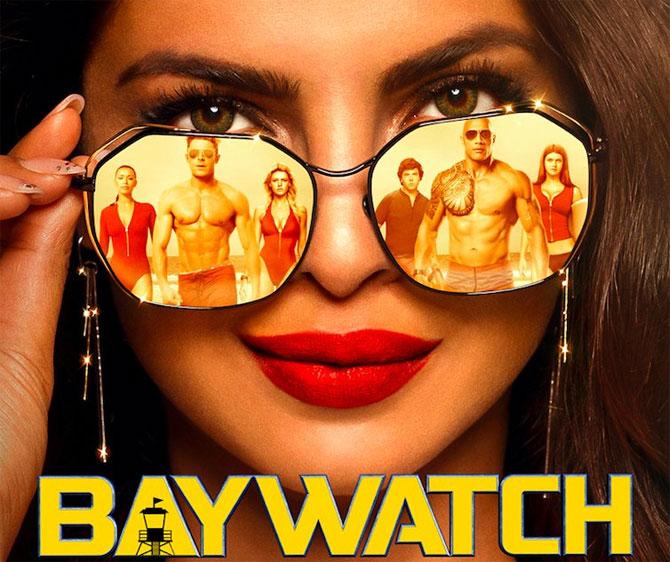 This big screen adaptation, based on the hit TV series inspired by Michael Berk's creations, is a dead bore and not even our desi-gone-to-Hollywood, Priyanka Chopra's designer wickedness can bring it alive. There's a scene in the film where Priyanka as Victoria Leeds steps out of her jeep on to a footstool that is put out for her by her two burly henchmen and she nearly topples off it. We're obviously meant to think that she's a hot-shot lady but what we get instead is 'Is she too short for Dwayne?'


It's giant sized Dwayne Johnson as Mitch Buchanan - and his team, she has come to invite to a party at her happening nightclub, The Huntley. She looks appealingly uber-sexy and he is not so eager to be entrapped. And in between saving a woman and her kids from drowning, getting into the recruitment process with new prospects Ronnie (Jon Bass), Matt Brody (Zac Efron), Summer (Alexandra Daddario), saving two drugged out south American women from a burning boat, the film plays around with some shady real estate dealings, culling of opponents, tiresome face-offs with a black cop, unending discussions about jurisdiction and pointless all-too-brief insertions of the original TV stars David Hasselhoff and Pamela Anderson. While all along Lifeguard Mitch Buchannon (Dwayne Johnson), Stephanie (Ilfenesh Hadera), C. J. (Kelly Rohrbach) and a brash new recruit (Zac Efron) are meant to uncover a criminal plot that threatens the future of Emerald bay.

One thing is clear though, Dwayne Johnson who also seems to have a behind-the-scenes role in this vacuous production, is a fan of the TV series and may have long since imagined himself in the iconic role. What else could explain the non-stop ego massage he indulges in all through the narrative. His Mitch Buchanan is about playing a part with the most ridiculous of props and dialogues one can imagine. The blazing Red costume now has a lot of blue in it too. Slang words spew out aplenty and pint sized dolls replicating his Baywatch look stand scattered in fish tanks across his home. Such self-absorption doesn't augur well for the drama or the movie.

This film is nearly two hours long with a storyline that wouldn't be much of a challenge even to a 6-year-old kid and zero funnies to go with it. Pop songs smatter the narrative trying to keep romance and Baywatch credo alive but it's from a 'done that' realm. Aiming for vulgarity that is not even remotely entertaining, the raunchy humor dialogues and slapstick extends to gay-panic gags that sound and look, crude and atrocious. The excessive profanity in the script (written by Damian Shannon and Mark Swift) really begs to be shut down. The digital effects are lackluster, and entire set-up looks a little too crummy and plasticized to be real. You'd better hang in to those TV series re-runs, you're likely to get more purchase out of them even on replay!

Next Story : Tina Desai upset with cancellation of 'Sense8'