'Beauty and the Beast' - Movie Review

This latest rendition of the all-time children's classic fairytale 'Beauty and the Beast' is a trip fantastic and it beats all the versions that have come before it, in terms of creative flair, cinematic essence, musical highs and digital magic 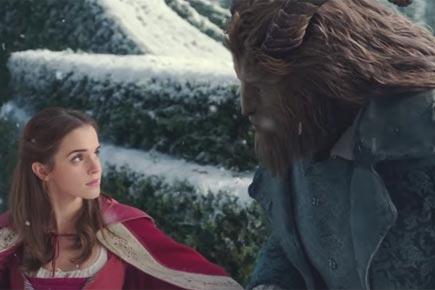 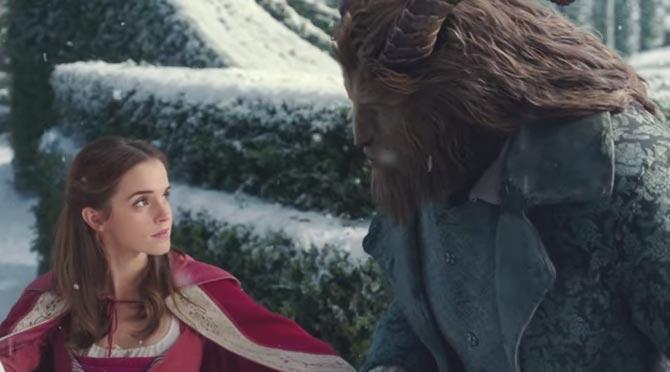 Since the 1990s, Disney has been exploring newer ways of presenting its cherished classics (other than frequent re-issues) and have struck gold with effects laden digitally tweaked 'Alice In Wonderland,' 'Cinderella' and 'The Jungle Book'. So it wasn't too long before its most coveted property, the first animated film to compete in the Oscar's Best Picture category, got a makeover the likes of one we've never seen before. This latest rendition of the all-time children's classic fairytale 'Beauty and the Beast' is a trip fantastic and it beats all the versions that have come before it, in terms of creative flair, cinematic essence, musical highs and digital magic. This re-jig of the classic fairytale is presented as an old fashioned musical with magical trappings that are simply dazzling to behold.

The production values go sky high as the production design gilds every visual with Rococo gold décor that makes everything on display sparkle with a luminosity that is simply breathtaking. And the magnificent beast is as princely as they can come - with his dazzling blue eyes in the guise of a ram-horned bison-faced creature (played by Dan Stevens ). Majestic and vulnerable in his cursed form, he may be beastly but the core does evoke love- Independent Bookworm oddity, Belle's (Harry Potter's 'Hermoine' Emma Watson making the role her own) empathetic feeling of a love so strong that it could resurrect the Prince in him. Disney even goes so far as to suggest that love can be gay and merry too - in a celebratory formal dance where LeFou (Josh Gad), inseparable buddy of the boorish Gaston (Luke Evans) fleetingly dances with a male partner.

The basics of the plot retain the familiarity of yore. The Prince is cursed by a powerful sorceress in the guise of an old lady who decrees that he has to find everlasting love before the final petal of the rose he rejects falls - in case he wants to regain his human glory. Maurice, Belle's father (Kevin Kline) is imprisoned by the Beast inside his forbidding castle for plucking a rose from his garden and Belle eventually offers to take her father's place. The enchanted household objects conspire to get the odd couple to fall in love in order to break the spell that could imprison them in their present form for eternity.

Screenwriters by Stephen Chbosky and Evan Spiliotopoulos make Belle and the Beast kindred spirits- oddities of the world (both lose their mothers while still in their nappies) who prefer to be solitary in their differences from the rest of the world. Belle is a woman to be reckoned with. She knows her mind, refuses to be forced into a conventional marriage and even outsmarts the ones who want to keep her cowed down.

The CGI versions of Lumiere (voiced by Ewan McGregor) and Cogsworth (voiced by Ian McKellen) - the royal servants magically transformed into a candlestick and clock, are imaginative but the hand-drawn animation of the original is pretty hard to forget. Dan Stevens looks more majestic and impressionable as the animated, motion captured and CGI'd beast than he does as a wholly human Prince. Emma Thompson's voicing of Ms Potts and singing the hauntingly melodic title refrain is certainly a highlight of this experience. Director Bill Condon shows dedication in injecting a certain lushness and scope to the spectacle he imagines. The tunes are catchy and memorable, the songs hit the high notes beautifully and stay with you much after the movie is done and over and the performances are well in keeping with musical tradition. But it's the action that doesn't come all that good. The battle between the Beast and treacherous Gaston amidst rooftop turrets, crumbling buttresses and gargoyles is effective but doesn't retain interest for long- mainly because of it's inspired essence. Despite that, 'Beauty and the Best' looks all set to enchant both young and old!