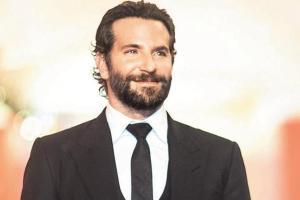 
Actor Bradley Cooper is in talks to star in an upcoming period drama. The film, set in the seventies, is written and directed by Paul Thomas Anderson. Anderson's yet-untitled next is a coming-of-age drama set in San Fernando Valley of the 1970s, reports hollywoodreporter.com. Plot details are under wraps right now, but the film involves multiple storylines revolving around a child actor attending high school in the Valley. Cooper's role is unclear as of now.

The project was supposed to start production in the summer of 2020 prior to the Covid-19 shutdown. According to sources, the film is now expected to start later this year, depending on how and when shooting is allowed to begin in Los Angeles.

The film will be Anderson's first release since his acclaimed 2017 feature, "Phantom Thread". The filmmaker is also knows for works such as "There Will Be Blood", "Boogie Nights", and "Inherent Vice".

Meanwhile, Cooper is all set to direct once again after winning accolades for "A Star Is Born". He will direct and star in an untitled Leonard Bernstein biopic for OTT release. Cooper will play the legendary composer Bernstein in the film.