As per The Hollywood Reporter, the Walt Disney Company and BTS' studio home Hybe revealed a new global content partnership that will see the companies work together to produce five streaming titles, including three projects featuring BTS members. 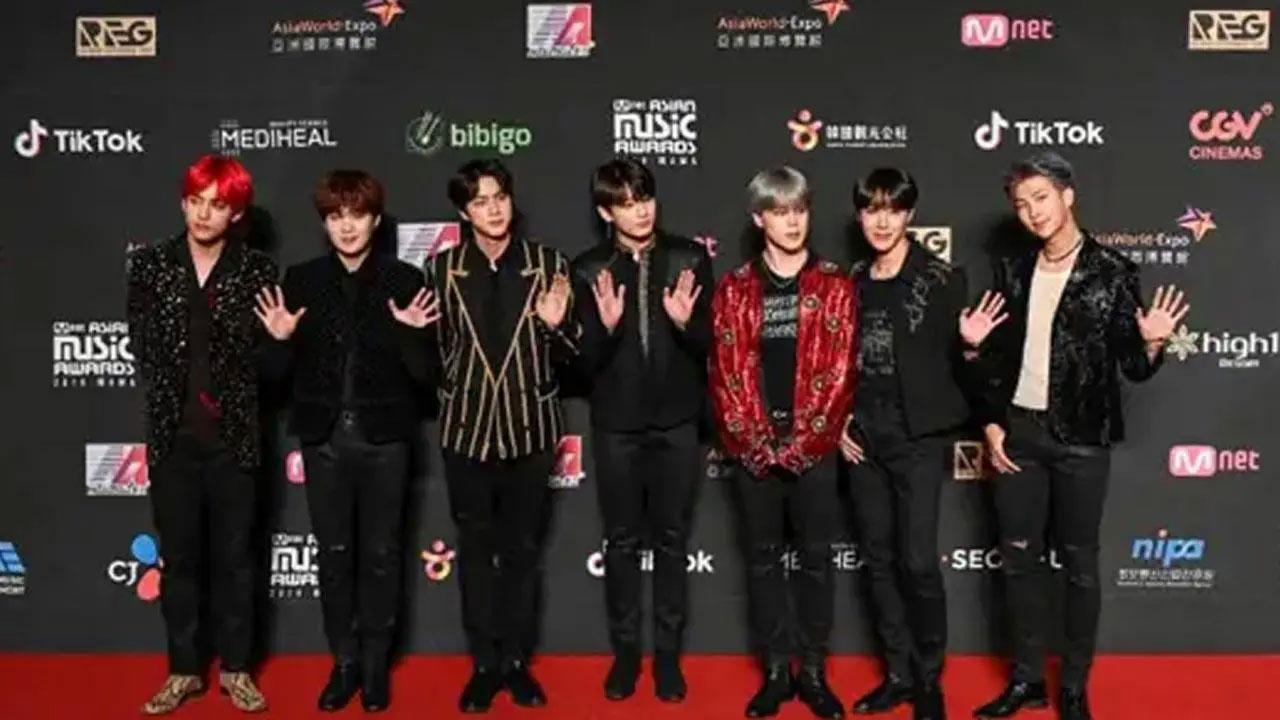 
K-pop boy band has partnered with Disney+ to come up with three exclusive projects on the streaming platform. As per The Hollywood Reporter, the Walt Disney Company and BTS' studio home Hybe revealed a new global content partnership that will see the companies work together to produce five streaming titles, including three projects featuring BTS members.

One forthcoming project is 'BTS: Permission to Dance on Stage - LA', which will be an exclusive cinematic 4K concert film featuring BTS' live performance in Los Angeles' Sofi Stadium in November 2021. Performing Billboard hit songs "Butter" and "Permission to Dance," this was the first time in two years since the pandemic that the band met fans in person.

'In the Soup: Friendcation' is another project that has been touted as an original travel reality show with a star-studded cast including V of BTS, Itaewon Class' Seo-jun Park, Parasite star Woo-shik Choi, Hyung-sik Park and Peakboy. The show features the five friends venturing on a surprise trip and enjoying a variety of leisure and fun activities. As per Disney, the third project titled 'BTS Monuments: Beyond the Star' is an" original docu-series that follows the incredible journey of 21st century pop icons BTS."

"With unprecedented access to a vast library of music and footage over the past nine years, the series will feature the daily lives, thoughts and plans of BTS members, as they prepare for their second chapter," Disney said. The show will be available exclusively on Disney's streaming services in 2023.

"We are thrilled to be collaborating with Hybe to showcase their original content created with powerful artist IP on our global streaming services including Disney+," said Jessica Kam-Engle, Disney's APAC head of content. "This collaboration represents our creative ambition - to work with iconic content creators and top stars in Asia Pacific so their talent can be enjoyed by mainstream audiences in multiple ways. We believe these new titles will captivate consumers worldwide and look forward to introducing more music content on our service." BTS consists of 7 members - RM, Jin, Suga, J. Hope, Jimin, V and Jungkok - with Rm as their leader.

Next Story : 'The Kardashians' season 2 teaser: Kim asks boyfriend Pete Davidson to 'shower' with her