From the soon-to-release Cinderella to Black Widow, here are 5 films that have females as  its protagonist 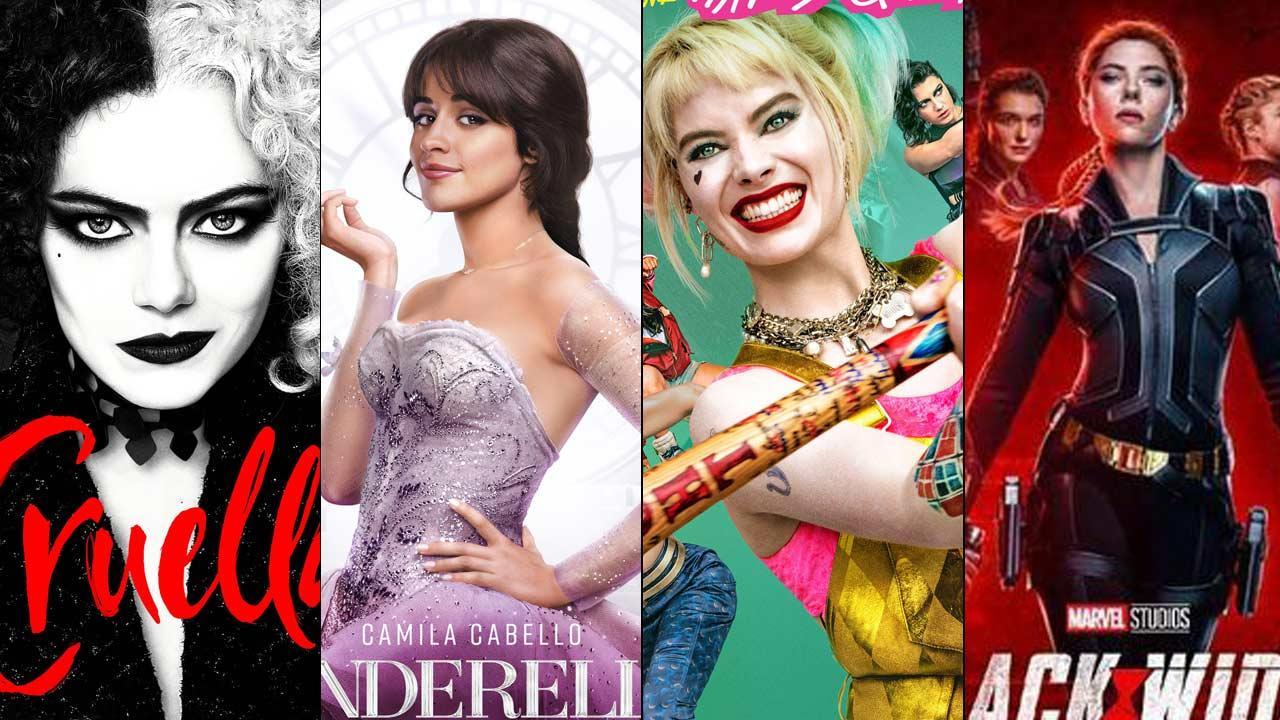 
Featuring a lead actress in a movie or show is the simple and in some cases only answer to ‘Why should boys have all the fun’. Over the years we’ve seen countless women-centric offerings that feature leading ladies pack a punch to leave us cinephiles in admiration of their stellar acting skills. They also showcase that there are no barriers for women, they can do what they want and be themselves. Movies with heroines who are performing the lead roles build up confidence and are a strong re-enforcer for all the viewers (especially the ladies) to thrive for being themselves. So here are 5 movies that are all about actresses stealing the limelight and being their own ‘heroes’.

Having fascinated children for decades, Cinderella has been an evergreen fairytale. Multiple versions of this magical story have been made into movies and this time it's coming again but with modern and bold- twists and turns. Directed by Kay Cannon, the film stars Camila Cabello, Idina Menzel, Minnie Driver and Billy Porter in pivotal roles. Via the look of the trailer, Cinderella aka Camila Cabello, simply nails her performance and steals the show so much so that you just can’t see anyone except her. Cinderella is coming on September 03, 2021, to make you believe in magical stories again exclusively on Amazon Prime Video.

If you are looking for crime, comedy, drama, madness, thrill and hot looks, this film is your destination. Directed by Craig Gillespie, starring Emma Stone and Emma Thompson in lead roles, this movie is a halt to be crazy and release the madness stored inside you. Releasing on August 27, 2021, on Disney+ Hotstar, Cruella will showcase that not all protagonists are heroes but some are mad and crazy to elevate our adrenaline rush.

Also Read: Five reasons why new-age fairytale 'Cinderella' is winning over the internet

Marvel and Agent Romanoff are back again with a new movie, Black Widow, and the excitement among the fans is at the pinnacle. Starring Scarlett Johansson, this movie will focus on Natasha Romanoff’s past and her journey from being a girl to becoming the Black Widow. The transformation is surely flabbergasting and the wait to watch the red hair, black widow doing some exceptional action scenes and kicking the villain’s ass is over. She is the action-superheroine we all have been looking up to. Natasha is sure to give us chills down the spine with her good looks, seducing voice, on point acting skills and highly intense action sequences.

This superhero film changed the way one looked at old war stories, where the king and soldiers are at the battlefields and ladies and children are hiding in a castle. This movie will make you ‘wonder’ if there is something a woman can’t do? Starring as the lead cast in the movie is Gal Gadot and she did an exceptional role with the intense action scenes and on point dialogue delivery.

Harley Quinn is the one and the only antidote to the Joker. Her madness is unimaginable and unparalleled. Watching Margot Robbie as Harley Quinn is thrilling AF and for once we forget if she is the hero or the villain, but we just are glued to this character. Harley Quinn is a badass, crazy character and she just takes our breath away.

Next Story : Tom Cruise reveals most dangerous stunt ever in 'Mission: Impossible 7'