'Fantastic Beasts and Where to Find Them' - Movie Review

Fans were devastated when author JK Rowling decided against adding any more tomes to her Harry Potter series. But, the studio, of course, was not willing to accept that 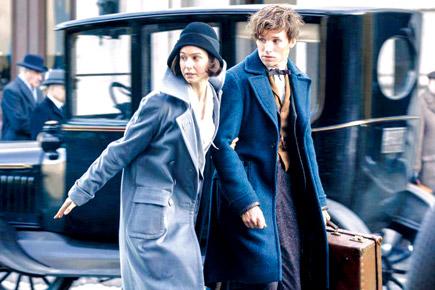 Fans were devastated when author JK Rowling decided against adding any more tomes to her Harry Potter series. But, the studio, of course, was not willing to accept that. They persuaded Rowling to work out an entire screenplay instead from the underdeveloped recurring subplot about the special textbook that magic student at Hogwarts, Harry Potter, used. So, this new film by four-time Harry Potter director David Yates adds to the myth by digging deeper into the author Magizoologist Newt Scamander's (Eddie Redmayne) back story. 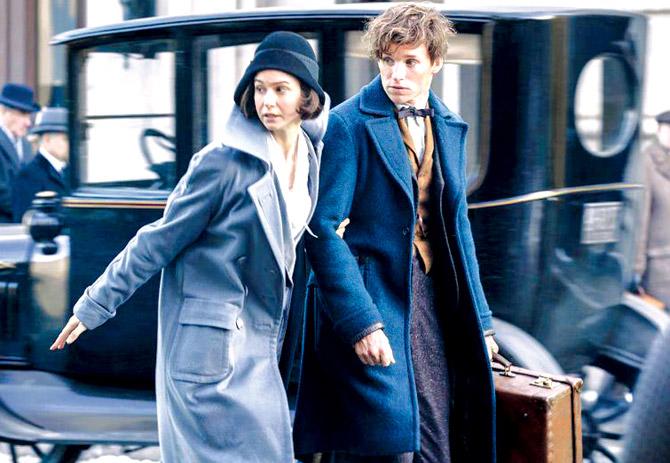 A still from 'Fantastic Beasts And Where to Find Them'

This spin-off fantasy adventure is fascinating and is treated with such contemplative incandescence that even the most lacerative critic of the Harry Potter series would melt in reverence. The fans don't know the story beforehand because there's no book of it preceding this effort. So, curiosity is high.

Scamander, a loner, way back in 1926, is a saviour and healer of magical creatures — the nifflers, bowtruckles, erumpents and so on. He travels to New York to collect new endangered species, carrying a suitcase that is as accommodating as Noah's Ark. The leather suitcase, much like the travellers accompaniment (on the outside) in those days, appears to have a vast, incredulous interior that contains its own time-space portals.

Scamander has just touched down in New York and the adventure begins in earnest. His magical creatures keep escaping their protective confines and he has a glorious time finding them. His case also gets switched with Jacob's (Dan Fogler), a portly, amiable baker who knows nothing of magic. And such people are called No-Majs — you can't get more obvious that that.

Watch the trailer of 'Fantastic Beasts and Where to Find Them'

Redmayne fits the role of the shy, sheepish and uncomfortable-among-humans, Scamander. Katherine Waterston, as Tina, a security officer with the Magical Congress of the United States of America (MACUSA) who takes him into custody, is as earnest as they come. Collin Farrel, Jon Voight, Ezra Miller, Samantha Morton and others round up the cast with their luminous presence.

The set designs are out of this world, Colleen Atwood's costumes makes the era come alive and the CGI is both inventive and affective. The story may not make much sense altogether, but the magical experience thereof is never limiting. This is, by far, the best Potter movie — even if it is not about him.

Next Story : Spotted: Ali Fazal in Agra shooting for 'Victoria and Abdul'