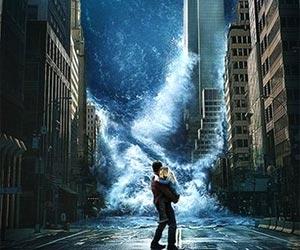 Hollywood disaster movies are usually very slick and this one gets there quite comfortably but the central idea here is presented in a way that appears totally devoid of smarts. It seems the world has already gravitated towards a space station that has the potential to control the weather patterns on Earth. As claims would have it, it was the unprecedentedly savage series of encounters with natural disasters that set the major countries (including India) of the world to think up this intricate network of satellites, 'Dutch Boy,' to control the Global climate and keep earthlings safe. It's a timely concept, no doubt, coming as it does close on the heels of the series of climate disasters that have been plaguing the real world in recent times. 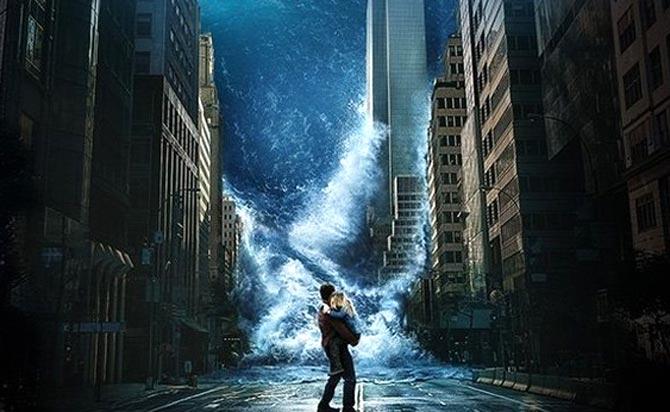 
But the safety network of satellites is not foolproof and can be tampered with too. And Jake Lawson (Gerard Butler who looks anything but a scientist) who was entrusted with the task of putting the project together and overseeing its execution, has been conveniently dismissed and replaced by his own brother Jim Sturgess), just in time for another series of weather setbacks - fiercest storms that earth has ever experienced - in Afghanistan, Tokyo, Rio etc. So what does that tell you?

That Hollywood hasn't gotten over its third world sentimentality is evident. The first person who gets ejected out of the Dutch Boy; due to a malfunction also happens to be an Indian. And no prizes for guessing that it's the US (amongst the worst offenders of the climate agreement) who happens to be steering the save the world campaign here - albeit, led by the Scottish American scientist Jake Lawson.

Dean Devlin, one of the many producers of 'Independence Day' puts himself at the helm here and it's clear that 'Independence Day' styled digital catastrophes are an integral part of this package. The brothers have to team up, with help from the scientists and unearth and nix the conspiracy that is propelling the satellites into creating a "geostorm", an ever-expanding mass of cataclysmic weather that could kill untold millions throughout the world. The room for digi-graphics is immense but what comes up on screen feels restricted and stupid for most parts.

Weather-related destruction is built up in fits and spurts and even that seems like it's all come before. You might go in expecting tsunamis and killer hail but that's just a small part of the film. Most of the narrative is cornered by people logging into servers, encryption talk and review of surveillance footage. Technology showcased here might look cool but it also drains out all the interest value that the story had to begin with. There's really nothing spectacular, sustaining or memorable about the catastrophes designed here. There's not much acting to be had, either. Gerard Butler may be able to save the White house from disaster but the world? Isn't that a little too much to expect from someone who is better known for his largely, testosterone spewing antics? You tell me...

Next Story : Priyanka Chopra wants to collaborate with Rihanna