Kylie Minogue: It was a crazy experience, but I’d love another take 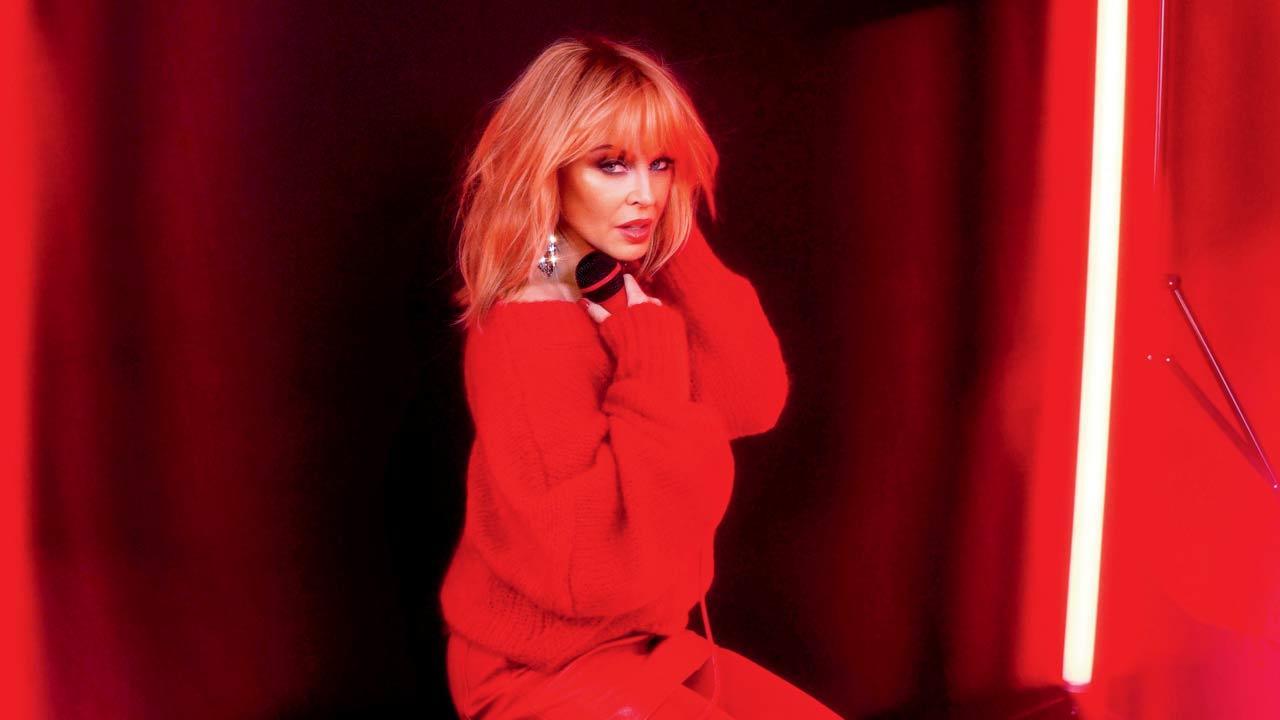 
Kylie Minogue’s spirited greetings can enliven a seemingly demanding day. The Australian singer is best remembered to Bollywood aficionados as the artiste who grooved with Akshay Kumar to the track, Chiggy wiggy, over a decade ago in the film, Blue. On international turf, the Grammy Award, Brit Award and ARIA Music Award-winner has been among the most powerful forces of the pop music industry since the ’90s. Connecting with mid-day over a video conferencing app, Minogue discusses her recent project, Disco: Guest List Edition, in which she imbues renewed vitality into revered tracks of the 2020 original album. Backed by a power-packed ‘Guest List’, Minogue says the varied collaborators were seamlessly integrated into the tracks. “I have worked with Dua Lipa in the past, so this association was only [par for the course]. I had loved Jessie Ware’s album, What’s Your Pleasure. It was inspired by disco. When I participated in her podcast, we spoke of working together. Olly Alexander and I had sung [at a] Christmas show before, and he joined me on this list. Gloria Gaynor is a beacon of disco. I ended up with four incredible artiste, all of whom belonged to different areas.”

Despite a three-decade-long career in the music industry, Minogue isn’t particularly set in her ways. She allows herself to be influenced by producers, writers, and new-age artistes who are establishing trends and redefining sounds. It is possibly owing to this tendency that she continues to “stay current”. “I have enjoyed trying to stay current, and be aware of the goings-on in the industry. I allow it to rub off on me. Many of these producers and writers share the room with other artistes. I love the new sounds that are [being made] today.”

It is somewhere during these in-person meetings that new ideas are brought to life. And while the lockdown afforded her time to hone new skills, and enjoy the luxury of producing music in her voice, she admits that the excitement of interacting and collaborating with artistes face-to-face was certainly missed. With a sense of normalcy seemingly being restored, she wants to “focus on the T word”. “I want to get back to touring, and perhaps do a show in India. The thought of it gets me so excited, I might cry.”

While the tendency of Indian music-makers to appoint International artistes — Akon (Chammak challo), Pitbull (Slowly slowly) — isn’t new, Minogue was inarguably among the first few pop singers to feature in a desi offering. What sparked her interest, we ask. “There are a lot of things that I do on the pretext of having never done them before. Sometimes, I’m too curious for my own good. It was incredible to work with AR Rahman and the team. It was also crazy; like organised chaos. After so long, if I could do another [similar project], I’d love to do so.”

Next Story : 'Spider-Man: No Way Home' has third-best opening weekend ever for a Hollywood film