'Moana' is traditional Disney, yet has a much more vaunted ambition of imparting life lessons -by going back in time, mining from the ancient folklore of Polynesian culture and myth, never seen before in mainstream Hollywood cinema 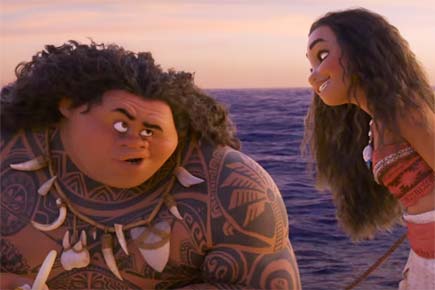 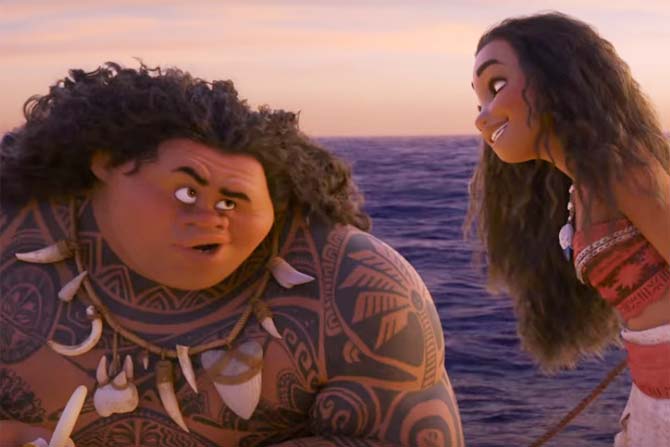 ‘Moana’ is traditional Disney, yet has a much more vaunted ambition of imparting life lessons -by going back in time, mining from the ancient folklore of Polynesian culture and myth, never seen before in mainstream Hollywood cinema. The film has an intriguing mythology of demons and demigods, inspiring a creation story with ancient fantasy that’s never been so wonderfully rendered.

The heroine Moana(voiced beautifully by Aul’il Cravalho) isn’t just a girl aching to explore new horizons- she in fact is driven to find out what lies behind the forbidden reefs off her beautiful South Pacific island paradise.

The story is sheer enchantment. The movie begins with Gramma Tala (Rachel House) telling the legend to a group of toddlers on the island of Motunui. Whenever any scary part comes though, all the children look suitably terrified-except Moana. The enthralled Moana has been chosen by the ocean ( possibly as a reward for a kind act toward a sea creature) to take on a quest involving a long and dangerous journey that will, hopefully, save her island and her people. Her wayfinder’s blood is calling out to her and her special affinity with the ocean reveals to her an ancient curse that must be righted- a glowing green, jade-like stone—the heart of Te Fiti must be returned to it’s origins. Her father Tui (Temuera Morrison) warns her of the dangers of the sea and throws the stone away. But Gramma Tala, well aware of the ancient lore, encourages her to set out in search of trickster, demigod Maui(Dwayne Johnson) who was the one responsible for stealing the heart of Te Fiti(mother Earth). The rest of the movie is about how Moana manages to convince an egoistic , arrogant Maui into righting his wrong. And it’s sheer entertainment all the way through.

Moana is not rebelling against her father’s strictures, she in fact wonders why she feels the pull away from the family. “What is wrong with me ?” she croons soul-searchingly. The vision of the past helps strengthen her resolve. Moana is not hiding away from the reality of her cultural inheritance. She in fact allows it to supersede all other cares while embodying the restless way-finding spirit of her ancient forefathers.

In a shift away from the commonplace, Disney makes it all profound. Maui’s animated tattoos (his conscience prodding him to do the right thing) are a work of art that deserves the highest praise. The villain who has Maui’s handlebar wand in his treasure chest is pretty comic- but there’s also a lesson to be learnt. Mother Earth is not to be toyed with. Her ruination can only spell doom for humankind. And it’s put across so beautifully that you can absorb it just as easily.

Thanks to Samoan-New Zealander singer-songwriter Opetaia Foa’i; Mark Mancina and Lin-Manuel Miranda both Dwayne Johnson and Auli’l Cravalho make their singing debuts with elan. The combination of 2D and 3D animation in use here is so meticulously expressive that all the characters appear to have a life and presence of their own. The animated short that precedes "Moana," "Inner Workings," which resembles ‘Inside Out’ in style, is about the emotional control center of Riley, a white-collar employee whose life is ruled by his head and not his heart. As an appetizer before the main course it whets the interest and keeps you eager for more. And the main course proves to be something really precious- a memory of lessons learnt, that could hold for several lifetimes!